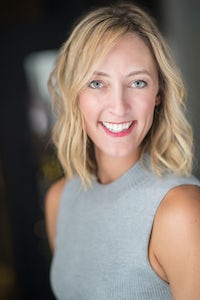 NEW YORK, United States — Rag & Bone's Marcus Wainwright is stepping down as chief executive of the ready-to-wear label he founded in 2002, naming Nike veteran Stefanie Strack to the top position effective September 10. Wainwright will take on the title of chief brand officer, overseeing the creative direction of the brand.

Strack spent 14 years at the sportswear giant, most recently as vice president, general manager of Nike Express Lane, a division focused on accelerating Nike’s direct-to-consumer efforts by improving speed to market. She joins the ready-to-wear brand as it looks to reduce its dependence on department stores by boosting own-store and online sales; as of early 2017, wholesale made up 65 percent of total sales. She is Rag & Bone’s first female leader and will also sit on the company board of directors.

“Stefanie brings us a wealth of experience in key strategic areas and personifies the Rag & Bone woman,” Wainwright said in a statement. “Her coming on board allows me to focus on what I love, which is designing great product and continuing to build the Rag & Bone brand.”

Wainwright founded Rag & Bone in 2002 with childhood friend and longtime business partner David Neville. The duo headed the company together for nearly 15 years, except for a brief period between 2013 and 2015 when retail executive Mike Tucci served as managing partner. On Neville’s exit from the business in 2016, Wainwright took the reins as sole chief executive alongside his design duties.

Wainwright’s dual-role appointment came at a time when creative directors at other luxury brands were also assuming management roles, including Christopher Bailey at Burberry and Alexander Wang at his namesake label. However, neither of these strategic arrangements worked out: Bailey, who has since exited Burberry, resigned his CEO title in July 2016 amid dwindling sales, while Wang stepped down as his company’s CEO in October last year.

The leadership change at Rag & Bone is part of an ongoing restructuring of the company. In June, the company let go of about 20 people in its New York offices. According to a company spokesperson, the lay-offs included “a number of performance-related workforce reductions.”

Marcus Wainwright on Rag & Bone and Going It Alone