The Italian fashion group that owns Diesel, Marni and Maison Margiela added to its existing investment in the brand founded by the Dutch design duo Viktor Horsting and Rolf Snoeren in 1993. 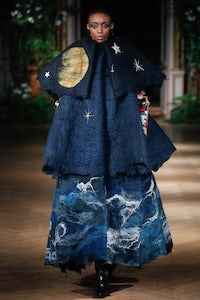 The Italian fashion group that owns Diesel, Marni and Maison Margiela added to its existing investment in the brand founded by the Dutch design duo Viktor Horsting and Rolf Snoeren in 1993.

MILAN, Italy  — OTB, the Italian fashion group chaired by Diesel founder Renzo Rosso, upped its stake in Viktor & Rolf from 51 percent to 70 percent, the company said Thursday. The remaining 30 percent will be equally split between Viktor Horsting and Rolf Snoeren, the founders of the Amsterdam-based brand. They will remain the house’s creative directors and board members. The terms of the deal were undisclosed.

“We love each other. They are true artists and I want them to be happy,” said Rosso. “It's something that we had agreed upon a long time ago.” OTB acquired Viktor & Rolf in 2008. The company decided to shutter its ready-to-wear line in 2015 to refocus on its haute couture, an image-maker for the brand, and its successful fragrance business in partnership with L'Oréal, which generates the lion's share of the label's revenues. “We're in a fantastic position," Rosso added, noting that the brand has been profitable since it closed the ready-to-wear line. The retail value of its total sales is about €300 million ($335 million).

The news comes after OTB announced last month that it had taken a minority stake in the Los Angeles-based brand Amiri. Per a wider plan announced in April, OTB is set to invest €200 million (about $222 million) over the next three years to fuel growth, including through M&A. “We are constantly looking at the market and we always have many dossiers of companies looking for support or partner on our desk to review," Rosso said.

OTB's increased participation in Viktor & Rolf is part of a plan to accelerate the growth of the brands already in its portfolio. With the group’s anchor brand Diesel facing challenges, filing for Chapter 11 bankruptcy in the US in March, the Italian entrepreneur may need to push growth at its other brands. OTB consolidated revenues amounted to €1.4 billion last year, down 3.2 percent at constant exchange rates, impacted by the weak performance of Diesel in Europe and North America. In the recent months, Diesel has turned to collaborations including with A-Cold-Wall's Samuel Ross, Hood by Air’s Shayne Oliver, Y/Project’s Glenn Martens and the designer Gosha Rubchinskiy in a bid to inject new life into the denim brand, whose jeans dominated pop culture in the 1990s and early 2000s.