It’s been a big week for Savage x Fenty, the Rihanna-designed, direct-to-consumer lingerie line. Not only did the year-old brand announce a $50 million round of new funding from backers — including Jay Z investment vehicle Marcy Venture Partners LLC and Avenir Growth Capital — it also sent out invitations for a major brand spectacle, set to take place at a yet-to-be-disclosed Brooklyn location on the evening of September 10 at the peak of New York Fashion Week.

Details remain scarce, but the show will be streamed via Amazon Video on September 20 as a part of a documentary produced by Endeavor Content and Amazon. If past efforts — and Rihanna’s celebrity pull — are any indication, it’s likely to be a star-studded event, celebrating diversity, inclusivity and a contemporary take on femininity. In other words: Rihanna’s answer to the Victoria’s Secret Fashion Show, the made-for-television spectacle that was once a blockbuster marketing platform for the declining yet still-dominant American lingerie giant, which has been slow to adapt to cultural and technological change.

Could Savage x Fenty genuinely challenge Victoria’s Secret, which, while on the back foot, still generated $7.37 billion in sales in fiscal 2018?

Savage x Fenty, a joint venture between Rihanna and Los Angeles-based TechStyle Fashion Group — which also owns Kate Hudson athleisure vehicle Fabletics — is still tiny compared to Victoria’s Secret. But Savage x Fenty has the momentum and capital to scale more quickly than any of Victoria’s Secret’s other challengers. According to a report in the Wall Street Journal this week, the label’s annual revenue run rate is nearing $150 million. And with Rihanna at the helm, it is virtually alone in its ability to not only reflect, but also shape, the cultural zeitgeist as Victoria’s Secret once did.

For more than a decade, Victoria’s Secret and its Angels — a group of tanned-and-toned supermodels with round-brushed waves of hair and lacy push-up bras — helped to shape what “sexy” was to consumers in the US and around the world, where the brand gained significant traction in the UK and China. But over the past half-decade, Victoria’s Secret has fallen out of touch with shifting cultural values and aesthetic ideals. And while its customer base remains enormous, its long-time leadership’s resistance to change has come with a cost.

Savage x Fenty, meanwhile, is on the pulse. In her first runway show for the brand, Rihanna sent out a genuinely diverse cast, including two pregnant models, at a time when diversity and inclusivity are key cultural concerns. The label has also embraced affordable pricing and larger sizes. What’s more, Savage x Fenty’s decision to stream its forthcoming show on Amazon Prime reflects an internet-savvy approach that is years ahead of Victoria’s Secret, which until this year partnered with American television station CBS to distribute its fashion show. Then there’s the digital distribution power of Rihanna herself, who has over 74 million followers on Instagram. It’s a formula that has certainly shown results with the popstar’s LVMH-backed Fenty Beauty line, which went from zero to $500 million in sales in a very short period of time.

Of course, Savage x Fenty’s success won’t be determined by Rihanna’s cultural pull and digital distribution alone. TechStyle, which styles itself as a “brand-building platform” and has raised well over $300 million of its own, may need to rethink a key element of its business model. Years ago, its label Fabletics came under fire for a membership programme that often lured consumers without their understanding of how it actually worked. This week, a report on Vox.com, raised the issue again, citing Savage x Fenty’s “XTRA VIP” programme, which gives members access to new arrivals and promotions but can result in them being charged $50-per-month for something they often didn’t realise they had signed up for, undermining consumer trust.

Another challenge may be Rihanna’s fashion label, which, along with her beauty venture, is backed by LVMH. This may put restrictions on Savage’s ability to expand beyond lingerie into categories like swimwear, which was a success for Victoria’s Secret. (There is also the problem of consumer confusion between the various Fenty brands, which share some fundamental characteristics but are positioned differently in the market, though this is more likely to be a concern for LVMH’s more upmarket ready-to-wear line).

Despite the challenges, Savage x Fenty is shaping up to the be a primary contender for the Victoria’s Secret crown. It could not only change the lingerie industry, but the culture, too. 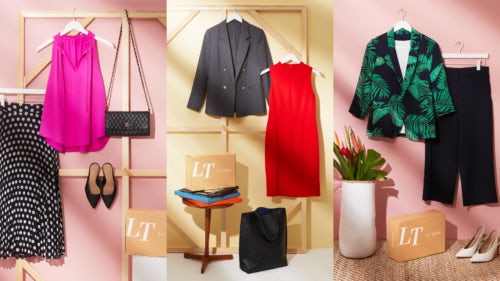 Rental startup Le Tote acquires Lord & Taylor from Hudson’s Bay Company. The venture capital backed monthly subscription service will pay $100 million for the nearly two-century old department store. The deal includes Lord & Taylor’s intellectual property, remaining inventory as well as its digital and retail store operations. According to Le Tote Chief Executive Rakesh Tondon, the plan is to leverage the chain’s 38 retail locations for rental customers to drop off and pick up clothes while updating each store with new technologies to create efficiencies. Le Tote could even open additional Lord & Taylor stores in the future, he told BoF.

Forever 21 prepares for bankruptcy. The teen retailer that defined American mall fast fashion in the early aughts is running out of turnaround options, according to people familiar with the company. A Chapter 11 filing would allow Forever 21 to close unprofitable stores and restructure its business. So far this year, US retailers have announced 8,051 store closures, according to Coresight Research. Forever 21 operates more than 800 stores in the US, Europe, Asia and Latin America.

Cole Haan Prepares for IPO. The private equity-backed premium shoemaker wants to go public, citing robust sales and profit growth. Since being purchased by Apax Partners from Nike in 2013, Cole Haan has seen revenue grow by 14 percent last year, capitalising on the athleisure trend with its ZeroGrand shoe line, which added athletic bottoms to the brand’s famous dressy uppers.

Abercrombie & Fitch sales fell short of expectations in the latest quarter. The mall retailer posted flat same-store sales for its Hollister and namesake brands in its quarterly report, resulting in plummeting shares on Wednesday. The company added that new tariffs on Chinese imports could have a $6 million impact on cost of merchandise and gross profit in the fall season.

Calvin Klein owner PVH Corp also cut guidance due to looming tariffs. The company said US tariffs on Chinese goods, as well as tensions in Hong Kong, could reduce earnings by 20 cents in 2019. It also reduced full-year adjusted profit to between $9.30 and $9.40 per share, down from its prior estimate of $10.20 to $10.30 per share.

Tiffany & Co. beat Wall Street estimates in quarterly earnings. The jeweller saw increased spending among domestic Chinese customers, but posted a 3 percent decrease in same-store sales. This decline was a result of lower spending among tourists and ongoing protests in Hong Kong, the company said. In recent years, Tiffany has tried to woo millennials with more affordable products such as earrings and pendants. Its shares were up 4.3 percent Wednesday morning.

Coty ends partnership with Younique. The cosmetics group, which raised its revenue forecast Wednesday, will sell its 60 percent stake in the e-commerce business that it acquired in 2017 back to the founders. Coty’s consumer product segment has been struggling, with poor-performing brands bought from P&G in 2016 prompting a multi-year restructuring plan. Its turnaround initiative also involves heavy investment in advertising as it competes with buzzier, Instagram-friendly brands.

Revlon reportedly planning to approach bidders. The cosmetics giant is exploring a sale of the entire company or its major brands, rather than selling its smaller brands piecemeal, according to sources. Majority owner MacAndrews & Forbes Inc. is reportedly not entertaining the possibility of taking the company private. Despite hoping to capitalise on the growing global beauty market, Revlon has struggled to curb falling sales amid fierce competition — both from direct competitors such as Estée Lauder and smaller, digitally native beauty brands. 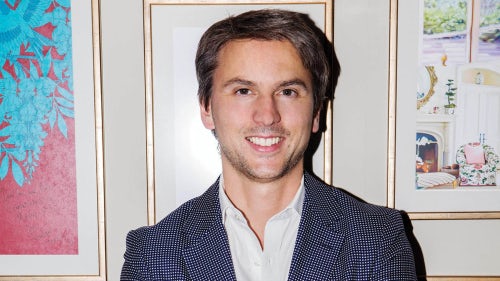 MatchesFashion CEO departs. Ulric Jerome joined MatchesFashion in 2013 as chief operating officer, before becoming chief executive in 2015 after founders Ruth and Tom Chapman became joint chairs of the company. With a replacement not yet named, Chief Financial Officer Fiona Greiner and Chief Operating Officer Tom Athron will assume Jerome’s responsibilities in an interim capacity. His departure comes at a time of increasing competition in the luxury e-commerce space, with rival Farfetch coming under scrutiny for its widening losses after going public in 2018.

Nordstrom names its first chief merchandising officer. Teri Bariquit was formerly executive vice president, merchandise planning and solutions at the retailer. The appointment comes following Nordstrom’s better-than-expected results, largely off the back of heavy investment in its online portion of the business as well as loyalty programmes.

YNAP-Alibaba venture appoints CEO. Yating Wu has been named chief executive of Fengmao, a joint venture between Richemont-owned Yoox Net-a-Porter and Alibaba that was started almost a year ago, as of July 2019. Prior to Fengmao, she had a 15-year career at Unilever, most recently serving as vice president of digital and e-commerce for the North Asia region. The company’s online stores for Net-a-Porter and Mr Porter are are slated to launch on Alibaba-owned Tmall’s Luxury Pavilion September 30. 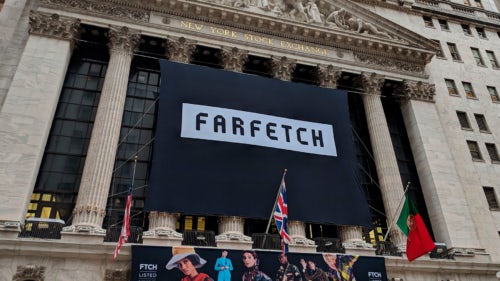 Farfetch denies Barneys acquisition reports. The troubled US luxury retailer has until October to find a buyer, but Farfetch says it is not interested as the fashion platform grapples with challenges of its own. The move would have topped off a string of acquisitions that have left investors uneasy.

Pinduoduo wants its data back from Alibaba. The Chinese start-up’s approach presents a threat to Alibaba’s dominance of Chinese e-commerce shipping data, mined by companies in industries from retail to healthcare for insights into consumer behaviour.

Walmart rolls out its robot army. In 2017, the retailer introduced robots that roam its aisles across 50 of their stores. Now, Walmart has expanded the automated sales representatives to 350 of its stores, which assist workers by scanning shelves for out of stock items, for example.