The approach — dubbed “designer fashion now” — was a bold departure from the traditional wholesale model, backed by Bright Fame Fashion, the Hong Kong-based investment vehicle led by Vivian Chou, daughter of billionaire textile mogul Silas Chou, which acquired a majority stake in Thakoon in 2015. At the time, the Thakoon business was reportedly facing challenges and the investment was seen as a lifeline. But Chou’s track record was impressive. With Tommy Hilfiger and Michael Kors — which he acquired alongside Canadian billionaire investor Lawrence Stroll in 1989 and 2003, respectively — Chou succeeded in transforming struggling entities into billion-dollar fashion powerhouses with a potent combination of right business, right time, right model.

Thakoon, on the other hand, has proved to be a case of the wrong business, at the wrong time, with the wrong model: this week, less than a year after the reboot, Panichgul and Chou decided to hit “pause” on the Thakoon brand in order to restructure.

While Thakoon had earned several fashion industry accolades, developed a capsule collection with Target and was worn several times by former US First Lady Michelle Obama, the label’s brand awareness was much lower than Tommy Hilfiger or Michael Kors, which were both household names before Chou invested. And even after Thakoon put significant resources into digital marketing in order to support its direct-to-consumer strategy, there was a fundamental misalignment between the company’s scale and its new business model.

In contrast, Tommy Hilfiger, which has successfully deployed a direct-to-consumer, “see now, buy now” strategy, has benefitted from both name recognition and the financial resources to invest in large-scale marketing initiatives like the carnival-esque runway extravaganza the brand staged in Venice Beach, California, in February, as well as on-going global brand activations following the initial spike in interest such events generate.

Meanwhile, despite the advantages of going direct-to-consumer — including higher margins and a closer relationship with the customer — many smaller scale brands have instead chosen to maintain their core wholesale models, while shifting the timing of their shows to optimise delivery schedules and operational efficiencies.

Vetements was amongst the first to double down on wholesale and shift its ready-to-wear shows to January and July, allowing the label to align its main line with the lucrative sales period for pre-collections, when wholesale buyers spend about 80 percent of their budgets. The move also allows them to produce and deliver garments earlier, ensuring they stay on the sales floor for longer before discounting begins. In recent weeks, Proenza Schouler and Rodarte have followed suit, announcing plans to show their main runway collections in January and July, aligning — like Vetements — with the Paris Haute Couture calendar.

But still, claims that “see now, buy now” is dead are exaggerated. What’s clear following the demise of Thakoon’s direct-to-consumer experiment is that the sheer scale of the investment and operational abilities required to make such a model work are far beyond the reach of most smaller brands. Even Tom Ford, whose namesake label has strong brand awareness, also announced he would abandon his own “see now, buy now” strategy. While Mr. Ford may have cited scheduling as the primary driver of his decision, the truth is “see now, buy now” also requires a hyper-coordinated supply chain and significant ongoing investment to sustain the marketing momentum generated by a fashion show.

Zara and H&M results reveal fast fashion’s difficulties. H&M has reported its first decline in monthly sales in nearly four years, while the profitability of Inditex, the Spanish owner of Zara, dropped to an eight-year low for the year ending January 2017. The results highlight the challenges facing fast fashion brands, including shrinking prices, rising garment costs and growing competition.

Neiman Marcus readies itself for potential sale. Neiman Marcus Group has announced it is working with investment bank Lazard to restructure its $4.5 billion debt to prepare for a potential sale, confirming earlier reports. The company, which also owns Bergdorf Goodman, MyTheresa and Last Call, has seen sales decline steadily over the last fiscal year and in January announced it had abandoned plans to go public. One likely suitor is thought to be Hudson’s Bay, the Canadian owner of Lord & Taylor and Sak’s Fifth Avenue, which reportedly held talks about acquiring Macy’s earlier this year.

Valentino delays long-awaited IPO. The Italian fashion house has confirmed it will not launch its much-anticipated listing this year. Mayhoola For Investments, the Qatari fund that owns Valentino, first approached a number of banks in December 2015 about an IPO, but it has since been postponed. Stefano Sassi, Valentino’s CEO, said the company had put the project on hold due to market conditions and would wait to “see what happens in 2018.”

Canada Goose goes public. The outerwear maker has raised almost $255 million in the first luxury retail IPO since Jimmy Choo went public in October 2014. Shares of the company soared more than 40 percent above list price after it listed on both the New York Stock Exchange and the Toronto Stock Exchange on Thursday. Canada Goose, which was founded in Toronto six decades ago, has been targeting luxury consumers in recent years, becoming a favourite amongst celebrities.

Tag Heuer forecasts further sales growth. The LVMH-owned Swiss watch brand predicts sales to grow 8 to 10 percent in 2017, helped by renewed demand in China, one of its biggest markets, and a new smartwatch. Last year, Tag Heuer reported double-digit sales growth, making it a bright spot in the struggling Swiss watch industry, which has begun to show signs of recovery after its longest-ever slump. 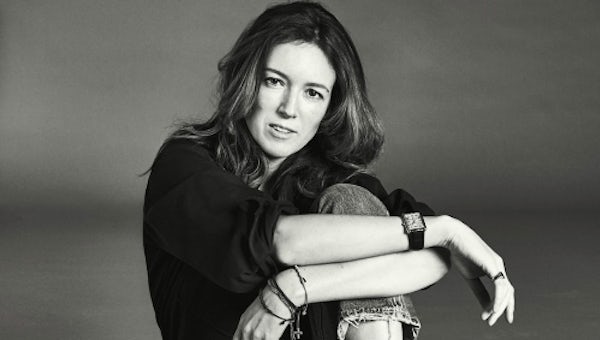 Givenchy names Clare Waight Keller as artistic director. The French fashion house took to Instagram to announce Waight Keller as its new creative lead. The former creative director of Chloé succeeds Riccardo Tisci, who had held the position for 12 years and exited at the end of January. The new appointment could mark a shift for Givenchy, which embraced high-octane embellishment and sportswear-inspired garments under Tisci. By contrast, Waight Keller’s success at Chloé was rooted in her ability to deliver wearable, desirable garments and accessories.

Shayne Oliver joins Helmut Lang. The Hood by Air designer has been recruited by Isabella Burley, editor-in-chief of Dazed magazine and Helmut Lang’s new “editor-in-residence,” to create a special collection to be revealed in September 2017. The collaboration has prompted speculation about the future of Hood by Air, which cancelled its March 2017 show at Paris Fashion Week. A representative denied the label was near closure, but said it would be transitioning to accommodate the designer’s new project.

Virgil Abloh to show at Pitti Uomo. The designer behind luxury streetwear-inspired label Off-White will present his Spring/Summer 2018 menswear collection at Pitti Uomo, joining J.W. Anderson as the Florentine trade show’s second guest designer. Abloh, who will not show at Paris Fashion Week as a result, joins the likes of Raf Simons, Gosha Rubchinsky and Tim Coppens in the list of acclaimed guest designers who have shown at Pitti Uomo in recent years.

Rodolfo Paglialunga exits Jil Sander. The designer is leaving the German fashion brand after three years as creative director, in a mutual decision with the brand. Paglialunga, who joined the label in April 2014, had received mixed reviews for his collections for the house. He is widely expected to be succeeded by married design duo Lucie and Luke Meier as co-creative directors.

Millennial investors back Snap. Despite seasoned investors’ caution regarding the loss-making parent company behind Snapchat, young investors have been buying in, driven by their affinity for the social media platform. The company, which has a market value of more than $25 billion since going public two weeks ago, had a rocky start on the stock market, with shares dropping a quarter after an initial surge of over 70 percent.