LONDON, United Kingdom — From a bottle of Chanel No. 5 to a sleek, square wallet from Comme Des Garçons Play, entry-level priced products, including fragrances and small leather goods, are the lifeblood of many a luxury brand. But, in recent years, a new category has emerged: luxury tchotchkes (a Yiddish word meaning trinkets or miscellaneous items).

According to research firm Euromonitor International, luxury small leather goods were worth $5.7 billion in 2015, with year-on-year growth of 5.3 percent from 2014 to 2015, and the category is projected to grow to $7.5 billion by 2020. “The last five years has seen many luxury brands expand their portfolios and diversify into new territory,” says Fflur Roberts, head of luxury goods at Euromonitor International. “But the latest in these innovations is the increase in brand tchotchkes by leading luxury labels.” 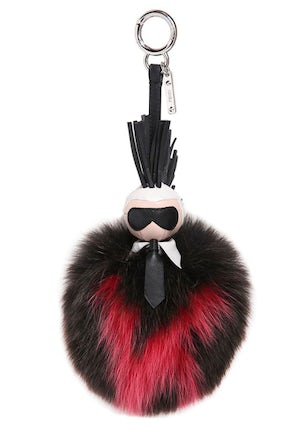 The best performing products are those which carry the brand’s DNA: Burberry’s Thomas teddy bear, priced between £395 and £425 (about $588 and $633), is made entirely in England and is printed with the company’s signature check; Fendi launched the Bag Bugs keychains as part of its Autumn/Winter 2013 collection and a year later came the ‘Karlito’ shaped after creative director, Karl Lagerfeld; Alexander Wang began selling leather boxing gloves, priced at £240 ($357), in 2014, as a neat accessory to his sport-inflected streetwear; at Moschino, kitsch phone covers, selling for an average price of $95 and shaped to resemble familiar products (like a packet of French fries), were launched at Jeremy Scott’s inaugural show for Autumn/Winter 2014.

“These products are normally positioned at more accessible prices. As such, they act as an entry-level product for consumers who otherwise do not have the cash to afford designer apparel and luxury accessories. This widens a brand’s consumer base and helps build loyalty among wannabe luxury goods consumers,” says Euromonitor’s Roberts. “The margins on these products tend to be high and are a great way of increasing revenue, without diluting the prestige-image of a brand,” she continues. 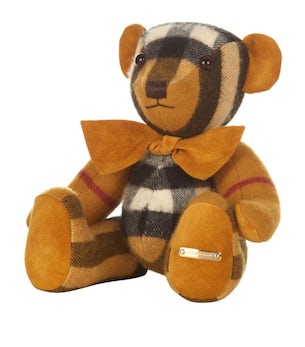 What’s more, the tchotchkes are selling. Burberry’s cashmere bears have resonated with consumers, consistently selling out in Harrods each year. Anya Hindmarch’s embossed leather stickers, featuring smiley faces, graphic slogans and cartoon thunderbolts, priced from £45 to £125 (about $67 to $195), have also proved a hit — generating over $18 million in only two seasons. While Fendi’s Bag Bugs drew criticism when they first launched, due to their high price tags, the furry Muppet-like bag charms created months-long waiting lists. Meanwhile, the brand’s ‘Karlito’ keychains, which cost double the price of its Bag Bugs, sold out before they even hit the stores. At Net-a-Porter, sales of Moschino phone cases, including the latest model shaped as a household cleaning spray, are “insane,” according to Sasha Sarokin, Net-a-Porter’s buying manager. London department store Selfridges reordered the Moschino French Fries cover three times to meet demand.

Sales of key rings are up 100 percent versus last year and iPhone covers by luxury labels continue to be one of our highest volume products.

“Small luxury goods are a huge focus for us,” says Eleanor Robinson, head of accessories buying at Selfridges. “Sales of key rings are up 100 percent versus last year and iPhone covers by luxury labels continue to be one of our highest volume products.” Anya Hindmarch’s Sticker Shop has been such “great success,” says Robinson, that “we asked her to create an exclusive update for us this Christmas — her horoscope stickers are one of our most popular gifts, and sales of the sticker collection overall are up over 175 percent.” 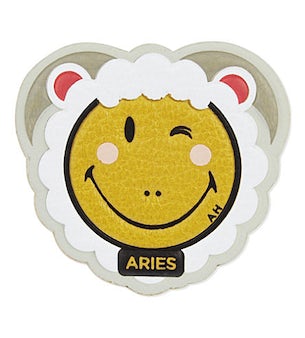 “Each season we do very well with the stickers from Anya Hindmarch and the bag charms from Fendi, ” says Cassie Smart, bag and footwear buyer at MatchesFashion.com. “They are very decorative and become conversational pieces that are mini collectables."

Association is key for consumers, explains Roberts. “These products are generally the focus of the younger demographic, who may be looking for a more affordable luxury item, but it is one that still clearly represents the brand. They may also be particularly popular during the festive season as a gift or stocking filler,” she adds.

In addition, the playfulness of a designer tchotchke makes them stand out against the more sober offering of luxury products in department stores. “You need that animation, because it can end up quite dry and all the rooms [in department stores] can look the same. It’s a great way to personalise,” Hindmarch told BoF earlier this year. “There’s an element of [the stickers] as the ‘lipstick’ of the brand. It’s an accessible, fun way into the brand.” 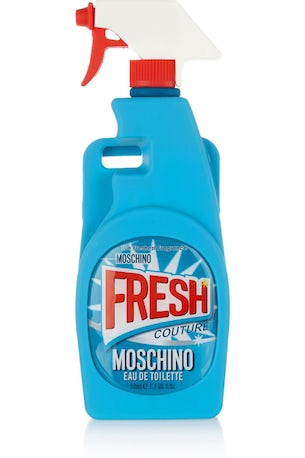 “What is clever with both Fendi and Anya is that each season, the category evolves,” adds MatchesFashion.com’s Smart. “Our customers respond well to these pieces as they can continue to invest in newness from a brand at a great price point, and update their own handbags and accessories.”

“The handbag market has been repetitive over the past two years, but by adding a novelty item, the entire bag can look fresh and new,” says Deborah Soss, vice president and divisional merchandise manager of handbags and accessories at Bergdorf Goodman. In response to consumer demand, the New York department store planned an interactive event to take place in Spring 2016 called Adorned, which will “offer services like monogramming, painting and embroidering, plus items like initials pins, embellished straps, stickers and charms. Three days of dressing and accessorising your own bag,” says Soss.

Indeed, personalisation has become a big trend for luxury brands and on the high street, as customers are increasingly enjoying taking control, says Roberts. “The new gifting department at Burberry’s flagship store on London’s Regent Street has been of particular note in the run-up to Christmas this year, thanks to their new personalisation and monogramming service. According to the brand, two in three gifts purchased in the store are being personalised. This includes small accessories, like bag charms, which are a great way to personalise your own bag.”

“If a handbag at £1,000 ($1,490) is a stretch, then why not buy a fun and instantly recognisable tchotchke that ticks the designer box,” adds Serena Hood, British Vogue’s executive fashion director. But given that fashion often prizes exclusivity, do designer tchotchkes and trinkets devalue the likes of Burberry and Fendi? “We have witnessed luxury fashion houses ramping up exposure into skincare, colour cosmetics and fragrance. Designer tchotchkes are a natural step,” says Roberts.