NEW YORK, United States — As the media and creative industries continue to be disrupted, Spring is expanding its business model with the end goal of building a global ecosystem of creative infrastructure, capable of meeting the evolving needs of a membership community it plans to grow beyond 10,000.

In addition to a network of Spring Studios in New York, London and Milan, each with in-house creative and production agencies, in June 2016, Spring launched its New York co-working club Spring Place. Situated in the heart of New York’s content creation industry, the space was designed as a unique, industry-specific environment that would act as a catalyst for collaboration by combining the end-to-end content production facilities of Spring Studios with access to a community of creative leaders through Spring Place.

Today, Spring is launching residential memberships — enabling members' businesses and teams to grow larger while remaining within the Spring ecosystem — thanks to a newly extended seventh floor in its New York location. The launch forms part of a community driven strategy that will allow members access to content-creation facilities, work spaces and fellow members in the creative industries' five most important geographical hubs initially, before the network is expanded into Asia and the next tier of global creative capitals. 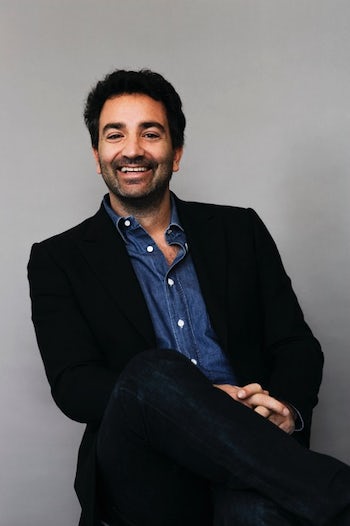 BoF sits down with chairman of Spring Studios and chief executive of Spring Place Francesco Costa, to discuss how the company is tapping the commercial opportunity in collaboration, and why community will be the driving force behind its new global ecosystem.

How has the Spring business model evolved?

Spring began as a combination of real-estate investment in the New York building and Spring Studios, a creative agency and production studio in London that was founded in 1995. When myself and Alessandro Cajrati Crivelli, who is now chairman of Spring Place, made those investments, our intention was to build a connection point between the industry’s leading talents and the brands that have the financial resources to fund creativity.

In today’s creative world, talent is key. Talent is also often independent and flexible. Our idea is to create a complete ecosystem to support creatives through access to studios, in-house creative and production agencies and our members-only co-working club Spring Place, which combines the hospitality of a private club with world-class professional office suites.

Spring Place offers members access to a community that believes innovation comes not from closing yourself off, but from interacting with the best creative minds in the business. It helps that the space itself is inspiring. It was conceived as a place where you could take a high-level meeting or go every day, knowing that your workspace reflects the goals and aesthetics of your own brand. Additionally, Spring Place offers exclusive access to the studio and event space that made Spring famous, along with the creative agencies that cemented the company’s status as one of the foremost end-to-end global production companies. One business may be hospitality focused and the others centred on creative production, but, although the DNA may initially look different, when you think that Spring Studios and Spring Place share the same values, the same clients and the same talents, you realise the two are a perfect match.

We want to provide our members with an office and a place to interact in both their home city and in the global hubs of creativity they visit for work.

What distinguishes Spring Place from its competitors in the market?

Spring Studios has been around for years as a world-class creative agency. We’ve worked with Tom Ford, Marc Jacobs, Diesel, Estée Lauder; the team has produced some of New York’s most impressive, immersive productions — New York Fashion Week being just one example. As a result of its history, Spring has some of the best creative minds in the industry at its fingertips — as do its members. 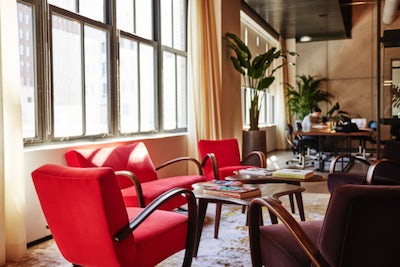 What we have learnt is that when people first enter the business as an independent creative they realise quickly that they need a support system, an infrastructure they can access. Not just a physical space, but support through creative services and access to their peers in the industry. This is exactly what Spring provides. Let’s say you want to open your own magazine; at Spring you could find every element you would need: a member who can art direct, studios for shoots, a casting director — you may even interact with the talent you want. It is a complete ecosystem. You could produce the first issue of your magazine without leaving the building and collaborating only with fellow members.

You get a very good return on investment; we strongly believe that the value of new business connections exceeds the money you spend on membership. The primary benefits of membership are the industry connections you make with other members and, of course, the quality of the environment. Add to that the diversity of the community, and you see why we are so excited about acting as a creative connector for the industry. Now we want to establish the Spring Studios and Spring Place brands in New York, London, LA, Paris and Milan, to service our members’ needs and scale our community. Over the next three years we plan to grow tenfold to 10,000 members.

Why those five cities?

The selection of cities was key to connecting the creative industries. We want to provide our members with an office and a place to interact in both their home city and in the global hubs of creativity they visit for work. Today’s creatives are increasingly global travellers. Now, more than ever before, your business is on your computer; freelancers are replacing full-time employees and an international presence, be it digital or physical, is a talking point before brands are even launched. New York, London, Milan and Los Angeles are the capitals of creative production for our industry. We plan to offer small to medium-sized companies the international turnkey solutions they’re looking for to grow their companies.

Why is cultural programming so important?

Developing world–class programming is the foundation of Spring Place. When individuals are demanding more from their work, and their work is demanding more from them, the lines between professional life and private life become blurred, especially in a relationship-based industry such as fashion and media. Because we play host to some of New York’s most impressive events, we can pass that access and cultural enrichment on to our members, offering them even more opportunities to connect personally and professionally. 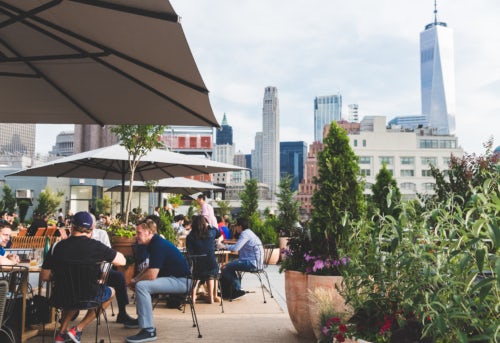 For example, in New York we have hosted the Calvin Klein and Michael Kors New York Fashion Week shows, the Independent Art Fair and Tribeca Film Festival, exclusive pop ups of globally renowned restaurants Noma and Caviar Kaspia and the Vice Impact and Forbes Women's Conferences. In each of the five cities I want to establish leading communications companies through Spring Studios, and make a strong cultural impact in through Spring Place.

We bring members together through programming they won’t find in a classic office setting, built around five core pillars: art, film, fashion, culinary arts and media. We coordinate everything from discussion series with C-level executives to parties. Spring Place also allows members the opportunity to work with our team and partners to build “for members by members” events, such as screenings and business acceleration workshops, creating a self-sustaining community internationally.

How will the community evolve as the business expands?

We started with 100 key people in the fashion, media and movie industries — from the chief executives of Gucci, LVMH, Burberry and Moncler, to the big photographers, models, actors and fashion editors. That first community then introduced the rest of the community to the club. Every member that comes to Spring does so because they know other members. It is very organic growth.

As our members’ businesses grow, so will our assortment of services.

What we hope you will start to see in addition to the growth in membership is growth in the use of services. We have designed a business that caters to the progression of individual members who gradually grow their businesses and in turn take advantage of more and more of our services. At the same time, the larger brands will progressively take advantage of our global working hubs, and you’ll see more high-level executives working out of Spring Place satellite offices. As our members’ businesses grow, so will our assortment of services. Independently these services would be too expensive or cumbersome to integrate alone, but through Spring it’s possible.

What is your long term ambition for the Spring brand?

My ambition is to build a global brand. The creative capitals of the world are growing, and Spring is well positioned to follow the trend of mega-cities attracting creative talent. We could open in 30, 40 even 50 cities. I don’t see why São Paulo, Mexico City, Berlin and many others should not have both a Spring Studios and a Spring Place. However, the first phase — five cities, 10,000 members — is our focus for the next three years. The next big launch will be in LA in the first half of 2018. The second phase will start with expansion into Asia and then beyond, but it will involve more partnerships.

Our ability to scale the company really depends on the financial resources behind it, which we have secured already, and the partners, staff and members who join the project. Because, at the end of the day, Spring is all about people.