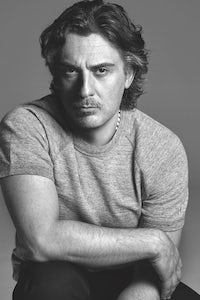 “While we greatly admire Giovanni’s creative talents, Tapestry is committed to an environment where every individual feels respected and at times his behaviour fell short of these standards,” said Luis. He also emphasised his support of Stuart Weitzman’s new chief executive and brand president, Eraldo Poletto, who was hired from Ferragamo in April. Tapestry said it is looking for a replacement for Morelli's position.

The departure comes at a challenging time for Stuart Weitzman, which has been a growth driver for Tapestry since it acquired the brand in 2015 for $574 million. In the most recent quarter, however, Stuart Weitzman reported a slowdown in sales that Luis attributed to transitional problems in its supply chain. Morelli — a veteran of Prada, Chloé and Loewe who planned to better define the brand’s aesthetic cues and update its core styles — joined the company last May and debuted his vision with the pre-fall 2018 collection.

Meanwhile, Tapestry’s 2017 acquisition, Kate Spade, is still in the early stages of a turnaround process that brought on a new creative director, Nicola Glass, and chief executive, Anna Bakst, both formerly of Michael Kors.

This isn’t the first time Stuart Weitzman has had to deal with inappropriate behaviour. In January, after reports of sexual misconduct by photographer Mario Testino were published by the New York Times, the brand said it would stop working with him on its campaigns.

Since the #MeToo era started in 2017, misconduct has surfaced in the fashion industry mostly around photographers such as Testino, and executives, such as the chief executive of Lululemon and the recent slew of departures at Nike.

At Nike, Revolt Led by Women Leads to Exodus of Male Executives