A Survivalist Streak in Menswear

From triple seam sealed Gore-tex and ballistic nylon to shearling vests and stylish axes, why are men buying fashion fit for surviving the apocalypse?

NEW YORK, United States — Dubbed a “snowpocalypse” by sensational American media outlets, a recent winter storm in the US prompted New York City mayor Bill de Blasio to declare a state of emergency, ban cars from the streets and shut down the city’s subway for the first time in history. The snow never really materialised (only 5 inches were recorded in Manhattan's Central Park) but politicians and consumers alike responded like doomsday survivalists, battening down the hatches in preparation for apocalypse.

In fashion, amidst an uncertain climate — geopolitically and economically, as well as literally — it seems like menswear has taken on a survivalist streak too. “It’s a brave new world. We are in a different climate both politically and meteorologically,” agreed men’s fashion consultant Nick Wooster.

“There are a lot of brands that have adopted that idea of tactical, meaning SWAT, or outdoorsy materials and technical clothing with Gore-tex and heat-sealed seams,” Peskowitz continued. He cited Nike’s recently relaunched ACG (All Conditions Gear) brand — which styles men as post-apocalyptic urban warriors in garments composed, head-to-toe, of black high performance fabrics, complete with tool pockets — as well as Berlin-based cult brand Acronym, Stone Island and Japanese labels such as White Mountaineering. One might also add performance-focused outdoors labels like Aether and Arc’teryx Veilance. 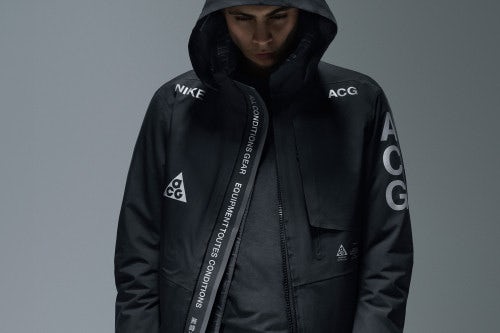 “First of all it looks cool,” he continued. “Now that they’ve really honed in on the fit, you just look like a tough person when you’re wearing it.” Secondly, he argued, such clothing plays to a geekier side of machismo. “It’s an added-value thing. If a guy can sit there and say it’s triple seam sealed Gore-tex, windproof, whatever — and look cool at the same time — that’s something that appeals to men. There are elements of it that you can discuss.”

Kevin Ma, founder of Hypebeast, which recently published a print edition entitled “The Exploration Issue” focusing on technical and outdoors lifestyle and fashion brands, observes that while “the influx of technical material and practical design may be due to this being a current trend, it can also stem from the need to change direction to something more classic and long lasting, both of which are characteristics of survivalism.”

Izzy Pugh, global director of cultural insight and semiotics at marketing consultancy Added Value, also identifies a yearning for a longer-lasting, anti-fashion approaches to clothing. “Canada Goose coats are popping up everywhere, even where you don’t need a really amazing artic thermal jacket,” she noted. “You could look at it as something that is a response to fashion. Fashion is fast moving and is fuelled by novelty and the world is feeling ever more chaotic and fast moving too. There’s something about these high spec items that allows them to transcend fashion. It means you’re ready for anything; it works in every situation; it has a kind of permanence.”

In men’s accessories, we've seen a rise in “survivalist” tendencies too, evidenced in the neatly curated images of the contents of men’s pockets and bags on the website Everyday Carry, which has over 1.5 million unique (mostly male) visitors each month. An astonishing number of city-dwelling creatives are carrying knives, flashlights, battery packs and multi-tools. 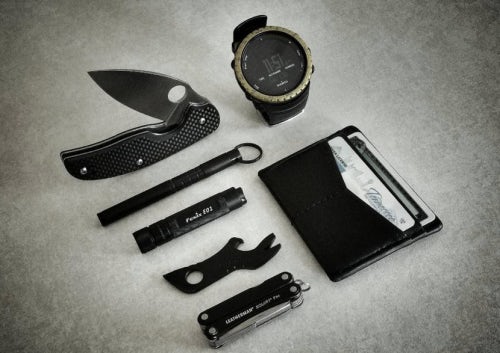 The 'everyday carry' of a corporate trainer | Source: Everyday Carry

“It’s become ok to carry these types of things where previously you’d be laughed at for carrying round a Swiss Army knife,” said Everyday Carry co-founder Jonathan Smyth. “In the US, you find many tactical websites selling all sorts of foods that will last you 100 days and maybe this movement is filtering down into something that you’ll find in people’s everyday carry.”

Retailers are responding to the demand, added Smyth. “At any store now, like Barneys Co-op or boutique menswear stores, you see pocket knives, you see key chains. They fall into two categories — brass and leather vintage styling or in more technical titanium,” he said. “We’re also seeing a lot of hip flasks on the site and a lot of multitools made out of a single piece of metal.”

Indeed, there’s a lo-fi side to “survivialist” fashion and accessories too, perhaps best exemplified by brands like Archival and Best Made, which launched with a stylishly designed axe in 2009. “I started with the axe but we are a full-blown outfitter,” said founder Peter Buchanan-Smith. A visit to the brand’s website makes it clear that, while this is above all an apparel brand now, the fantasy of surviving in the wild is the core component of their image. Their store, located in New York, offers courses in axe restoration, field medicine and cast iron restoration. 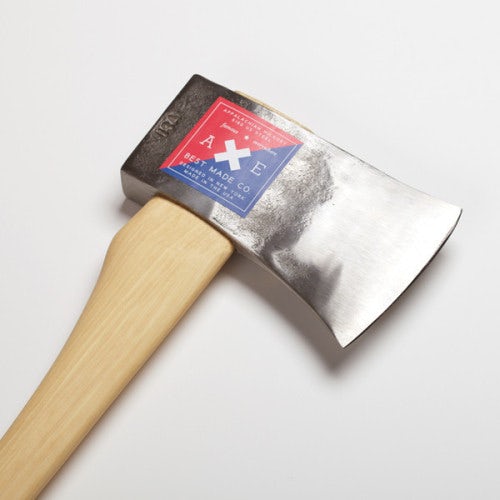 There is a moralising, almost cultish dimension to Best Made too: the fetish of the pure outdoors where a tool will last a lifetime, as response to the noisy, throwaway existence of the digital native city dweller. “My team is dedicated to equipping customers with quality tools they can use and pass down for generations,” said Buchanan-Smith. “We seek to empower people to get outside, use their hands and in doing so embark on a life of fulfilling projects and lasting experiences… in addition to offering a wide range of products to enable our customers to get out and do good.”

Peskowitz has observed an evolution in the lo-fi end of the “survivalism” trend. “You see that some of those guys who carry a Leatherman and a compass at all times and probably wear clothes from Woolrich Woolen Mills are now interested now in the resurgence of Patagonia and in clothes from the Japanese camping company Snowpeak. It feels like an update to the retro-outdoorsman thing.”

But Ma thinks “survivalist” thinking is more than mere trend. “There were survivalists before us, among us, and there will continue to be after us. It is a stylistic approach to life that allows you to be more practical, no matter where you are, and an ‘all-in-one’ sensibility to fashion that allows fluidity from an urban setting to an outdoors one. I believe it'll be around forever. It's not really a trend. It's just grown in awareness.” 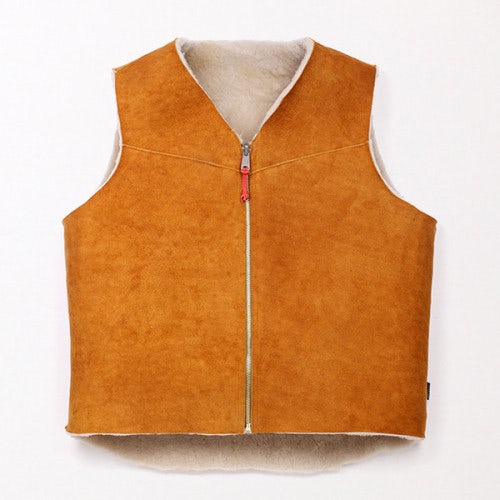