Amidst a fast-evolving market landscape, BoF speaks to the founders of three young and rising fashion PR companies who are riding the waves of change with novel and unorthodox approaches.

LONDON, United Kingdom — In recent years, the business of fashion PR has been transformed by a series of seismic forces. Digital technology has reshaped the media landscape, giving rise to new communications strategies rooted in the realities of the Internet: open, conversational, immediate and always-on. The growing influence and purchasing power of “millennials,” whose personal values are, in many ways, different to those of previous generations, have begun to shake up the market for luxury goods. And fashion itself has grown from a once closed world into an infinitely more accessible, global phenomenon, hybridising, along the way, with everything from contemporary art to skateboarding.

BoF spoke to the founders of three young and rising PR companies — Sydney Reising Creative in New York, Ella Dror PR in London and David Giroire Communication in Paris — who are riding the waves of change with approaches that are often new and unorthodox. 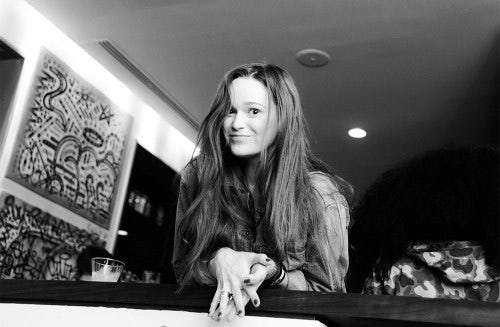 At Hood By Air’s Autumn/Winter 2013 runway outing, fashion-savvy rapper A$AP Rocky closed the show. It was a pivotal moment for the eight-year-old menswear label. Virtually overnight, Hood By Air’s luxury streetwear aesthetic — which blends 1990s-style graphics and striking silhouettes with high-fashion elements borrowed from the playbooks of Raf Simons and Helmut Lang — was featured in a host of mainstream fashion publications.

The mastermind behind this fashion moment was upstart fashion PR Sydney Reising, whose career began at age 18. She has worked with brands like Supreme and RVCA to bridge the gap between the worlds of high fashion and street culture. “It’s about taking that client and giving a voice to them that otherwise would not be available to them,” Reising explained. “I have that dialogue with the luxury and top-tier journalists but at the same time can go back and be authentic to my clients and say, ‘I can bro out, you can trust me, I’m an authentic person.’”

“Today, the conversation isn’t just dictated by the traditional sense of PR, [where] we would craft a narrative and just push out that narrative to the media which delivers it to the consumer and there it would be,” she continued. “Now that narrative is developed by the community, so it’s that dialogue that’s fundamental — that’s where your communication strategy has to lie.”

Before launching her own business, among many other roles, Reising worked at Harry Bee’s creative agency The 88 and helped fashion e-commerce start-up The Cools establish a partnership with make-up brand Bobbi Brown. “If Bobbi Brown wants to talk to girls who are Lower East Side, skateboarders’ girlfriends, not the traditional Bobbi Brown pink-wearing girl, how do we start that dialogue and be cool to them?” The answer: give style influencers like Leandra ‘Man Repeller’ Medine skateboarding lessons from a pro skater.

These kinds of genre-crossing projects, often involving social media blitzes and parties that tend to get shut down by the police, form the core of what Reising is known for. Now, she and her small team of three are constantly perfecting the art of “the hustle,” as she describes her day-to-day. “I play the role of CEO and intern at the same time. Everyone knows that if I’m doing something I’m creating the guest list, I’m creating the idea, I’m producing the event, I’m seating the show, backstage, I’m everywhere and doing everything. The hustle is just kind of like, not letting anybody get in the way. The hustle is, like, ‘Started from the bottom, now we here, for real.’”

Reising has recently been approached by potential investors, but the young woman, who didn’t even have a bank account until she registered her business, is weighing her options for growth. “Basically, I know it’s going to scale, and bottom line is, this is what I’ve done [with] just me. Imagine what things are going to look like when someday I’ve got my dream team assembled.” 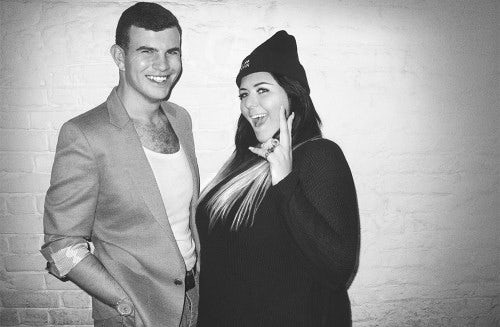 Ella Dror and Ashley Smith are best known for working with London’s next wave of emerging talent. “Because of the time when we both started working in the PR environment, it was a time when there were a lot of designers, here in London particularly, who had incredible profiles,” said Smith. “They were inescapable and were the coolest, most innovative, up-and-coming brands, but they weren’t actually selling any clothes. It was sort of like the brand was amazing, but the business behind it was not always keeping up with the profile of the brand.”

Critically, the duo are keenly focused on offering their cool clients important doses of practical advice. “We like to focus on the business,” said Dror. “If we’re working with a young designer, they might need a different kind of support, which is maybe just like, ‘Do you know you have to register this as a business? Do you know what a cash flow sheet is?’”

Before launching their own company, Dror and Smith (who first met years earlier at a traditional fashion PR firm) worked at independent London boutique Machine-A, managing the store’s PR until it closed to restructure its operations. The store’s shuttering left the two without jobs, but a roster full of young designers clamouring for publicists. “We didn’t really know [who] was going to look after them in the way that their brands specifically needed,” recalled Smith.

In early 2011, just before London Fashion Week, he and Dror went into business together, distributing show tickets out of a local Starbucks before securing office space. Since then, Dror and Smith have carved out a niche as champions of up-and-coming designers, many of whom deftly straddle both high fashion and streetwear, though the two also work with more established names like Bernhard Willhelm and Piers Atkinson, and have facilitated unexpected collaborations with large international brands, pairing offbeat London-based milliner Fred Butler with global timepiece company Swatch, for instance.

The best friends count mutual trust and a shared rhythm and work ethic as an important factor in their rise. “We’re like the same person, or turning into the same person. We’re on the same wavelength,” said Dror. “Even if nobody else is!” quipped Smith.

As for the future, the duo appear to be on the precipice of change, but declined to disclose details. “When we first opened we had found a niche without even knowing it,” said Dror. “I think we want to keep that niche but also move forward with what we think is happening and we think is relevant.” 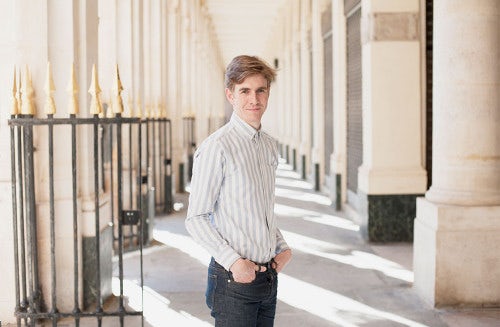 “The word luxury is often overrated. Luxury is not about high prices, but more about personal and cultural values,” said David Giroire, founder of the Paris-based David Giroire Communication, one of the youngest and most promising PR offices in town. A decade ago, as Giroire had just begun his career in public relations, working with brands like Dior Homme, Hermès and Repossi, he was already taking note of the quiet revolution that was taking hold at several high-end luxury brands.

“A new luxury was emerging. Brands were freeing themselves from their past, reinventing a new form of exclusiveness based upon a sharp sense of modernity and a new aesthetic,” he observed. “For the customer it was not just about buying luxury goods, it was about belonging to a brand and embracing the brand identity.”

After freelancing for about two years, Giroire established his own business. “My first clients were Studio KO and Arnys. At that time I had no office, no employees — I was on my own.”

The company was largely built on the concept of a new, slower kind of luxury — what Giroire now calls “alternative luxury” — which would become his calling card and the common thread running through his client roster.

Designer Raphaella Riboud is one example. “She has a very discreet approach to luxury, which is again more about cultural values and meaning than about ostentation,” said Giroire of Riboud, who makes pyjamas and other intimate garments with rare, fine fabrics that are typically reserved for haute couture. “I like this sophistication devoted to the realm of intimacy.”

Similarly, another one of his clients, the jeweller Maison Auclert, specialises in unusual, old gemstones mounted in contemporary settings. “To me this is far more luxurious than wearing big diamonds. One of Auclert’s pieces is older than the pyramids of Egypt!”

Social media does not always play a prominent role in Giroire's approach. “Don't get me wrong, of course we need social media and I'm a great fan of Instagram,” he said. “But [social media] is not a must for all of my clients; some of them don’t need this kind of exposure because they build their story on discretion and mystery.”

For Giroire, creating compelling communications is fundamentally about storytelling. “Successful communication often begins with a well-defined vision and a good equation of brand imaging and storytelling,” he explained. “As a small company, I am able to have a very personal relationship with clients, we have the time to share experiences and build stories.”

Giroire's team of three (including assistants Rabéa and Thomas) has just moved into its own offices in the middle of the Palais Royal that used to house the acclaimed novelist and playwright Jean Cocteau. “Our world is moving so fast, the challenge is for us to constantly adapt our strategy in order to always be at the right place," said Giroire. "I see the future of my company more as a day-to-day evolution than a strive to reach a preset goal.”