Victor Luis, who abruptly exited the company Wednesday, led the recovery of Coach and the acquisitions of Kate Spade and Stuart Weitzman. But investors aren't convinced that the portfolio is primed for growth.

Victor Luis, who abruptly exited the company Wednesday, led the recovery of Coach and the acquisitions of Kate Spade and Stuart Weitzman. But investors aren't convinced that the portfolio is primed for growth.

NEW YORK, United States — Victor Luis built an accessories giant by combining Coach, Kate Spade and Stuart Weitzman under one roof. But the sum of the three brands have yet to become greater than the parts, to the growing frustration of investors.

On Wednesday, Luis exited his role as chief executive of Tapestry Inc., effective immediately. Chairman Jide Zeitlin stepped in as interim chief executive, and will lead a search for a permanent replacement.

It’s a tough assignment. Tapestry was created after Coach acquired Kate Spade in 2017 (the brand had purchased Stuart Weitzman two years earlier). At the time, the thinking was that by combining forces, the three brands could fight declining mall traffic and growing online competition. Luis weaned Coach off a reliance to discounting that had tarnished its image and opened standalone stores, setting the stage for the label’s re-emergence as a formidable lifestyle brand defined both by its heritage and modern, global marketing campaigns.

But Luis struggled to come up with a similar winning formula for his two acquisitions. Stuart Weitzman is finally seeing returns on Tapestry’s investments, while Kate Spade sales continue to decline. Its new product offerings under creative director Nicola Glass have yet to gain traction with consumers. 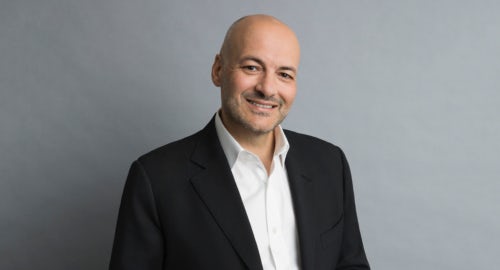 Tapestry shares have lost about one-third of their value in 2019, and are down nearly 60 percent over the last year. Earlier this month, Tapestry cut guidance for its upcoming quarter, forecasting a dip in revenue and earnings per share. Plans for future acquisitions have been put on hold. Shares rose 5.1 percent on Wednesday.

“It’s no great secret that we’ve had some hiccups as we integrated Stuart Weitzman and Kate Spade,” Zeitlin told BoF. “As we go forward we’ve got very little tolerance for hiccups … the opportunity is to really heighten the focus on the implementation [of these brands].”

The crux of Tapestry’s problems, analysts say, is Kate Spade.

The label emerged in the 1990s as one of the first American handbags brands to rival the cult status of heritage European labels. Relatively affordable in price and colourful in style, Kate Spades became an “It” bag among New York’s creative crowd.

But by the time it was sold to Coach for $2.4 billion in May 2017, that cachet had dulled. Today, the $300- to $600-price range for handbags is saturated with not only mainstream labels like Coach and Michael Kors but also Instagram-savvy direct-to-consumer newcomers like Staud, Danse Lente, Wandler and Mansur Gavriel.

According to industry sources, Luis was overly optimistic about the brand’s speed of growth, and now investors are unhappy with the reality.

Earlier this year, Kate Spade unveiled its first collection under Glass, who was hired in late 2017. But the brand struggled with its merchandising mix, and the company said in August that comparable sales declined by 6 percent in its most recent quarterly earnings quarter, posting $332 million in net sales. The company expects Kate Spade to decline even further: comparable sales are slated to dip at a “high-teens rate based on the current traffic trends we are seeing in the business,” Tapestry's global head of investor relations Andrea Resnick said in a call with analysts last month.

“Coach regained a lot of momentum and never lost its identity. With Kate Spade, the problems are deeper,” said Neil Saunders, the managing director of GlobalData Retail. “It’s not entirely clear who the customer is, what the aesthetic is … In a crowded market, it’s not really been good enough to [stand out].”

Last month, Luis said integrating Glass’ creative vision will take more time. Earlier this summer, Tapestry hired a new global merchant for Kate Spade and recruited a new head of stores from the Coach side of the business.

Moving forward, Tapestry will continue to develop what Zeitlin calls the “product architecture” of Kate Spade, “really making sure we have high-quality and well-designed products that cover a range of price points, silhouettes, colours and uses,” he said. 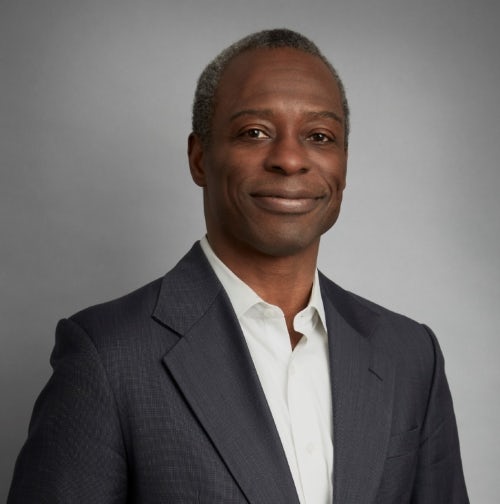 “Kate Spade was already in trouble when they bought it,” said Bluefin Research analyst Rebecca Duval. “The big pushback from the investor community is the fact that the turnaround was supposed to be more grounded at this point — and for it to decelerate even further obviously was concerning to the majority of the stakeholders.”

Luis joined Coach 13 years ago. As CEO of the brand, he led the acquisitions of Stuart Weitzman and Kate Spade, and doubled down on the brands’ presence in Asia.

“We can create much more long term value by being a portfolio of strong brands rather than being one brand that tries to be everything to everybody and find unlimited growth double digits all the time,” Luis told BoF in May.

Zeitlin said his focus will be on executing the strategy that Luis already put in place: honing the company as a portfolio and playing up the sum rather than its parts. Exemplified by Kering and LVMH in Europe, the portfolio playbook gained prominence in the US in recent years and has been deployed by Michael Kors — now Capri Holdings — and PVH, among others.

“By having a group of brands you cover a lot of different consumer types with various interests, and Coach has a nice balance here,” said Saunders of GlobalData Retail. “But the challenge is that unless you run them as separate businesses, you can lose focus. Coach is performing well, Stuart Weitzman is okay and Kate Spade really isn’t.”

For the time being, Tapestry won’t be making new acquisitions, according to Zeitlin.

“You’ve heard us talk about how Kate Spade is a $2 billion revenue opportunity,” he said. The focus now is “making sure we capture that and that we do it sooner rather than later.”

Tapestry Going After Chinese Handbag Shoppers on Their Own Turf