LONDON, United Kingdom — When it comes to identifying the inspiration behind their collections, fashion designers are quick to credit art, music and travel. Textile fairs, not so much. Yet, alongside destinations like the Frieze art fair, the Venice Biennale and Coachella, many designers make the bi-annual pilgrimage to Paris for the Première Vision textiles fair, or ‘PV’ as it is affectionately known, in search of essential ingredients that can help to distinguish their collections. In fact, some of the strongest trends running through the recent Autumn/Winter 2015 shows were driven by textiles sourced at PV, from shearling and fur to velvet, corduroy and coloured leather.

Twice a year, in the gargantuan 2,647,922 square feet of the Parc des Expositions, across eight cathedral-like halls, reams of silk jacquards, rubberised lace and bonded technical fabrics (to name but a few) are put on show by textile mills vying for the attention of roving designers.

Première Vision — the largest textiles fair in the world — was founded in 1973 by a group of fifteen Lyonnais weavers aiming to promote their fabrics. Though its size has since ballooned (February’s instalment of the Paris fair attracted 1,792 exhibitors and 58,443 visitors and smaller PV fairs now take place in New York, Istanbul, Barcelona, Sao Paulo, Shanghai), its raison d'être has not shifted far from the weaver's original ambition.

To deliver on its mission, Première Vision invests heavily in colour, design and styling forecasting, setting and promoting trends developed in partnership with mills. “Première Vision has a group committee that puts together the colours for the season, with the weavers themselves and the various style groups... a lot of the space within the hall in Paris is given over to style and trends,” said Peter Ackroyd, vice president of the strategy board at Première Vision and global strategic advisor for the Woolmark Company. The approach helps to ensure mills stay on trend and aren’t left with heaps of unsold cloth at the end of the fair. Other major textiles fairs, like Milano Unica and Munich-based ISPO, employ a similar strategy.

But, each season, amidst the plethora of textile trends on show, only a handful truly take off. So what sets them apart?

Sales performance is a major driver, of course. Edward Crutchley, a textile design consultant for Louis Vuitton, as well as the designer of his own menswear label, links the popularity of velvet (a hit on Autumn/Winter 2015 runways) to its commercial success. “A part of it is marketing and sales driven, like with velvet, for example. Velvet always sells well because it’s thought of as luxurious. You will have a velvet jacket, it will sell well, then there’ll be two or three seasons when the sales and marketing people are saying, ‘We really need a velvet jacket, sales will be so much better’ and then you see velvet for two or three seasons.” 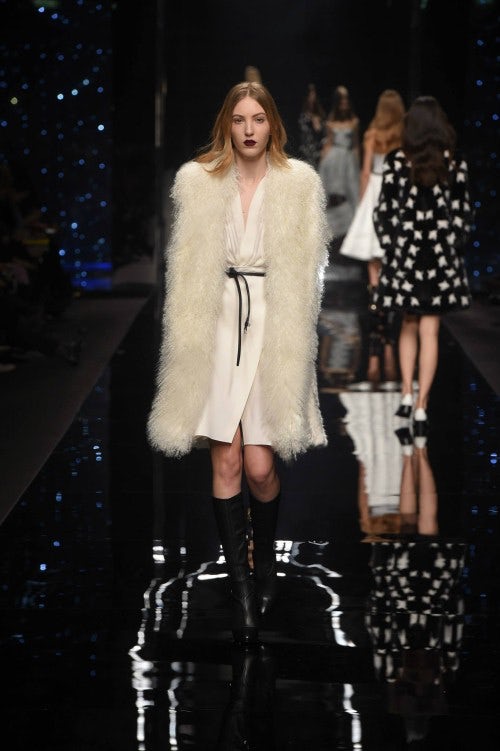 Buoyed by strong demand, fabrics can, sometimes, be hot for years. For Pascaline Wilhelm, fashion director of Première Vision, the trend for neoprene ‘scuba’ fabric has lasted far longer than she expected. “Sometimes trends are so long! We’ve been speaking about scuba for four years now — I’m sure you have the same feeling that scuba is finished — but the global market still needs it.”

Influential brands, that create their own textiles in-house, also help to set popular textiles trends that ripple throughout the wider industry. Crutchley identified in-house innovation at Céline as the origin of the wave of bonded fabrics on show at Première Vision. “There’s lots of bonding going on — jersey stuck to leather, cotton stuck to something and so on — because Céline was doing it for so long. Everyone was launching their own developments or ringing mills up going, ‘Can you bond this?’ Bonding started to come through in the textile supply collections maybe two years ago and there were maybe about four or five people doing it. Now every mill has found a place to do it and they’re [all] having a go at it.”

In the last few years, designers have increasingly turned to textiles to set themselves apart, driving what Wilhelm describes as an “industrial revolution” in textile production “to produce smaller runs of more personalised textiles.”

For designer Ermanno Scervino, who featured guipure lace, houndstooth and shearling, as well as fur, on the catwalk for his Autumn/Winter 2015 womenswear show, the selection presented by mills is the starting point for the development of bespoke fabrics. “For Spring/Summer 2015, for example, I wanted to create the bustier dresses realised in a couture way with an original type of wicker that we produce ourselves with specific machinery... We work with Italian and international manufacturers and suppliers. They introduce us to the most innovative fabrics, which are the starting point in order to create new exclusive materials every season.”

Likewise, JW Anderson, who used velvet, shearling and coloured leathers in his menswear Autumn/Winter 2015 show, develops bespoke fabrics as well as taking cues from textile producers. “After the fairs, all the fabrics and research comes in and you take it from there in terms of deciding what is the best and newest direction for that season," said designer Jonathan Anderson. "Some seasons you may make a decision beforehand — for example we really want these textures this season, so we will go and look for it... Textile companies do present their new collections to us. However, at JW Anderson we are mostly choosing from our own mood boards and inspiration, and develop our textiles with mills to fit our inspirations.” 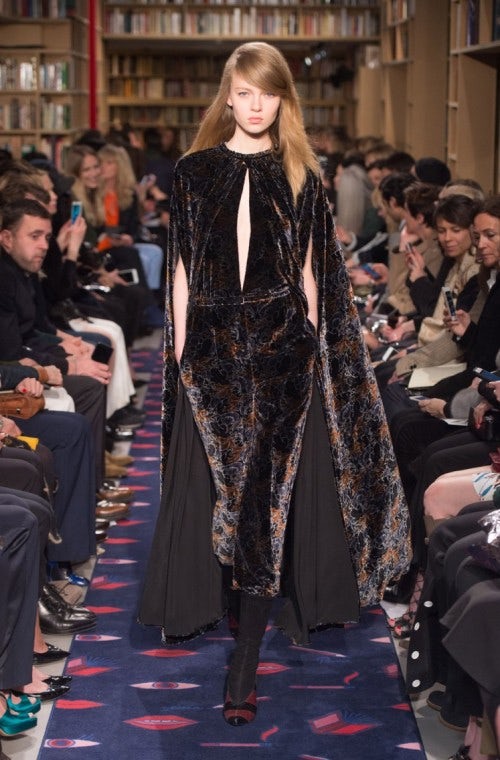 Julie de Libran, now in her second season as creative director at Sonia Rykiel, also creates fabrics in direct partnership with textile companies. “I give a direction on what kind of fabrics I would like for the season and then we start looking at fabric collections in that direction… but mostly we create our own fabrics with the textile companies.”

However, not all designers can afford to create bespoke fabrics and are therefore dependent on what’s available at textiles fairs. Astrid Andersen, whose fledgling premium streetwear label shows in London and New York, loves sourcing fabric and attends the fairs each season, but she cannot afford to order bespoke textiles.

“To be honest, when you are a business my size you have to also work with what is available in the quantities we need for sampling and production. I envy big houses that can have whatever they desire made up, that must be a dream scenario to have a fabric team that just helps you research and create fabrics every season!”