LONDON, United Kingdom — It's been quite the year for the BoF team. In January, we will celebrate our 4th birthday, having seen BoF grow from a passion project created from the sofa in my living room to a growing global community of like-minded fashion professionals that is BoF today.

We are grateful for all of the support our community has shown us over the past 12 months, from the success of our sold-out Fashion Pioneers series to the rapidly growing numbers of you who come to us every day for opinionated fashion business analysis and a highly-curated point of view on the day's news. We now have over 150,000 followers on Twitter, 2,000 fans on Facebook and growing follower base on our new Tumblr page. We are honoured and grateful that so many of you take the time to engage and interact with us on a daily basis, in so many ways.

The international media has also been paying attention to the power and reach of our community, from the International Herald Tribune to Vogue Italia to The Evening Standard. Canada's Macleans Magazine called BoF "The Economist of Fashion," the Daily Telegraph included BoF in their round-up of "Britain's Best Fashion Bloggers" and just this month British GQ gave us a little surprise for 2011 (check out number 92). What an honour and a great way to start the new year!

None of this would be possible without you, the global community of executives, designers, editors, students, academics, investors and supporters who have made BoF their daily must-read on the fashion business. We're going to take a break over the holidays, but in the meantime here's a look back to the articles and stories which fired up your interest and passions this past year. Thank you again for your continued support.

1. In Tokyo, Abercrombie Misses Its Mark 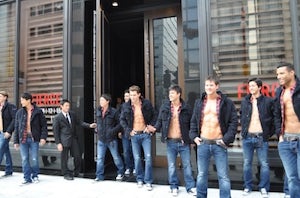 When BoF's W. David Marx filed his report on the new Abercrombie & Fitch store in Tokyo's Ginza district earlier this year, calling the American fashion brand out for its culturally insensitive approach to international expansion, the fashion blogosphere lit up with conversation about the new store. Commenters on BoF joined in large numbers, describing their own experiences — positive and negative — at the brand's Tokyo emporium and providinginsider scoops on the brand's bungled retail strategy in Japan. 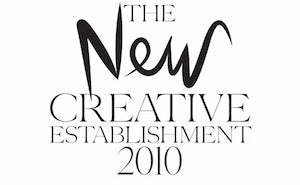 Possibly the most controversial article of 2010 was our exclusive preview of The New Creative Establishment created by our friends at INDUSTRIE magazine. The preview rocketed to the top of our Most Read Articles list right away and has firmly held its position for more than a month. Lists like these always spark some kind of controversy, but the uproar about this one was heard in fashion quarters around the world, and indeed on all of the major fashion websites from Grazia Daily to Style.com. Who deserved to be on the list? Who didn't? Who was missed? Are these kinds of lists constructive contributions to the fashion dialogue or just a way for a new magazine to get attention and flatter would-be collaborators? You decide.

3. Fashion 2.0 | What The Independent Article Didn’t Tell Us 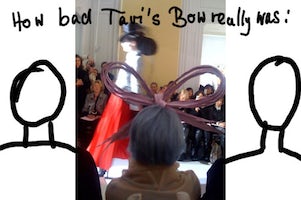 Back in February when The Independent newspaper contacted several respected bloggers for comment on an article about the growing influence and questionable ethics of some fashion bloggers, BoF was more than happy to provide some thoughts. However, when the article was published quoting only editors from major magazines, we published our own article, to give the other side of the story.

4. Fashion 2.0 | Top 10 Fashion Films of the Season
Our twice-a-year rundowns of the top fashion films of the season continue to be very popular. Fred Butler's Sunshowers film topped our ranking of fashion films in the Spring while Gareth Pugh's tour de force film shown in Paris' Bercy stadium grabbed the top spot in the Autumn ranking. If you have some time over the holiday break, sit back and enjoy these curated selections of fashion's finest films. 5. BoF Exclusive | Zaldy Goco talks about designing for Michael Jackson and Lady Gaga 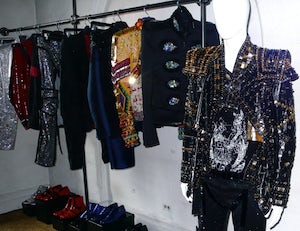 Michael Jackson's untimely death right before he was about to kick off a 50 concert series in London shocked the world.  Not only did BoF get the global exclusive scoop from designer Zaldy Goco on the costumes he had designed for the King of Pop, but we also got his take on working with Lady Gaga, whose impact on fashion in 2010 was absolutely huge. 6. Fashion 2.0 | Suzy Menkes on the Growing Influence of Fashion Blogs In early in 2010 Suzy Menkes issued a warning to bloggers about the risk of becoming mouthpieces for fashion brands, many of whom seem to be looking to manipulate bloggers into publishing what some consider to be nothing more than brand propaganda. Ever the pragmatist, Ms Menkes also realises that the growing impact and relevance of blogs and other social media is here to stay. She told Mary Scherpe of Stil in Berlin, “the world changed when fashion instead of being a monologue, became a conversation. And that’s never going to stop.” 7. Fashion 2.0 | The Fashionable Rise of Tumblr 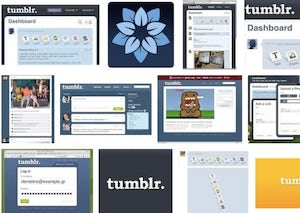 Tumblr is the latest social media platform to take the fashion industry by storm. Vikram Alexei Kansara's round-up on the rise of fashion tumbling elicited a huge response amongst the Tumblr community and resulted in BoF being invited to become an editor on the official Tumblr fashion channel. BoF has also launched it's own Tumblr to participate in this passionate community. 8. Fashion Pioneers | Jefferson Hack, Natalie Massenet and Nick Knight Our series of in-depth, one-on-one interviews with fashion's most inspiring pioneers have been extremely popular on BoF and have spread around the internet like wildfire. If you missed our interviews during the year, take the chance to listen to these pioneering fashion forces speak about the future of fashion:

Jefferson Hack on Fashion Media in The Era of Digital Beauty

9. How Influential are the New Fashion Youth?

Much has been said about the increasing influence of young fashion bloggers, empowered with digital media and their own creativity. Indeed, today’s internet-empowered youth have the tools, access and information to create and promote their own fashion culture. Our exploration of the 'new fashion youth' demonstrated how this kind of online showcase may create opportunities for long-term careers in the fashion industry.

10. It’s Time Fashion Schools Got Down to Business 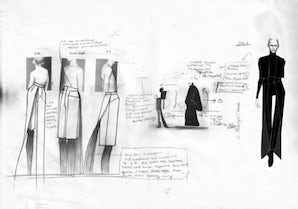 Rounding out the top ten articles of the year on BoF was an opinion piece highlighting the lack of business training and preparation given to young fashion designers at fashion schools the world over. The article does not advocate upseting "the unique and delicate creative climates that have been carefully constructed at the world’s leading fashion colleges," but "building some basic business training into the core fashion curriculum would be a very good thing indeed."

Imran Amed is founder and editor of The Business of Fashion