LONDON, United Kingdom — It’s that time again when we take a look back at the people, places and innovations that have defined the year in the business of fashion. And what a year it’s been. From the debuts of new heavyweight designers at megabrands Dior and Yves Saint Laurent to the flurry of digital innovations and the rising markets of India, China and Brazil, we’ve covered it all.

It was also a particularly special year for BoF, as we celebrated our 5th birthday at events in New York, London and Florence, packed with our friends and supporters from across the BoF community, further emboldening us to continue BoF’s development into a must-read resource for fashion professionals around the world. We are grateful for the support our community has shown us this past year and are looking forward to the fruitful years ahead.

But now, it’s time for even BoF to take a break from the fashion frenzy. We will be off until 3 January, 2013. Until then, we look back at the best of BoF in 2012. Happy holidays to everyone and best wishes for a healthy, happy and prosperous 2013! 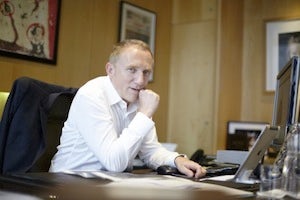 Here at BoF, we are constantly inspired by the movers, shakers and decision makers who are shaping fashion as we know it.

CEO Talk | François-Henri Pinault, Chairman and Chief Executive Officer, PPR
Over the summer, I caught up with the affable Francois-Henri Pinault for an exclusive interview on PPR’s newly announced joint-venture with Yoox Group. Mr Pinault plans to rapidly build out PPR’s ecommerce capability across its brand portfolio with a view to having €1billion in online turnover by 2020.

CEO Talk | Bruno Pavlovsky, President of Fashion, Chanel
In contrast, a few months later I spoke with Chanel’s Bruno Pavlovsky and learned the thinking behind Chanel’s decision to not sell its ready-to-wear and accessories online. It was a fascinating, revealing look into this, one of the world's most powerful luxury brands.

The Business of Blogging | The Man Repeller
Then there was the sensationally funny Leandra Medine, who sat down with BoF managing editor Vikram Kansara and I at the Bowery Hotel in New York one afternoon, keeping us in stitches with her witty repartee and impressing us with the smart strategy behind her breakout blog, The Man Repeller.

First Person | Tory Burch Says Work Hard, Think Long Term and Be Patient
First Person | Jenna Lyons Says You Have To Make Quick Decisions From the Gut
Our New York-based writer Tommye Fitzpatrick met with two stylish and inspirational women, Jenna Lyons and Tory Burch, for our signature First Person series. Each shared their personal and professional stories and, in doing so, explained how they came to be two of the most influential people working in fashion today. 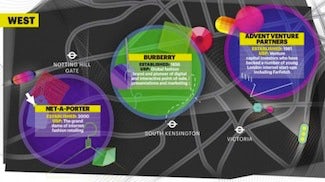 The impact of new technologies on the fashion industry has long been a focus of our intelligence and analysis. This past year was no exception.

In Digital London, Technology and Fashion Collide
In an article co-published with Wallpaper* magazine, we explored how London’s rising technology and fashion scenes have intersected, giving the city a much-needed creative and entrepreneurial boost.

Fashion 2.0 | The Next Chapter of Content and Commerce Integration
We also explored the evolution of the content-meets-commerce model that has come to define fashion and luxury e-commerce. “Over the last decade, the interconnectedness of the web has rewired reality and given rise to new business models that integrate commerce and content,” wrote Vikram Kansara.

E-Commerce Week | The Stage is Set for an E-Commerce Explosion
Elizabeth Knopf reported on how recent innovations and infrastructural advances have set the stage for an e-commerce explosion.

The Long View | Chris Anderson Says the ‘Maker’ Movement is the Next Industrial Revolution
Former Wired (US) editor Chris Anderson shared his thoughts on the 'Maker' Movement.

Retail Recon | Burberry’s Bet on Retail Entertainment
In a bit of ‘Retail Recon,’ we visited Burberry’s sparkling new flagship on London’s Regent Street, reviewing all its digital bells and whistles. 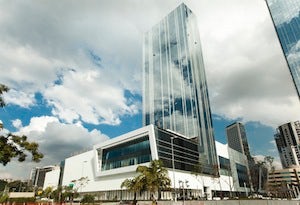 We are grateful to our writers in farflung style capitals around the world who regularly provide us with front-line intelligence briefings on the latest developments from global markets.

Global Briefing | Forget the Beach, Mall Culture Rises in Brazil
Our Sao Paulo-based correspondent Jorge Grimberg examined the rising importance of mall culture in Brazilian society and how luxury brands are flocking to these new spaces to plant their flags.

The Top 20 Movers, Shakers and Decision-Makers in China Fashion
Based in Hong Kong, Divia Harilela worked with us to create the definitive list of the names to know in China's exploding fashion industry. No luxury executive with his or her eyes on China should miss it.

Global Briefing | Is FDI Reform the Answer to the India Problem?
Even with a flurry of regulatory changes in India, luxury brands still need to address barriers impeding the growth of India’s international luxury goods market. Shweta Shiware investigates.

India Inc. | Thinking Beyond the Cashmere Crowd
We had one outstanding piece on India's own version of the 'bridge and tunnel' crowd from our contributing editor, the inimitable Bandana Tewari, whose travels around the world and busy schedule made it impossible for us to get more out of her -- this year. I agree with Rymn Nassand of New York who commented below her article, "Succinct, insightful and smart-as usual. Tell us more!" 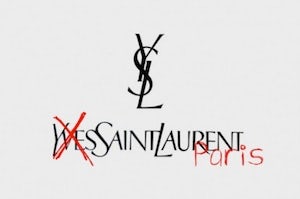 Opinion pieces from the BoF team, as well as those from Op-Ed contributors, have become a very popular feature on the site. Perhaps it's not surprising because so much fashion journalism has become watered down. Even if I don't always personally agree with their conclusions, I firmly believe that BoF should be a platform for strong points of view, backed by facts and informed opinion.

A Wake-Up Call for YSL’s PR Team
Shortly after Hedi Slimane's debut at Yves Saint Laurent, I reported on the bizarre PR antics of the house in the six months leading up to the show in Paris in October. I'll leave to you to read the details, but suffice it to say the piece struck a nerve. It is the most read (and certainly the most discussed) article in BoF history.

Colin’s Column | Remembering Diana Vreeland
We love Colin's Column and apparently so do many of you! Colin McDowell's regular musings on the fashion industry in all its guises have sparked endless controversy here on BoF and elsewhere. Our favourite column of the year, and this was a tough choice, was his vivid and honest account of his interactions with Diana Vreeland. Thank you Colin.

Op-Ed | Making The Case Against Fast Fashion Collaborations
When Eugene Rabkin wrote to me earlier this year to share an essay he had written on the H&M and Margiela collaboration, I agreed with him that BoF was the ideal platform for sparking the debate on fast fashion collaborations.