TOKYO, Japan — Thirty five years ago, the fashion world found itself in the midst of a Japanese invasion that seemed to take place overnight. From a country where the kimono had been the standard dress until the end of World War II, and uniforms dominated in the years that followed, a contingent of highly innovative designers emerged, rising to prominence to become regular fixtures at Paris Fashion Week.

Kenzo Takada led the pack in 1971, crossing cultural currents by merging Asian silhouettes with European folklore. Rei Kawakubo of Comme des Garçons and Yohji Yamamoto followed a decade later, shocking fashion journalists by sending out models with pale white faces, in formless dark frocks that could be likened to a psychiatric patient wrapped in crumpled bed sheets. It was the first time that clothes didn’t begin with the premise of women as sexual objects.

From Hiroko Koshino, Junya Watanabe and Jun Takahashi (Undercover) to Junichi Abe (Kolor) and Hiromichi Ochiai (Facetasm), an influx of progressive designers followed. Yet, for all their avant-garde shapes, high-tech fabrics and radically different fashion philosophies, they had one thing in common: their roots can be traced back to Bunka Fashion College. 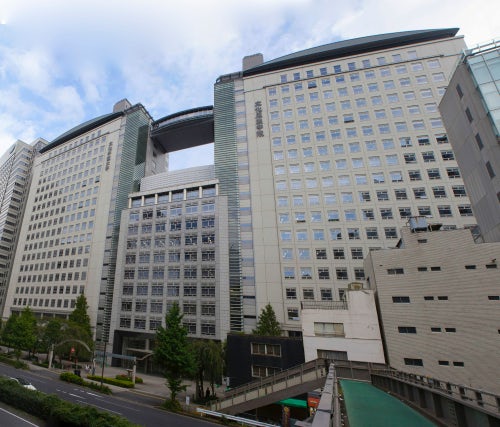 A towering, 20-storey glass and concrete building, Bunka is based in Shinjuku, one of Tokyo’s iconic, incredibly disparate, neighbourhoods. Its stark-grey structure sits at the point where the Western side of Shinjuku, dominated by offices and Tokyo’s largest concentration of skyscrapers, meets the East’s neon-illuminated nightspots and sprawling red-light district — a legacy of the 1960s, when student radicals, artists, writers and political activists crossed paths.

To describe Bunka Fashion College as merely another place of learning would be to do it a disservice. In one classroom, which could almost pass as a medical ward, photos of disabled children are pinned to the walls and diagrams outlining the human anatomy are placed next to a neat line of mannequins. And these are not regular mannequins. Every year, Bunka takes the measurements of its students and creates mannequins that reflect the average of the class. As a result, the forms are much more reflective of real people’s figures than the standard Dritz dummies, used in most art schools around the world.

“Before designing anything, students must understand the human body shape and how human bodies move,” explains Professor Sanae Kosugi, dean of Bunka Fashion Graduate University and president of Bunka Fashion College. A former classmate of Yohji Yamamoto and the teacher of Junya Watanabe, Kosugi has been with the school for 35 years. “Every student, whether they’re studying design or merchandising, has to study this first. To know the body well is very important.”

Indeed, the mannequins are one aspect of Bunka’s unique approach to fashion education that makes it unlike any other fashion institution in the world. Founded in 1923 as a dressmaking school by Isaburo Namiki, who worried that the increasing popularity of women’s western-style clothing might replace the traditional kimono, Bunka has five key values it hopes to instil in its students, including craft, sustainability, contribution to society, and self-expression. 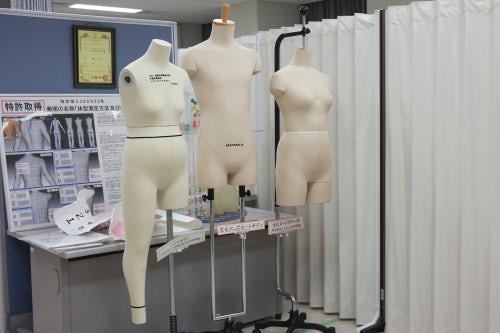 But first and foremost is collaboration. “The most important thing to know is not about clothes, but how to work with others. You cannot work alone in the fashion industry, or even the world,” says Kosugi. "As part of their education, we want [them] to think about making clothes. Not only for people we consider ‘good looking,’ but also the elderly, children and those with disabilities. How can we make their lives better?”

While these may not seem like conventional art school lessons, Bunka’s holistic view stems from the values underlying Japanese culture and the two key concepts practised by many Japanese — the drive to achieve satori, an enlightenment that is the reward for intense concentration on the task at hand, and kaizen, a way of thinking about continuous improvement.

“It’s not just Bunka. The whole educational system in Japan is fundamentally different and Bunka follows those norms,” says Misha Janette, a Tokyo-based stylist and fashion journalist, who graduated from Bunka in 2007. “The school demands perfection and will make you do stitches over and over again until they are perfect down to the millimetre. Until recently, it wasn’t considered kosher for students to have part-time jobs while studying in Japan. Teachers expected you to spend your time improving your skill, rather than on extracurricular activities.”

“I was not really a diligent type of student,” admits Junichi Abe, a Bunka graduate and the designer behind Japanese fashion brand Kolor. “At school, everyone constantly received challenging assignments and work, but I think that became very good training for me in the end.” Indeed, Kolor, founded by Abe in 2004 after nearly five years working for Junya Watanabe, has cut, fabric and attention to detail at its core. Since its inception, the label has attracted leading stockists worldwide, including Mr Porter, Farfetch, Lane Crawford, MatchesFashion.com and The Corner. 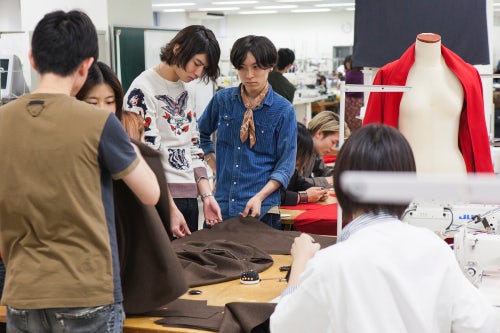 Bunka can be separated into three different eras. “At the beginning, Bunka educated those who wanted to make clothes for themselves or for their family. Then, the era of designers like Kenzo and Yohji emerged,” says Kosugi, referring to the economic bubble that burst in the 1980s, resulting in a waning interest in global brands and the rise of new, independent labels, which appealed to Japan’s youth culture. “Now, we’re in the era that educates students to support the industry. We educate new blood to support the old blood.”

The school is also famed for placing students into the best slots at the most prestigious Japanese fashion companies. “Many of our graduates work for Yohji Yamamoto or Issey Miyake,” beams Kosugi. “In fact, the chief designer of Issey Miyake [Yoshiyuki Miyamae] is a graduate of Bunka.”

But, studying at Bunka has proved challenging for international students, despite accounting for 20 percent of the student population.

“This is a very homogenous society we’re talking about. It was up to me to learn and accept the Japanese way of doing things,” says Janette, who hails from Washington.

“When I wanted to come to Bunka, it was difficult to find information about the school and I didn’t know who to ask. Everything was explained in Japanese, and there were no classes taught in English,” adds Daphne Mohajer Va Pesaran, an Ottawa native who graduated from Bunka Fashion Graduate University, and now works as a designer, writer and instructor in Tokyo. “Today, there are more English-speaking staff and there are more foreign students at Bunka.”

“We think that it’s more important for the students to know Japanese than English,” says Kosugi of the 600 overseas students enrolled this year. “We don’t have any plans to create English programs in the near future. All students have to study Japanese. However, at Bunka Gakuen University, there is one Master’s program that is taught in English.”

Kosugi refers to the Global Fashion Concentration MA course, where Mohajer Va Pesaran teaches the advanced seminar in fashion design. “It’s the first of its kind at Bunka that is fully taught in English,” says Mohajer Va Pesaran, but admits: “It’s still quite a small course. We have about six or seven students in the first year.” Bunka also runs exchange programs with other schools around the world, such as Nottingham Trent University, and from next year will be partnering with the French school École des Arts Décoratifs to offer a double degree program. 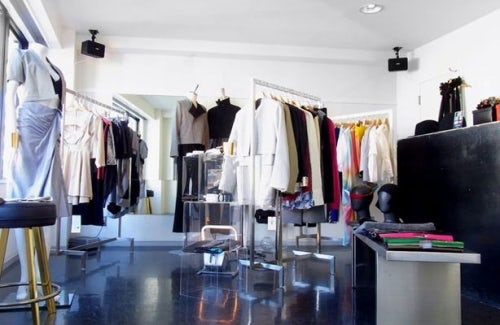 The school continues to produce talent, with a new generation of Japanese designers emerging from Bunka over the past decade. Launched in 2007, Hiromichi Ochiai’s Facetasm has garnered attention on the catwalks of both Paris and Tokyo for his avant-garde experimentation, while Tsumori Chisato, who brought her eponymous line to Paris in 2003, offers practical fashion with a Western flavour.

Newest to the scene is Soshi Otsuki, who launched his namesake label in 2015 immediately after graduating from Bunka and was nominated for LVMH’s graduate prize 2015. For Autumn/Winter 2015, Otsuki presented as a part of the ‘Tokyo New Age’ collective at Mercedes Benz Fashion Week Tokyo, as well as in the International Fashion Showcase hosted by the British Fashion Council in London.

Not all of Bunka’s graduates go on to become fashion designers. Tatsuro Motohashi, a 2002 graduate, opened his boutique Xanadu in the shopping and entertainment district of Shibuya. “At Bunka, we learned the skills of sewing and the history of fashion. Today, these skills are useful for communicating with my customers and designers,” says Motohashi, whose fellow students have also found roles in the competitive industry. “I have school mates who often visit my shop as a stylist or editor seeking pieces.”

Motohashi also turns to his alma mater each season to find new designers and collections to stock in his boutique. “We’ve stocked [recent Bunka graduates] Luciole Jean Pierre — shirts with a beautiful silhouette are his speciality — and Motohiro Tanji, who has great technical skill in knit.”

Ultimately, there’s a reason why many of Bunka’s graduates remain in Japan or work for a Japanese company, explains Kosugi: “Western graduates might think it looks good if you work for a big famous company, but for Japanese students, what’s more important, for them, is that they want the world to know about Japan. That’s why they choose to work for a Japanese brand, to help it grow.”

Editor’s Note: This article was revised on 27 October, 2015. An earlier version of this article misstated that Bunka runs a student exchange program with Parsons The New School for Design. It does not.

What do you think constitutes a high quality, rewarding fashion education? To view the full Special Report on the State of Fashion Education, including the first Global Fashion School Rankings, click here.