No company in fashion has given birth to a collection of creative offspring quite like Rei Kawakubo’s Comme des Garçons.

TOKYO, Japan — As in other sectors, fashion’s biggest and most visible companies serve as de facto training grounds for rising talent. But none has given birth to a collection of offspring quite like Rei Kawakubo’s Comme des Garçons, a multi-brand business that generates $220 million in revenue per year, yet operates according to an unconventional ethos rooted in raw creativity.

Some of Kawakubo’s protégés, like Chitose Abe of Sacai and Junichi Abe of Kolor, have gone on to found their own companies, while others have been given their own labels within the Comme des Garçons ecosystem, a creative forest of sorts where new product lines grow directly off the main root. 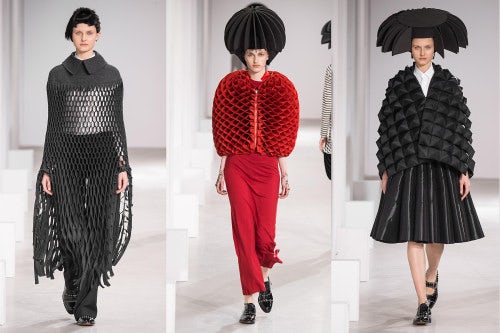 The first of these was Junya Watanabe, who first entered the company as a patternmaker and was given his own label by Kawakubo in 1992. The experiment was successful. Comme des Garçons does not break out business results for specific lines, but it’s clear that Junya Watanabe has become a creative and commercial force in his own right. Since then, Kawakubo has given lines to several other designers: Tao Kurihara’s “Tao”(launched in 2005, but discontinued in 2011), Fumito Ganryu’s “Ganryu” (launched 2007) and, most recently, Kei Ninomiya’s “Noir by Kei Nomiya”(launched 2012).

“After working hard for many years with the company and proving their abilities and understanding of the values of Comme des Garçons, Kawakubo asks them if the would like to have their own lines,”explained Adrian Joffe, president of Comme des Garçons International and partner of Kawakubo.

As with much of what Comme des Garçons does, these offshoots defy easy characterisation. There is nothing that ties them together in purely aesthetic terms. What they do have in common, however, is a set of values. “It all comes from the same source: the desire to create something different. Our kachikan, or sense of values, goes into everything the company does. Not just clothes but everything. It has to be new. It has to be creative,” Joffe, told BoF in a wide-ranging interview back in 2013.

Tao allowed Kurihara to indulge her whimsy, going from punk one season to childhood fantasy in another. She first worked as a patternmaker for Watanabe before becoming head designer of Tricot Comme des Garçons. Kurihara described working with Watanabe as “creation without compromise,” while her own line “represented creation that is unique to me.” (Tao was short-lived and closed in 2011, because Kurihara wanted a change of lifestyle, she said, and returned to designing the Tricot line, which is shown twice a year in Tokyo). 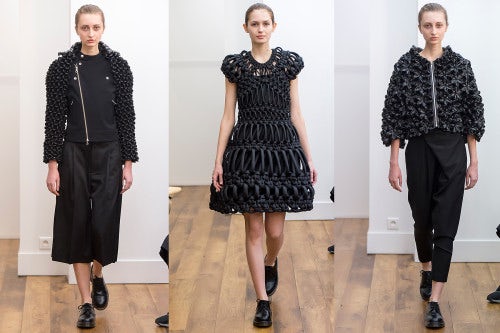 Fumito Ganryu also began as a patternmaker for Watanabe. His menswear line Ganryu, plays with the codes of streetwear, reworking classics like denim jackets and sweatpants. “I don’t think about fitting in,” he said when asked about producing a line under the Comme des Garçons umbrella. What he values most about his position is that “within the world of Comme des Garçons, concepts that seem difficult to translate into reality are met with optimism and put into action.”

Kei Ninomiya, who dropped out of Antwerp’s Royal Academy of Fine Arts in order to work as a patternmaker for Comme des Garçons in 2008, was given his own line only four years later. His work is severe and rigorous. He uses only the color black and avoids sewing, producing garments of unparalleled complexity and elegance. Like the others, Ninomiya feels privileged to work for a company that gives him freedom to realise even the most difficult ideas. “Comme des Garçons, the company, values creativity. The factories it works with respect this and make efforts to do their part in the creative process,” he explained. “[Kawakubo] oversees my work in a broad sense, but never checks on a collection while it is being made. Exciting creations cannot be made without autonomy.”

“Kawakubo gives them total freedom to do what they want,”said Joffe.“She sees and checks their collections the day before launching them, but it is very rare that she makes any changes. She will discuss strategy, budgets and policy with them at first — and is always available for advice, should they need it — but then she really leaves them free.”

While some of Kawakubo’s protégés have launched their own lines under the Comme des Garçons umbrella, others have left the company and gone on to found their own brands, including Junichi Abe of Kolor and Chitose Abe of Sacai. (Though the two are married, they work on their respective labels independently.) 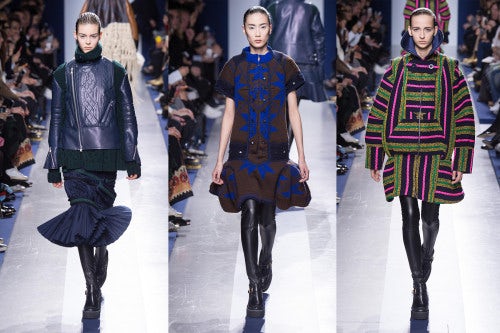 Chitose Abe worked at Comme des Garçons for eight years — first as a patternmaker under Rei Kawakubo and then as part of Junya Watanbe's design team — before opening her own business, after the birth of her first child. "Obviously, I have so much respect for that company. But more than learning my trade as a designer or how to marry creativity with business, do you know the most important thing I learned from Comme des Garçons? How to catch when a new kachikan (personal value system) is born and how to express it through fashion,” Abe told BoF in 2013.

Junichi Abe began working as a patternmaker at Tricot Comme des Garcons in 1989 and, when Watanabe was given his own line, Abe moved to his team. After four and a half years with Watanabe, he grew disaffected by the speed of the fashion cycle and left to start a new label, ppCM, with three friends, focusing on making more enduring garments. But by 2004, the team had disbanded and Abe struck out on his own, launching Kolor. Though he has returned to the traditional fashion calendar, Abe has incorporated his practice of reworking classic garments into his brand.

“There are countless things that I learned from working at Comme des Garçons,” said Abe. “It is of course the knowledge of techniques and skills. However, what influenced me more — even today — is the ethic toward work and the way to face design.”

Alongside their common belief in genuine creativity, many of Kawakubo’s offspring began as patternmakers, achieving mastery over their craft through years of working on garments firsthand — not just sketching — something which is increasingly rare and valuable today. But there is also a special sort of a apprentice-master relationship between junior and senior employees at the Comme des Garçons company, at which young designers learn invaluable know-how. Junichi Abe described his relationship with Watanabe as one between a senior (senpai) and a junior (kohai), even though they were close in age. “Watanabe was really strict toward work; therefore, working for him was, of course, not easy, but I learned many meaningful things from him.”