The British Fashion Council revamped its annual awards show, aiming for a high-wattage, global-scale ‘mix of the Academy Awards and the Met Ball.’

The British Fashion Council revamped its annual awards show, aiming for a high-wattage, global-scale ‘mix of the Academy Awards and the Met Ball.’

LONDON, United Kingdom — “Did I just get transported to Rio?” quipped a guest walking up the red-carpeted stairs of London’s Royal Albert Hall on Monday evening. The near-freezing temperatures would suggest otherwise, but the entrance to the venue — lit up with design studio Fredrikson Stallard’s “Prologue” installation, a giant, glittering disc covered in 8,000 Swarovski crystals — did cast a warm glow.

It was all in the name of the Fashion Awards, the British Fashion Council’s revamped annual awards ceremony which, in partnership with lead sponsor Swarovski, it set out to turn into a global event relevant not only to those who work in the fashion industry, but the end consumers who ultimately fuel it.

“My whole life is in this room,” said Ralph Lauren, who was presented with an Outstanding Achievement award by David Beckham. Lauren’s family was in tow, as was his professional network: Bruce Weber, Anna Wintour and dozens of other bold-faced industry names from the US and elsewhere in the world.

Consider the seating arrangements at one table alone: Models Jourdan Dunn and and Joan Smalls flanked Jaden Smith, who was, with his absent sister Willow, awarded with New Fashion Icon award. Just a few seats over was Edward Enninful, who was sitting with Kate Moss, Amber Valletta, Lady Gaga, designer Brandon Maxwell and Baja East’s Scott Studenberg and John Targon.

“There was always a danger that people would be a little bit protectionist,” said Caroline Rush, chief executive of the British Fashion Council (BFC). “It does seem reflective of the time we’re in, and demonstrates that there is a lot of respect, collaboration and partnership in the industry.”

The night's special honorees, including Lauren, reflected the BFC’s desire to bring a global mix to the event, which attracted roughly 4,000 guests. Weber won the Isabella Blow Award for Fashion Creator, while Italian Vogue editor-in-chief Franca Sozzani was recognised with the Swarovski Award for Positive Change.

One of the widespread criticisms of fashion awards shows is that the nominees are too obvious, the spectrum of winners too narrow and repetitive, year after year. The same is often said of film, television and music awards, although the stakes are different. For fashion, targeting a global set of nominees is sure to help.

While the list of winners and honorees was impressive, the event’s production and scale was equally ambitious and the pressure was certainly on — not only for those up for awards, but for the British Fashion Council and its benefactors.

After all, the organisation had promised something grand when it announced its intentions for the revamped Fashion Awards earlier this year. "We aspire to create an event that is like a mix of the Academy Awards and the Met Ball, on a global scale," Dame Natalie Massenet, chairman of the BFC, told BoF in April 2016. “It’s going to be the most sweeping, beautiful, magical, sparkly, twinkly, elegant red carpet you’ve ever seen.”

Along with the move to Royal Albert Hall, the BFC continued on with its a short-form video partnership with E! Entertainment, which has distributed content — from red-carpet arrivals to mini designer profiles — in the US and Europe since last year.

What’s more, 1,000 tickets — or about a quarter of the seats in the house — were made available to the public for purchase from £48 to £70, with roughly 300 tickets offered to university students at no charge. The event also aims to raise £10 million in the next 10 years for the BFC Education Foundation.

Looking for some added entertainment factor, the BFC called upon British comedian Jack Whitehall — a name virtually unknown outside of the UK, it must be noted — to play host and brought in plenty of celebrity presenters, from Lady Gaga, who wore the wares of the aforementioned Maxwell, who is also her stylist, to a Gucci-clad Jared Leto, who presented an award to his friend Alessandro Michele.

Gigi Hadid, whose magnetic energy pulled the crowd in just a little closer as she accepted her award, declared her undying love to the industry that has so embraced her over the past year. “I know that I'm in the generation of social media... you guys are the ones that I'm here for,” she said. “You guys know who I am. Thank you for inspiring me.”

If it sounds like a production on the scale of a major Hollywood event, that was the idea — an idea that took quite a bit of investment to bring to life.

“I think people underestimate how much we’re actually supporting financially, but also in services,” said Nadja Swarovski, executive board member of Swarovski. “From my budget, it’s substantial, and I made that decision to give that amount because we value that association."

While Swarovski declined to comment on the exact figure, the company did say that in the last 10 years it has participated in over 150 designer collaborations, supporting over 100 designers globally. It contributes financially to multiple awards, events and initiatives, from the Fashion Awards and the CFDA Awards to the Andam Prize and the Canadian Arts & Fashion Awards.

In general, sponsorships of awards ceremonies at this level can start in the upper six figures and reach into the lower seven figures. Backing global-scale events like this, especially as the red carpet has become part of the fabric of popular culture, can help to amplify a sponsor in a way that a traditional advertisement never could.

So did the revamped Fashion Awards hit the mark?

While many of the right elements were in place, the Royal Albert Hall’s majestic stature — it fits more than 5,000 people — made for an energy that, at times, felt too diffuse. Perhaps it was the number of awards, or the lack of musical acts, but sometimes the proceedings lacked momentum.

The red carpet may indeed have rivaled any Hollywood event in terms of polish, but those cherished "water-cooler" moments — an inspiring comment from a winner, an unexpected move by a presenter, a knockout musical performance  — never happened. Royal Albert Hall might be London’s ultimate venue for a rock concert. Weber, who gave one of the more resonant speeches of the evening, even fashioned his words after “I’m on Fire,” a song by Bruce Springsteen, whom he saw perform right there years earlier.

Like the CFDA, which has toyed with livestreaming its annual awards show but has yet to commit, the BFC chose not to air the Fashion Awards in its entirety. Perhaps that’s a good thing, for now while they work on the programming. It's hard to imagine watching the event from afar and staying tuned without some more entertainment value.

To be sure, many in the audience were impressed with this first go-around. “I’m very proud that London has come from being the underdog it was,” remarked British journalist Sarah Mower. But while the magnificent entrance, expertly curated attendees and overall ambitions felt sparkling new and exciting, the traditional formatting was a bit staid.

Hadid, in her speech, emphasised how much she valued fashion's embrace, but if the BFC wants Hadid’s generation to tune into its awards show, it will need to think more deeply about what her millions of followers are interested in seeing. 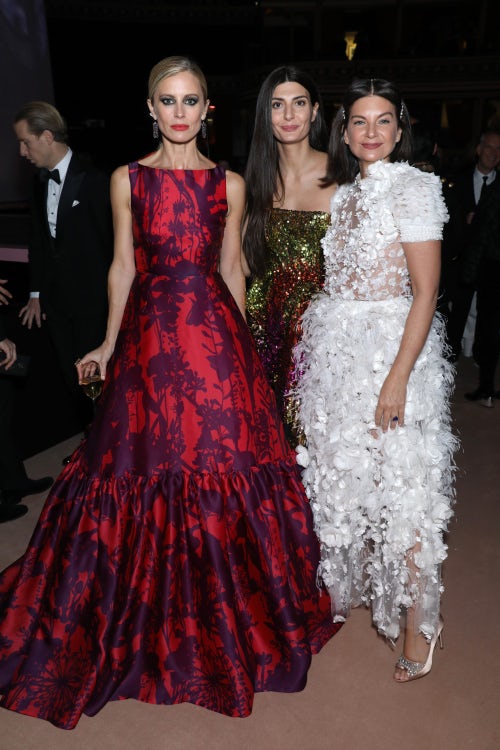 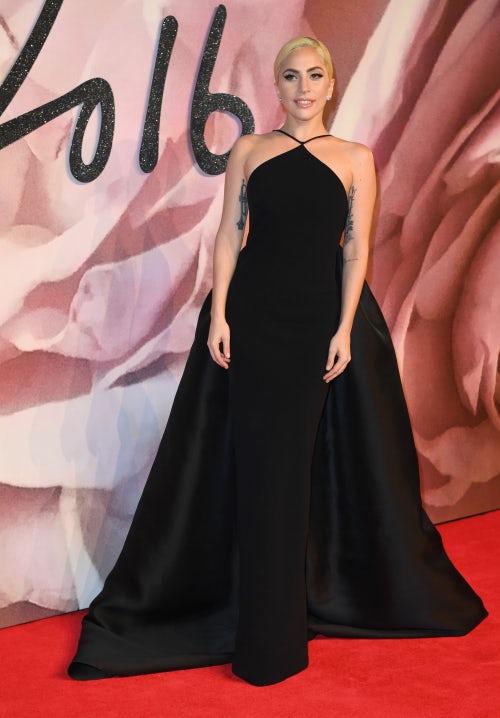 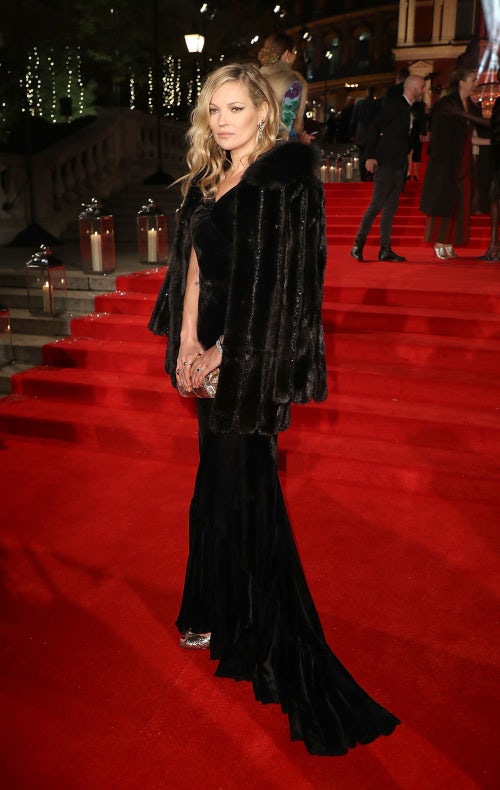 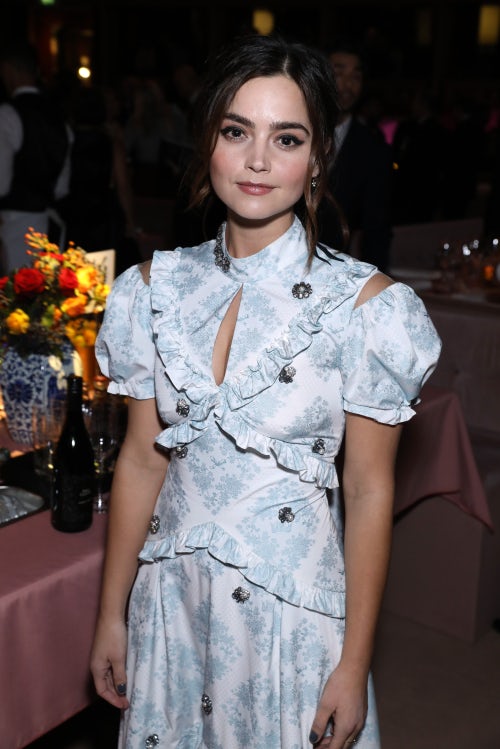 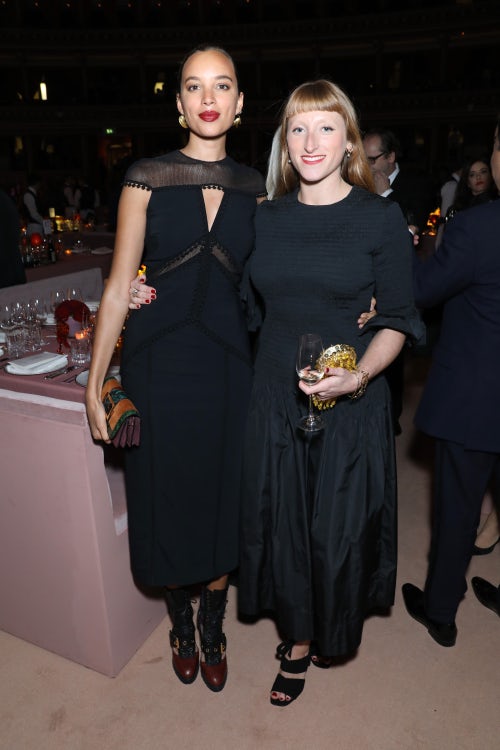