The Future of Graduate Fashion Week

Graduate Fashion Week already connects thousands of students with industry recruiters, but is only just beginning to recognise its digital and global potential.

The Future of Graduate Fashion Week

Graduate Fashion Week already connects thousands of students with industry recruiters, but is only just beginning to recognise its digital and global potential.

LONDON, United Kingdom — Over the last four days, 1,500 graduate collections have been presented at Graduate Fashion Week in London. Bringing together 68 fashion schools from across the globe, the annual event is essentially an unusually exuberant recruitment fair. The venue, a multi-level warehouse space, has been transformed by graduate collections, filling every inch of three showrooms. Graduates stand eagerly by their portfolios, patiently hoping to catch the eye of industry insiders, press and the general public as they wind their way through the spaces.

Founded in 1991, from the outset, Graduate Fashion Week’s (GFW) goal has been clear: “We got all the students from various universities around the UK, we got potential employers that came from Europe and America,” recalls founder Jeff Banks. “They sat in shows and identified students that they thought had potential and were worthwhile employing. It was quite simplistic in its approach.”

As the original and largest event of its kind, the charity is now the global fashion industry’s leading employment platform for students, connecting thousands of international fashion graduates with potential employers. “Whether it’s getting tips on your CV or portfolio, advice from industry is certainly available,” says Polly Thomas, a womenswear graduate from Edinburgh College of Art, who sees GFW as a once in a lifetime chance to forge connections. 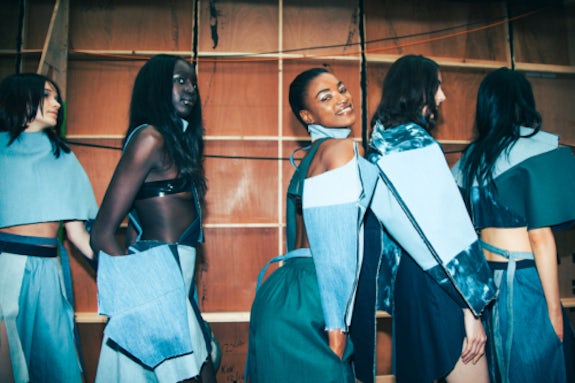 The event has expanded rapidly in the last five years, with a diverse group of schools including Bunka Fashion Graduate University in Japan, Melbourne’s RMIT and New York’s Pratt Institute now included in GFW’s International Catwalk Competition (ICC). “It started with literally four schools, and this year we have 32.” says Adrien Yakimov Roberts, GFW international trustee and curator of the ICC.

The charity’s ability to source and nurture talent with real potential is best attested by influence of its alumni. To date, the charity has helped launch the careers of Burberry’s Christopher Bailey, who won the first Graduate Fashion Award in 1991, Stella McCartney, and Stuart Vevers of Coach, who was offered a position at Calvin Klein off the back of his graduate collection.

“When I took over six years ago, we focused a lot on educating the educators,” says Martyn Roberts, managing director of GFW. “While they were excellent academics, some lacked understanding on how to create those communication lines and discuss their best graduates with employers in the most effective ways.”

By linking industry leaders with universities at an earlier stage, GFW enables employers to shape fashion students according to their needs, says Roberts. “We have brands that are interested in looking at students’ portfolios much earlier on, to understand what they’re doing.” he says. “That way they’re able to see the talent first and give advice to help people develop.”

In more recent years the focus has shifted to attracting prospective employers, “The more industry we get coming along, the more opportunities there are,” says Roberts. “The biggest challenge is getting people through the door. Once people understand what they’re seeing, then they’re excited and they come back and do more,” he continues. “ASOS had a small amount of activity at last year’s event,” he says. "But off the back of that, they suddenly realised how much talent is here and they created two new awards for design and communication graduates.” ASOS join Calvin Klein and Inditex in a growing list of companies that don’t just support from afar, but are actively participating and recruiting at the event.

However, despite its success, GFW has its work cut out to keep pace with the number of graduates entering the job market. “There is so much competition for jobs in the fashion industry,” says Mal Burkinshaw, program director at Edinburgh College of Art. “Sadly courses are pushed to recruit excessively high numbers of students without considering the bigger picture — the [limitations of the] career market.”

Digitising portfolios is an avenue that GFW is yet to explore, but could be key to solving geographical barriers between graduates and potential employment. Dean Sidaway, assistant professor at Pratt Institute suggests a tightly curated approach: “No one wants to sit through hundreds of pages of work,” he says. “But an edited, focused portfolio and visual story would allow a really interactive experience for the industry.”

The format is already being used by a handful of schools, including Bunka Fashion Graduate University. “We provide a digital magazine that showcases and supports our students’ work, and allows them to have presence on a digital scale,” says assistant professor Kyoko Kubodera. “We can then showcase to a wider audience that isn't limited to just the show, providing a much broader online platform.” 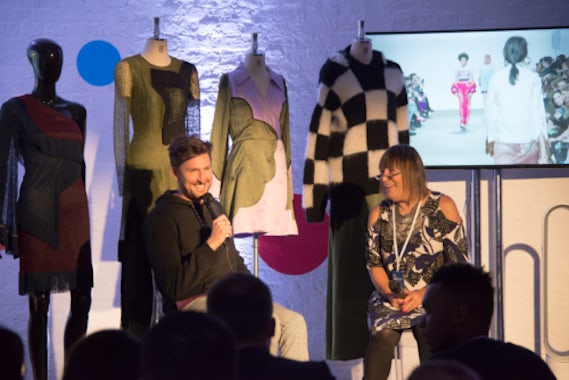 Current funding limitations prevent GFW from fully integrating and archiving portfolios, admits Roberts. “It would be a large development and would require quite a lot of investment,” he says. “But it is something we’re interested in, particularly with the right partner.”

Certainly, enhancing and promoting digital platforms that further connect graduates with the industry is vital. Elinor Renfrew, head of fashion at Kingston University, says that a strong personal brand and social media presence is crucial to employment. “It might not be the ones who are the most talented,” she says. “But it’s the ones who are the most social media and digitally savvy who are going to get jobs, because they’re out there.” Enabling students to upload images of their work to an accessible, curated and trusted database could create a far more globalised graduate recruitment environment.

But despite the strong presence of commercial brands like Inditex, ASOS, Boohoo and M&S, the event struggles to attract luxury recruiters in the same way that Central St Martins and Royal College of Art graduate shows can. “It’s hard if you’re trying to reach that higher level,” says Thomas. “If top designers are here, I don’t know how much they’re actually recruiting. If it is happening, it’s very quiet.”

This is slowly changing, thanks to the attendance of brands like Ralph Lauren and Calvin Klein. Astutely, GFW is working to make itself more attractive to brands by catering to new talent needs that remain under-served. “We’re currently communicating courses in digital marketing, photography and media communication. Graduate Fashion Week is migrating into lots of other channels,” says Banks.

Evolving GFW into a forum to not only recruit design, but also digital, marketing and communication talent in one location, widens its appeal to a greater proportion of the industry. Though Alison Welsh, head of department at the Manchester Fashion Institute, who also sits on GFW’s executive committee, believes more must be done. “There needs to be a greater emphasis on technology and production — the industry side of things… We need to ensure that these students also have a platform,” she says.

“It comes down to money, obviously,” she adds. “If we had the money, we could begin to look at the whole other side of the industry — technology, production, communications — to have more of a presence at the event.”

A Global Centre of Excellence

Welsh agrees. “The more international we are, the more outward facing we are. That expansion is win-win for students and the industry,” she says.

Positioning London as a centre of excellence in the graduate market has been the remit of the organisation since its inception, to enable “the student population around the world to have a focal point and benchmark,” explains Banks. “We are creating the one event that will attract international employers and international recruiters to the graduates.” 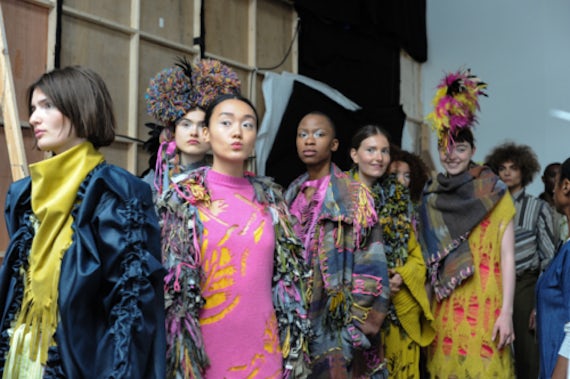 With 10 new international schools this year, GFW is taking strides to involve both young and established organisations. “Getting the bigger names involved, schools like FIT in New York, means that other schools aren’t going to say no,” believes Yakimov Roberts.

There is still room for expansion in markets like the US and China. Both host nascent graduate showcases, but lack the scale and reputation of GFW. However, to make the event truly international would take an overhaul of the current format, as more schools would require more space and exposure than is currently available.

Currently, the International Catwalk Competition is the one brief opportunity for students to impress the industry. “I would love there to be an international stand (in the exhibition space) that supports those graduates, where they can show their portfolios,” says Sidaway.

“Portfolios are what get students the jobs, so they want to show them off and show the methodology of working.” agrees Yakimov Roberts.

GFW must look to sponsorship and partnerships to expand the event format, and drive an international marketing campaign to attract new universities. Commendably, despite these funding limitations, GFW continues to be bold in its thinking in adopting a more global mindset.

“We wish we could help every single student, but we’re a charity and we only have a certain amount of resources available,” says Roberts. “But that doesn’t stop us helping as many as we can.”

Why You Shouldn’t Launch a Label Straight Out of School