NEW YORK, United States – Barri Kandel, 19, buys practically everything online. In the last week alone, she purchased two colourful tops from Revolve and a denim jacket from Urban Outfitters’ website. But when it comes time to replenish her supply of foundation, only a trip to Sephora will do.

Kandel said her skin tone changes with the seasons, so she has to test new makeup on her face before committing to a purchase. Online shade-matching technology or augmented reality try-on tools can’t detect infinitesimal differences between shades as well as a live in-store demonstration, she says.

“It gets tanner and sometimes it fades,” Kandel said of her skin while perusing a display of cruelty-free Tarte cosmetics at a Sephora in Manhattan. “It’s really hard.”

E-commerce is swallowing up an ever-greater share of sales of consumer goods, ranging from clothing and sneakers to televisions and toilet paper. Among Generation Z, whose oldest members were born in 1995 at the dawn of the online era, online shopping is already the norm in practically every category - except beauty. About 90 percent of American teenagers still prefer to buy cosmetics in stores, according to Piper Jaffray, which conducts a twice-annual survey. Beauty is the only category where brick-and-mortar’s share hasn’t fallen, said Erinn Murphy, a senior research analyst at the bank.

There is a neo-traditionalist streak in Gen Z, they’re more likely to see shopping as a social experience

Why is beauty the last holdout? For many consumers, the desire to touch, feel and shade match in person trumps the convenience of e-commerce. So while a teen might replenish their acne treatment on Amazon, they’ll head to the store before buying new lipstick, eyeshadow or foundation. Beauty is also tailor-made for the social aspects of shopping - trying on products and getting feedback from friends - which studies have shown hold increased appeal with Gen Z.

“There is a neo-traditionalist streak in Gen Z, they’re more likely to see shopping as a social experience,” said Jack MacKinnon, a senior principal analyst who covers Gen Z and multicultural consumers at Gartner. “That might come from this generation being on screens so much that the added benefit of actually being together in real life is even more special. Beauty strikes me as a specific category of products that would feel that way even more.” 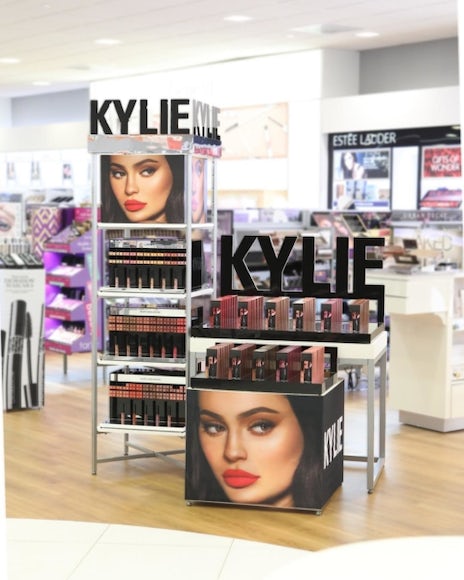 There are signs e-commerce is starting to make inroads even here, however. In Piper Jaffray’s latest survey, 4 percent of female teens said Amazon was their favourite beauty retailer, indicating the retailer’s recent expansion of its beauty offerings is paying off. The online marketplace launched two private label beauty brands earlier this year.

Though still a sliver of the market, brick-and-mortar retailers need to be on alert to new online competition. That means understanding what about the in-store shopping experience still attracts legions of mobile-addicted teens.

The key to remaining Amazon-proof is to offer a selection of products that can’t be found anywhere else. Sephora and Ulta require many of the brands they carry to sign exclusive deals that explicitly bar them from listing products on the e-commerce giant.

Ulta has found success by serving as the only physical home for digital-native brands, including Colourpop, Limecrime and Kylie Cosmetics. Customers who want to try before they buy have to visit one of the chain’s 1,174 locations.

Even brands that are more widely available can partner with individual retailers on exclusive products or collections. Tarte’s more playful Sugar Rush range is only sold at Ulta, for example. The biggest retailers can use their size to draw the buzziest brands – two years ago, Morphe didn’t rank in Piper Jaffray’s survey of teens’ favourite makeup brands, but rocketed into the top five after entering Ulta. Amazon has yet to produce a similar success story.

In survey after survey, young consumers say they care more about the values of retailers and brands. Many will spend more for a product they view as ethical.

In beauty, brands labelled vegan or cruelty-free are proving popular. It’s not enough to offer a single line of products that meet these standards – Gen Z customers who care deeply about animal welfare might turn on a brand where only part of the assortment is cruelty-free.

Young shoppers are far less likely to seek help from a salesperson than their parents. Retailers need to keep this in mind when they design their beauty floors. 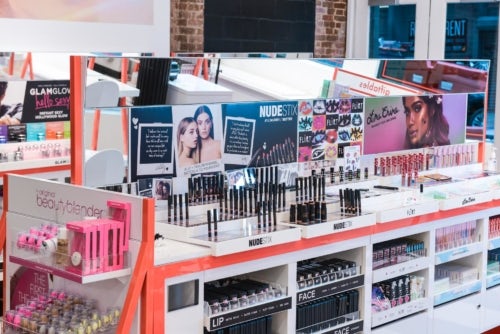 Bloomingdale’s eschewed the traditional department store beauty counter at its Manhattan flagship, instead creating a space where consumers can more easily explore the assortment on their own and play with the products, said Stacie Borteck, the chain’s vice president and divisional merchandise manager of cosmetics.

Sephora and Ulta have built their entire retail networks on this mode of selling, which allows for self-discovery and sales associate assisted shopping.

GET MORE INTO HAIR

Barry Beck, co-founder and chief operating officer of Bluemercury, says “haircare is the new skincare” for Gen Z’s. Young customers of the Macy’s-owned chain are driving sales of Oribe pre-shampoo treatments, as well as Bumble&Bumble and R+Co. He believes the selfie generation prioritises hair styling because of the volume of pictures and video they’re uploading to social media on a daily basis.

Also, Gen Z are not yet afflicted with the skincare concerns of millennials, some of which are well into their 30s.

“The Gen Z client is caring for their hair in a way that the millennials are starting to really understand their skin,” said Beck. Momentum in the category started in 2017 and it’s “exploding” this year because of skincare-type innovations including Christophe Robin’s scalp treatment.

PRESTIGE AND MASS ARE ONE AND THE SAME

Jackson Weaver, 21, embodies this trend. The Tulsa, Okla. native’s last two purchases from Ulta were a cheek palette from Nars and an Elf Cosmetics concealer, retailing for $59 and $5, respectively.

“I don’t care whether a brand is prestige or drugstore,” Weaver said. “I am willing to pay money for a product if it performs well. I don’t like when brands charge money for nice packaging but the product inside is mediocre.”

Ulta has long sold mass and prestige brands alongside one another, which has helped catapult the retailer into a one-stop shop for many Gen Z consumers.

“Showrooming,” where customers try a product in a store but buy it online, has plagued brick-and-mortar retailers since the early days of e-commerce. But beauty stores can hook consumers by offering a discount code or other incentive along with makeup samples. That way if the customer ultimately decides to order an item online, they’ll be more likely to do it through the retailer’s own website.

Erica Sweeney, 22, from New Milford, Conn., said she’ll “begrudgingly give up shopping from the comfort of my own home” to sample pricier products at Sephora. But even then, she often ends up finding a better deal online. She said a discount code or promise of another free sample can sway her decision about which site to order from.

THE MORE INFORMATION THE BETTER

Gen Z may shop for beauty products in stores, but they’re doing their research online first.

Sweeney takes her e-commerce purchases “very seriously” and does “painstaking research” before buying anything. She scours the internet “high and low” for reviews on Sephora, Youtube and Reddit and sometimes even discovers “obscure blog posts” while searching for swatches of a particular item on Google. Sweeney tries to find reviewers with a similar skin tone and type.

“This ‘research process’ can take me days, which, thankfully, has curbed my tendency to impulse buy. It also gives me the time to stew and really ask myself whether I need it or not,” said Sweeney.

Retailers can cater to consumers like Sweeney by putting detailed information on product pages, including FAQs about active and leading ingredients. They can also encourage customers to leave reviews on their own sites.

Retailers need to police user reviews, however. Fake reviews can anger customers who feel misled for buying something based on a bogus claim. Monitoring every single review is difficult, but retailers can minimize fakes, for instance by requiring signing in or proof of purchase before commenting.

“One of the core aspects of being video first is that it eliminates a lot of people creating fake content and being disingenuine...people are reacting to you as a person and the emotion behind the product you’re speaking about,” said Daniel Blackman, co-founder of Supergreat, a peer-to-peer video platform where users can review beauty products. “A fake review is going to be very apparent very quickly.”