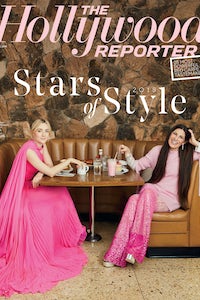 LOS ANGELES, United States — Since its inception in 2011, the thinking behind The Hollywood Reporter’s annual ranking of the industry’s most powerful celebrity stylists has changed very little. Each year, the goal is to spotlight working stylists whose clients have earned notable accolades for their red carpet fashion during the most recent awards season. (Off-duty fashion may be increasingly important to an actor’s image, but that’s not what THR is focusing on here.) In this cutthroat, competitive world, where stylists vie for coveted runway looks as intensely as their clients vie for coveted advertising contracts, your ranking on the list matters.

And yet, even without a shift in methodology, 2018's proceedings have taken on a different tone, due in no small part to the Time's Up movement, which has not only changed the way actors and stylists approach red carpet dressing — consider the scramble to get dozens of black gowns made in time for the Golden Globes — but also the way in which they work collectively. “[Stylist] Micaela Erlanger said that this entire red carpet season felt like a movement,” THR fashion and beauty director Carol McColgin told BoF. “The stylists are really competitive, but I do think that, unlike any other year, everybody came together to make it an impactful, powerful statement.”

“When the all-black wardrobe thing happened, [stylists] were calling each other and saying, ‘Hey, are you done with that? Can I look at the stock that you have?’” noted THR style and fashion news director Booth Moore. “They told me that they felt this was the first season that they were really communicating.”

The list features several seasoned players, including the top-ranked Kate Young, whose clients have a knack for scoring deals with major fashion brands. (Most recently, Margot Robbie was named a Chanel ambassador two days after she wore one of Karl Lagerfeld's creations to the Academy Awards.) However, McColgin says this year's ranking is also reflective of the push within the industry to be more inclusive, not only when it comes to race and gender, but age as well. New entrants include Wayman Bannerman and Micah McDonald (who style Tessa Thompson) as well as Thomas Carter Phillips (Millie Bobby Brown, Danai Gurira) and Annabelle Harron (Oprah Winfrey, Salma Hayek). In addition to the top 25 list, THR spotlighted stylists who specalise in men’s and music — including Ashley Weston, who styles Black Panther star Chadwick Boseman — as well as up-and-comers.

This year also marks the first stylists' installment of THR’s well-known “Roundtables" series, led by Moore and featuring Jason Bolden — who styles Yara Shahidi, Ava DuVernay and Taraji P. Henson — Ilaria Urbinati (Armie Hammer), Law Roach (Zendaya), Tara Swennen (Allison Janney) and Jeanne Yang (Alexander Skarsgård). The video and accompanying transcript is set to go live on Thr.com later this week. “This awards season tested the mettle of stylists,” Moore said. “It’s a good time to give them a forum to talk about their work, how Time’s Up has impacted it, but also how the red carpet has become a platform for diversity.”

As to whether this new sense of community is going to stick? Some believe it may signal an opportunity for stylists to better represent their best interests — both financial and human — as a collective. (Unlike costume designers, writers, actors and directors, celebrity stylists are not represented by a guild.) “It’ll be interesting to see whether or not it ends up becoming something more formal for them,” Moore said. “I don’t know if it would be a union or some sort of other organisation, but that’s definitely in the wind as well.”

The Most Powerful Stylists in Hollywood, as ranked by The Hollywood Reporter: