NEW YORK, United States — In her final letter for Elle magazine after 17 years as its editor-in-chief, Robbie Myers wrote about a formative moment early in her career. During a one-year stint as the editor of a magazine called Tell in the 1990s, she secured then sitcom star and musician Will Smith for her first cover, only to be told by management that “black people don’t sell magazines.” Myers went with Smith anyway and in the end, the issue “sold well, especially for a start-up.” Myers signed off her career at Elle by featuring eight different women on the cover, including the 93-year-old African American actress Cicely Tyson.

The challenges eroding the print media business today run deeper than the diversity of its cover stars. But one by-product of the disruption is that the traditional notions of who does or doesn’t sell on newsstands are less powerful. These formulas and assumptions were honed over years of audience-testing and resulted in largely homogenous imagery: picture a sequin evening gown, a sharp suit, a hand on a hip, eye contact, bold jewellery, complimentary colours as well as names and faces everyone knew and recognised, timed perfectly with a new album, film or television series and an exclusive pulled quote.

No one is a guaranteed best-seller anymore. But for fashion magazines in particular, the cover image can have an outsized reach on social media and remains the most public billboard for a media brand’s identity and point of view — and a significant pop culture milestone for any public person. And in today’s polarised and crowded media landscape, publishers are feeling the pressure to think differently and push through the noise.

The result is that the types of faces and names covering our remaining newsstand publications are starting to change, not only in terms of racial diversity, but age and size, too. It also helps that our society is more eager to address lack of representation than ever before. There are still blind spots, however. Marvel’s latest superhero star, Chadwick Boseman of "The Black Panther," is conspicuously absent from the newsstand and men’s magazines in 2018. His counterparts Chris Pratt and Chris Evans were everywhere ahead of their first Marvel premieres, before they became household names. (The March issues are still rolling out, so this may change.)

Nonetheless, a change is visible on the newsstand. “If you’re not betting your whole farm on newsstand then you can play around a little bit,” says InStyle editor-in-chief Laura Brown, who remembers how she used to “spend my life chasing poor Jennifer Aniston around.”

“You were on pins and needles waiting for those first numbers to come through — it really determined everything,” says Nicole Vecchiarelli, a former editor at InStyle and Teen Vogue and the founding editor-in-chief of DuJour Media. Two years ago, she and Andrea Oliveri founded a celebrity booking and content agency Special Projects, which counts WSJ. Magazine, Town & Country and Architectural Digest as clients. 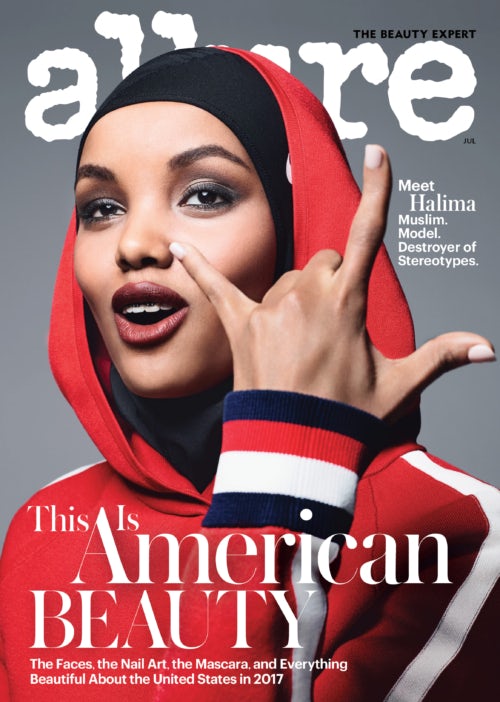 “The newsstand is broken; it’s not going to get un-broke anytime soon,” says GQ’s editor-in-chief Jim Nelson. “People still see [covers] as the portals to your brand... In a time when there is so much product and so little of it really resonates with people, it’s more important than ever to put out covers that you believe in and make a statement.” Plus, in today’s fragmented media world, breakout stars everyone recognises are fewer and further in between.

Consider just a few of the cover faces from 2017: Adwoa Aboah on British Vogue, Candice Huffine and Cicely Tyson on Elle, Mahershala Ali and Chance the Rapper (a rare rapper to get the men’s magazine cover treatment) on GQ, Gina Rodriguez on Marie Claire, Amandla Stenberg on Teen Vogue, Ruth Negga on Vogue, Halima Aden and Helen Mirren on Allure. Even Meryl Streep, who is a household name, marked a departure of sorts for Vogue when she covered the magazine in December at age 68. In January, Laverne Cox became the first transgender woman to land a Cosmopolitan magazine cover for the South African edition.

“It’s not an afterthought in any way that we need to include more diversity,” says Special Projects co-founder Andrea Oliveri, formerly bookings and entertainment director at W and Details. “And not to be cynical, being inclusive and being diverse is actually in fashion right now… [Magazines] feel like they are being exactly what they supposed to be, which is thought leaders to their community of people,” adds Vecchiarelli. (The way these covers get booked has changed too: both Hearst and Condé Nast have centralised talent groups, led at the former by Holly Whidden and the latter by Vogue’s Jill Demling and Helena Suric.)

“In this post-newsstand era, how you measure the success of a cover is subjective in some ways,” says Vecchiarelli. A cover that dominates social media feeds for days can keep a magazine top of mind for readers and set an important tone for the coverage, even if it doesn’t sell. “You have to decide how you want to use this tool as an editor and as a publisher to further your brand, now that you don’t have the same metrics for ROI that you used to,” she says.

GQ made perhaps its boldest statement yet in 2017 with one of its December’s Man of the Year covers, starring Colin Kaepernick, the professional football player who has protested racial inequality by kneeling during the national anthem at the NFL games. GQ styled the athlete in a way that recalled the uniform of the Black Panthers. “It was about equality before the law and racial justice and as long as we keep the message clear in book it would be something that would have impact,” says Nelson. “But I also know that that image itself was powerful, and that some people would react to it in all matters of ways.”

While some readers cancelled subscriptions, the issue “was our biggest seller in years,” up 56 by percent year-over-year. Kaepernick's cover is GQ’s most liked photo ever on Instagram, viewed by over 2.5 million people in the first 8 hours, eventually reaching 4 times more viewers and garnering 6 times more likes than the average GQ post. On Facebook, the cover had 30 times more reach than GQ’s typical post.

You have to decide how you want to use this tool as an editor and as a publisher to further your brand.

At InStyle, Brown ensures each issue gets more social media buzz through subscriber-only covers, often featuring additional stars that the audience may not expect or recognise. Examples include actresses Laura Harrier in March 2018 (Oprah Winfrey is the newsstand) and Millie Bobbie Brown in November 2017 (Chrissy Teigen was on the newsstand). “Julia Roberts, of course, said yes to giving Joe Biden a cover [for December],” says Brown, adding that stars with millions of followers online “are not living and dying [for the coverage],” and are more willing than before to agree to share the month with another face.

While Nina Garcia has only held the top job at American Elle for less than six months, she used one of the first cover shoots under her purview, Zoe Kravitz, to visually set a new tone: the actress is photographed against a bright blue background. Garcia says she is also less interested in featuring someone with a clear peg. “I don’t care that she doesn’t have a movie, but I do care that her voice is heard,” she says.

For Allure’s editor-in-chief Michelle Lee at Condé Nast, covers have been a point of focus over the last year, during which she featured Alicia Keys without makeup — an unusual choice for a beauty magazine— as well as the hijab-wearing model Halima Aden and a close-up of Kim Kardashian’s face as covers. “Because we are thinking more concept first, it has opened us up to a whole other pool of people beyond Hollywood celebrities.”

Cover testing has become less common for today’s publishers and their shrinking budgets, especially for fashion titles; instead, editors will look at how a certain star performed for a different magazine. When Lee decided to put Helen Mirren on Allure’s anti-aging cover in 2017, however, “there was no blueprint for that,” she says. Mirren had not appeared on a comparable cover in five years. (She shared an Elle cover with seven other women in 2016.)

“Sometimes readers don’t know what they want until you actually give it to them,” says Lee. The press and social media positive response to Mirren’s anti anti-aging issue confirmed it was the right decision. Lee says advertisers have noticed the changes, too. “They appreciate it and they do see that we’ve been super early adopters.”