ARLES, France — Last week, the Provençal town of Arles — made famous by Vincent van Gogh and recently recast by Maja Hoffmann, the Swiss pharmaceutical heir, art patron and force behind a $175 million local arts complex, featuring a Frank Gehry-designed, aluminium-clad tower — was flooded with brand activations by luxury houses and their corporate owners.

There was an awards ceremony for Dior’s Photography Prize for Young Talents hosted by Hoffmann’s Luma Foundation; Gucci and Saint Laurent owner Kering’s “Women in Motion” award ceremony and talk at the town’s Roman Theatre; and a Louis Vuitton cocktail party hosted in a pop-up bookshop housed in a natural wine bar.

The events coincided with the opening week of Les Rencontre d’Arles, the influential photography show, now in its 50th edition and dubbed “the Cannes festival of photography,” which provided a suitable stage for luxury houses to burnish the cultural value of their brands and woo clients. 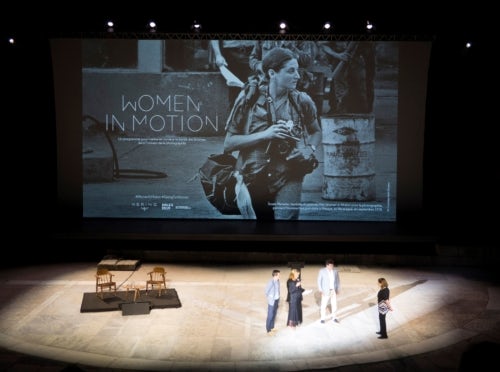 Arles’ photography festival, which runs through until September 22 and this year comprises nearly 40 exhibitions held across 20 sites, has long been known for its artistic vibe and sophisticated audience of photographers, publishers and photography lovers from around the world. But new arrivals have made the event more attractive for luxury brands.

“Fifteen or twenty years ago, it was a community of regulars; of photographers and intellectuals. Arles suddenly sees itself pre-empted by the cultural jet set,” said Benjamin Simmenauer, professor at Institut Français de la Mode (IFM).

“It is the Cannes Film Festival of photography, but on a simpler, more rustic scale, which has to fight to stay that way,” said photographer Sonia Sieff. “Arles is charming and the luxury houses, by setting foot here, must preserve the delicacy of this miniature world, while contributing to this development.”

“Arles has been the place to look both backwards at our past and towards the future,” said Simon Baker, director of Maison Européenne de la Photographie. “The new Luma Foundation has contributed a new sense of permanence to the energy of the festival. But perhaps what is most powerful in Arles is everything that happens around the official programme. The night life, music and energy that the photography and art worlds bring to the town.”

Luxury houses have long targeted the art circuit — travelled by many top fashion clients — for brand activations, integrating with the likes of Art Basel and Salone del Mobile. “Now when we organise a dinner in Paris for a fashion brand, we have to check the art calendar first,” he added. “Sometimes to integrate, sometimes to avoid overlap,” said Paris-based PR guru Lucien Pagès.

But the biggest of these events are becoming saturated with competitors. “Salone del Mobile has become, this year in particular, so crowded on the fashion front, it’s another fashion week. Brace for four dinners per night!” added Pagès.

“Any event can be leveraged if it’s creative. Obviously, the goal is to tick all the audiences whether it is media, influencers or the end consumer. The general observation is that everyone is constantly bombarded with images and things happening all over the world. To stand out as a brand, you must offer something unique that defines you,” said Guillaume Delacroix, founder of DLX, a communications agency with offices in Paris and New York.

So, where should brands look to make a mark? 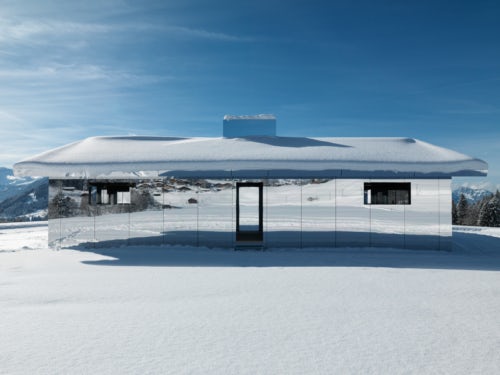 In February, Frieze Los Angeles launched on the famed backlot of Paramount Pictures Studios in Hollywood and spilled across the sprawling City of Angels with panel discussions, musical performances and private dinners. The inaugural fair attracted about 30,000 visitors, including gallerists, collectors and the likes of Brad Pitt, Annie Leibovitz and Raf Simons. Gucci, Rimowa, Dover Street Market and MatchesFashion were among the fashion brands and retailers betting that the “Frieze Effect” — which drives up sales of luxury goods during the fair’s London and New York fairs — would translate in LA.

In April, there’s Berlin Gallery Weekend, an annual event established in 2004, which remains small and relatively under the radar for fashion brands and yet attracts a growing number of international collectors. They come for the performances and exhibitions displayed in situ at the galleries while moving through Berlins different neigborhoods, as well as the multitude of opening dinners. Highlights this year included an exhibition of French artist Bernar Venet at Blain|Southern Berlin gallery, the airing of Camille Henrot's film exploring themes of oppression in the former chapel of König Galerie’s main gallery space in Kreuzberg, as well as the The Black Image Corporation showcase at Gropius Bau.

At the end of May, contemporary art and design fair Jingart Beijing, launched in 2018 by Shanghai’s Art021, provides a lesser-known platform to both Shanghai Art Week and Art Basel Hong Kong, the latter of which has become saturated with activations by the likes of Prada, Louis Vuitton, Dior and Fendi. This year, Rimowa staged an installation at Jingart by Spanish artist Guillermo Santoma (the work had previously been displayed at Salone del Mobile). Net-a-Porter also curated an exhibition, and Hublot mounted a “Hublot Loves Art” activation. 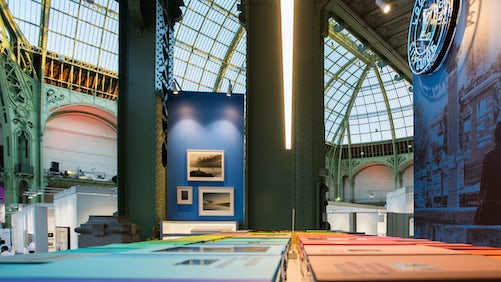 Beyond the Venice Biennale and Venice Film Festival, the Italian city of love also hosts Homo Faber: Crafting a More Human Future, an event created in 2018 by the Michelangelo Foundation for Creativity and Craftsmanship, a private non-profit founded by Johann Rupert, chairman of the Swiss luxury group Richemont, to celebrate European craftsmanship. Held every two years in the Fondazione Giorgio Cini, housed in a 16th-century San Giorgio monastery on the Venetian island of San Giorgio Maggiore. The first edition of the two-week event attracted 62,5000 visitors as well as workshop-style activations from Chanel-owned embroiderer Lesage and demonstrations by an Hermès master saddler and by Cartier gem engraving artisans. The next edition is slated for September 11th to October 11th, 2020, coinciding with the Venice Biennale of architecture.

Then, there’s Paris Photo, which takes place in early November in the city’s Grand Palais and currently attracts about 68,000 visitors per year, as well as sponsors like BMW, J.P. Morgan, Louis Vuitton and Parisian luxury fragrance-maker Diptyque. Among the 180 galleries exhibiting are big names including Gagosian, Hauser & Wirth and Goodman. David Lynch and Karl Lagerfeld were among guests of honours at the fair, in 2012 and 2017 respectively.