LOS ANGELES, United States — “Where’s that sweater you used to make in 2014?” Stephanie Danan, co-founder of fashion label Co, gets asked some version of this question on a regular basis, often by fans looking to replace their well-worn pieces from the Los Angeles-based line.

For a long time, she didn’t have a good answer. But after analysing six years of sales data, Danan and partner Justin Kern established a new range called "Co Essentials," a collection of best-sellers and basics that will be available year-round via the brand’s forthcoming e-commerce site — set to launch later this summer — and through many of the retailers that already carry Co. But core doesn’t mean commodity.

“Core is not a basic plain black sweater, but a basic plain black sweater with our DNA,” Danan explained. These are everyday items, but made specifically for the Co client, who favours feminine details and romantic silhouettes. The prices are also gentler: about 30 percent less than the main line. And Danan hopes Essentials will someday surpass the company’s seasonal collection in sales.

Co certainly isn’t the first fashion brand to get hip to the power of basics. Whether you’re Everlane or Céline, a collection of rarely discounted core items can provide a sustainable stream of revenue. But navigating the business of basics has become more challenging than ever.

“Basics are attractive because they typically offer a higher margin,” said retail advisor Ari Bloom, founder of A2B Ventures and chief executive of 3D software platform Avametric. “If you have scale, the economics are a lot better, because you’re sourcing the same product for years.” 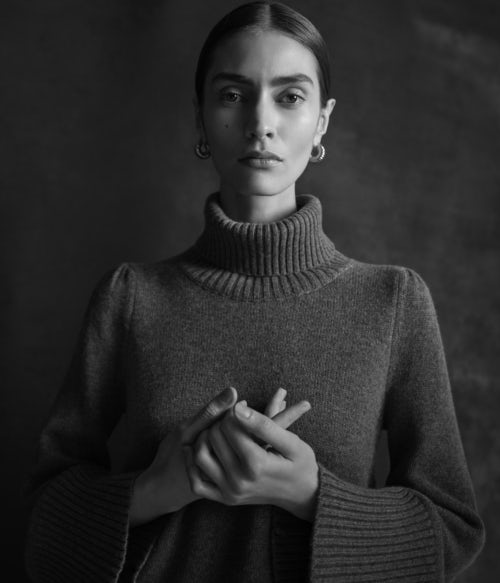 It’s easier to scale basics because they are the type of items consumers buy in multiples, over and over again. “I started in menswear, where you learn right away that when you do something well and there’s a response to it, you need to provide it exactly the same way again, iterate and maintain the spirit and utility,” said Scott Sternberg, founder of reimagined-basics label Entireworld, which launched earlier this year. (Sternberg is also the founder of Band of Outsiders, which was best known for its specific-but-reliable men’s shirting.)

If a brand releases its version of the perfect white shirt and continues to produce that same shirt — with a few tweaks to the pattern every few seasons — it can quickly begin to predict how much of that product it will sell each week, creating an opportunity to convince vendors (i.e., the parties producing the goods) to manage inventory. This means they hold the product at the factory and often initially take fiscal responsibility for it, shipping it on-demand to stores rather than in bulk at the beginning of the season. If there is less inventory in-store at a given time, there is less of a need to discount it to free up space. Many core items in designer collections — from Gucci’s classic loafer to Phoebe Philo’s techno-cashmere sweaters for Céline — are never reduced in price.

What’s more, basics tend to be less expensive than seasonal items because they are often simpler in construction and concept. (Development costs — from researching fabrics to making new patterns — are virtually eliminated after the first season they’re introduced.) If executed properly, they can also be a good branding opportunity. The Row, for instance, first gained recognition in 2006 for its perfectly designed, luxury take on the standard t-shirt. At Saint Laurent, former creative director Hedi Slimane revamped the brand by establishing a core collection including Chelsea boots, leather jackets and skinny jeans for both men and women. In 2016, the year he exited, Saint Laurent ready-to-wear sales were over €280 million (23 percent of the overall business), up 211 percent from €90 million (and 19 percent of the business) when he joined in 2012. (According to sources, Slimane is said to be doing the same as he remakes the LVMH-owned house of Céline.)

The Not-So-Basic Challenges of the Market

Basics can be very profitable — Bloom said that even if a core collection only makes up 30-to-40 percent of brand’s SKUs at any given time, it may contribute 60-to-80 percent of the profit. But it’s easy to get off track, especially at the lower-end of the market, where basics are commodity items and sales are driven, more than anything, by price. Consider Gap, which “gave away its market share,” as one ex-executive put it, by losing the consumer’s trust that it was making basics with the best price-to-quality ratio in the business. In the past decade, Gap has shrunk by a billion dollars: In 2017, sales at Gap brand were $5.3 billion. In 2007, they were $6.3 billion.

Once a go-to destination for t-shirts, jeans and other core pieces, Gap is now competing with everyone from Everlane, which reached more than $100 million in annual sales in five years through smart messaging and distribution, to Amazon, which is set to become the largest apparel retailer in the US by the end of 2018.

Bloom said that businesses like Gap often feel pressure to continue increasing profits on margin-driving core items. Along the way, they end up reducing costs by cutting corners on quality and sourcing, resulting in an inferior product. This causes customers to seek out alternatives, of which there are many. “A customer will come back every week until they have a bad experience,” he said. “But as soon as someone has a bad experience, they’re going to switch brands. Once you lose a customer, it’s very likely they’re not coming back.” While the price-sensitive lower end of the market is most dramatically affected by this, it’s a problem at the high-end too. If a brand changes a fabric or tweaks a silhouette in a way the client doesn’t like, she’ll move on.

How to Get It Right

While quality, value and consistency are key to maintaining a solid basics business no matter what the price, so is establishing a strong point of view that aims to serve a particular customer. “I didn’t necessarily want to be a basics brand from a brand perspective,” said Sternberg, who immediately established a clear identity for Entireworld through distinctive branding and marketing. “It’s a little bit of a trick for us. How do we make this exciting enough as a whole and still offer product that really has a core utility? It’s a balance.”

Iteration, too, is a part of the equation. While changes that diminish the quality — or modify the shape drastically — may turn off the consumer, slight, sometimes indiscernible improvements will keep her interested. Patagonia, for instance, gingerly updates its classic down “sweater” every few years to reflect changing tastes.

It’s also necessary to define what “basic” means to your brand. While Sternberg’s first collection included ringer t-shirts, cashmere sweaters and button-downs, it was a pair of pleated khaki trousers — the most directional item he created for men — that sold out the most quickly. That’s despite the fact that it was the least “basic” thing he made. But it was a style that Sternberg had a good feeling about — and didn’t see being offered in the market. “For our guy, the ideal basic pant isn’t a flat-front chino,” he said.

Above all, though, the product has to be compelling enough that the consumer will want to buy it in virtual, or actual, bulk. Co designer Danan says that she often encourages customers to buy her classic sweaters in several sizes to serve different wardrobe purposes. “I myself own it in x-small, small and medium,” she said. “It’s the new uniform dressing.”