NEW YORK, United States — If you opened up one of those celebrity magazines — like Grazia, People or US — or clicked on any fashion website around the time of the latest Harry Potter premiere in the summer, you will have seen Emma Watson's photo beaming back at you, in a dress by the London-based Indian designer, Saloni Lodha.

Countless magazines featured Watson's chic look in a bold red dress, and soon enough, Saloni's phones were ringing off the hook. Boutiques and magazines around the world were interested to know more about this emerging talent. As it turns out, Lodha had no idea that Watson was going to wear her dress, which had been bought by Watson's stylist and then magically appeared on a red carpet one day.

The rest, as they say, is history.

Over here at BoF, we have been watching Saloni for awhile, first while writing a piece for Vogue India and subsequently, as the popularity of her colourful designs and modern, Indian-inspired aesthetic has grown. With her vertically-integrated manufacturing process in India, Saloni's clothes are available at prices that won't break the bank, something that is hugely important in today's rapidly changing luxury environment. Indeed, just today, Bloomberg reported that luxury fashion brands must cut prices to survive. Pay attention Gucci, Prada and Louis Vuitton — Saloni is already there. 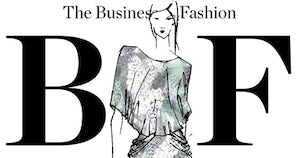 This month, we are delighted to feature Saloni Lodha in the BoF Spotlight with a sketch from her Spring/Summer 2010 collection, presented earlier this week in New York, which will grace our pages for the entire fashion week season.

Best of luck to Saloni in her quest for global fashion domination.