LONDON, United Kingdom — For the second year in a row, Central Saint Martins (CSM) has topped BoF’s global ranking of fashion schools, which this year has expanded to include 54 institutions across 17 countries, with more than 10,000 current students and alumni participating in our annual fashion education survey.

CSM’s BA Fashion programme is once again the top BA programme in the world. Not far behind is Kingston University, which climbed one spot to second place in the BA ranking, followed by a new entrant, Finland’s Aalto University School of Arts, Design and Architecture, which came third out of 50 BA programmes. The Finnish school, which is located in the outskirts of Helsinki and has only 60 students in each year of its BA programme, was distinguished by its long-term value — for which it ranked first out of all the BA courses.

Amongst the top 25 MA programmes, the Central Saint Martins MA programme climbed one place to knock the Royal College of Art (RCA) from the number one spot. The RCA slipped to number two, while the Institut Français de la Mode (IFM) in Paris came third, jumping an impressive four places from last year. (To view the full BA and MA rankings, please click here.)

CSM’s dominance can be attributed to its near unrivalled reputation with the industry and with employers, who ranked the school very highly. The school also showed marked improvement in student’s learning experience scores, with students and alumni showing a higher level of satisfaction with the school’s resources and teaching than in our 2015 survey, where CSM ranked near the bottom of the heap in the overall learning experience. 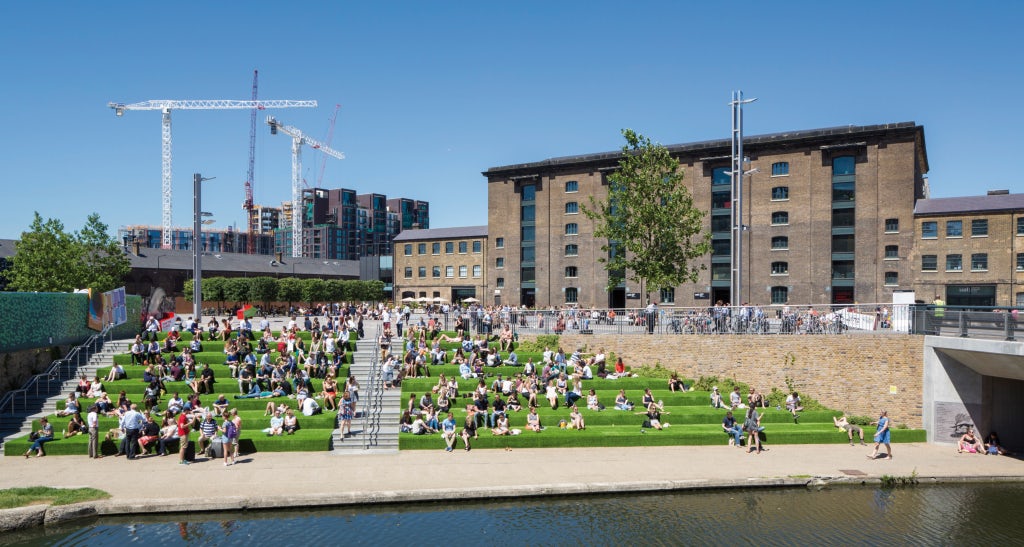 However, challenging times lie ahead for the storied institution and its British peers. Following the retirement of Willie Walters, BA fashion programme director, CSM is now bracing for the fallout of the UK’s ‘Brexit’ vote, which has many British fashion educators deeply worried.

“I’m worried about us leaving the EU and it becoming some ‘Little Britain’ situation again. I would be miserable if, when I leave, everything was to plummet and fall apart and some Draconian upper top management cage was to come down on my course. That’s why I want to leave now, while the new people can learn to be as strong as me to prevent that happening in their own time. Because I wasn’t me when I started off. I had to learn so much,” says Walters. “I want to pass [the baton] over while my team are fresh and young and they can grow into being really good at the job. I’m not happy to be leaving, but I’m happy to be leaving something great.”

Indeed, all British schools now face the potential loss of significant EU funding and talent following a ‘Brexit,’ which some observers believe won’t happen until 2019, creating growing uncertainty in the fashion education sector in the UK. To continue to attract the best -in-class students who have driven British schools to the top of both the BA and MA rankings, schools will have to support international students in overcoming barriers to studying in the UK — especially European students, who in a post-Brexit world may have to pay higher tuition fees and secure student visas like other international students.

Elsewhere in the survey, the lack of practical, applicable skills offered by schools is an on-going sore point — a core theme that emerged in last year’s study and a challenge facing fashion students the world over. The gap between student expectations regarding careers services and graduate experiences also persists. Only 69 percent of BA students were satisfied with their school’s careers services — in particular, students from institutions outside the major fashion capitals expressed a desire for better networking and recruitment.

For fashion education to truly modernise, it has to break down the barriers between creative and commerciality.

Similarly, only 55 percent of BA students were satisfied with their business training, and many expressed a desire for more advanced and diverse courses. According to Linda Loppa, director of strategy and vision for Polimoda, “For fashion education to truly modernise, it has to break down the barriers between creative and commerciality.” 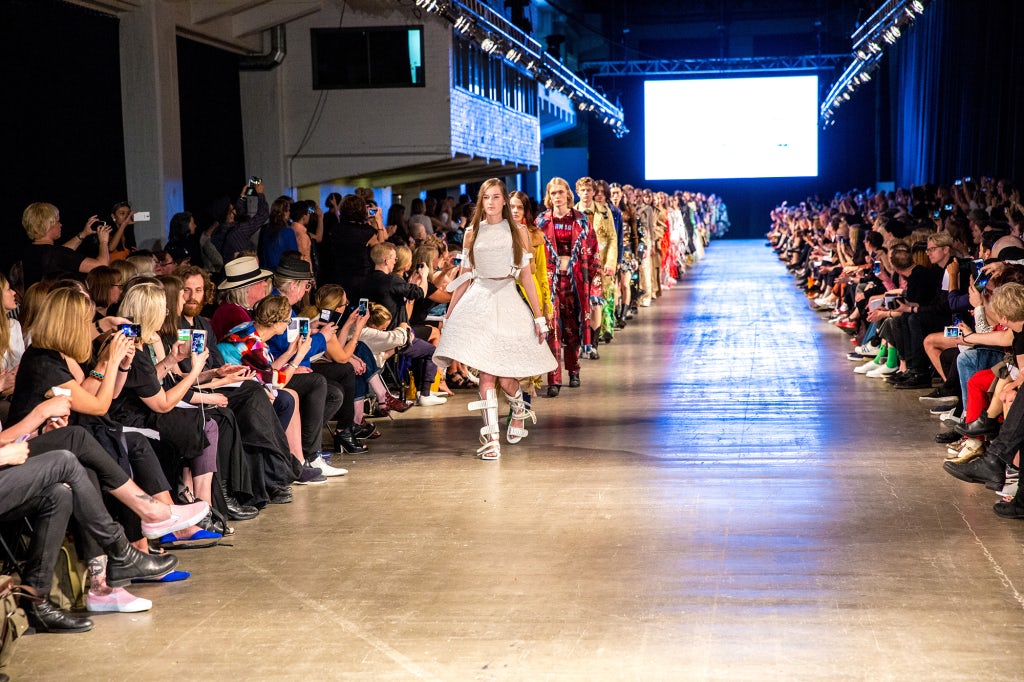 The good news is there has been some improvement in perception of the calibre of the technology and business courses, a key failing identified in BoF’s 2015 report. Some schools in particular are taking proactive steps to innovate their education systems. This July, a new strategic alliance was announced between two French schools — École de la Chambre Syndicale, which specialises in creative and technical expertise, and IFM, known for its focus on management and luxury.

“The mix of vocational skills and academic culture is something which is absolutely not usual in France,” says Pascal Morand, executive president of France’s Fédération française de la Couture, du Prêt-à-Porter des Couturiers et des Créateurs de Mode, who oversaw the project. “We need to develop and to strengthen the academic policy of the French educational ecosystem,” he continues.

Other institutions are connecting creativity and commerce by developing inter-disciplinary curricula that allow students to combine design training with more specialised and demanding business, technology and marketing courses. New York's Parsons The New School of Design is a notable example, reworking courses to include outside electives in subjects such as business and media, as well as a BA in integrated design, which has a flexible curriculum encompassing classes from across the school. 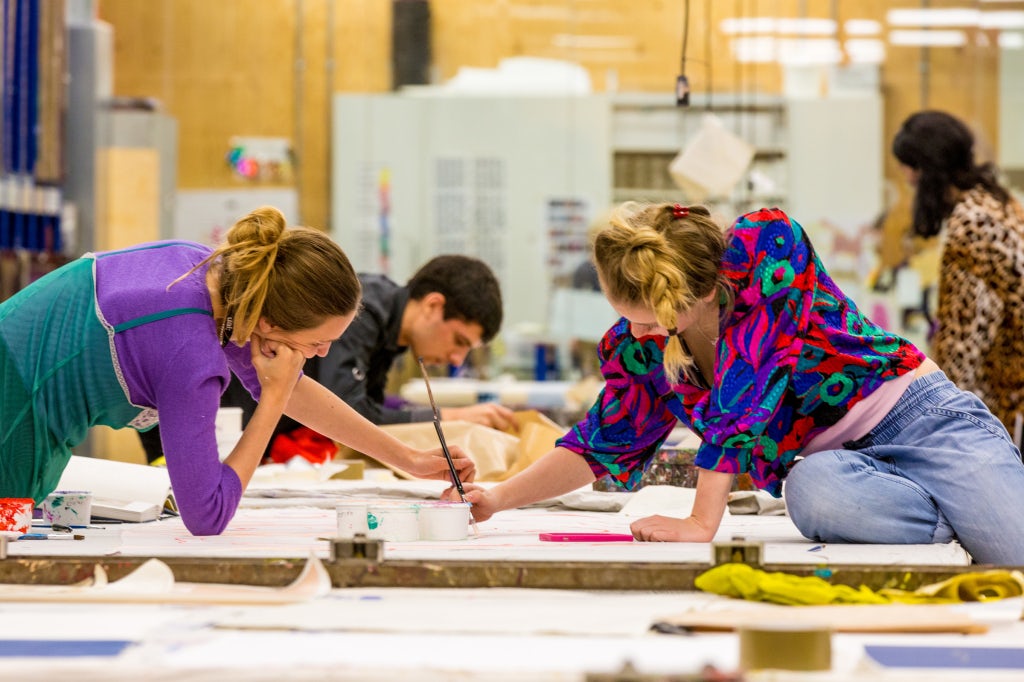 However, more wide-reaching change is still required throughout the fashion education sector. By and large, students report that there remains a significant way to go until the education they are paying for meets their expectations. The purpose of BoF’s ranking is to provide objective, fact-based analysis of the fashion education system, assisting prospective students in making informed decisions in their pursuit of a higher fashion education and to act as a tool for universities and colleges to assess their offerings and engage in the debate surrounding fashion education.

The global fashion school rankings are part of BoF’s annual report on the state of fashion education, which includes in-depth analysis of key geographies and detailed profiles of the top 50 undergraduate and top 25 graduate fashion programmes. The study offers the world’s most comprehensive analysis of fashion education, based on a survey of more than 10,000 students and alumni and data gathered from 54 participating schools in 17 countries

Reporting for this article was contributed by Helena Pike.