LOS ANGELES, United States — Search #cultgaia on Instagram and you’ll find over 12,600 posts dedicated to the young brand, whose $128 “Ark” clutch has become an influencer favourite over the past two seasons.

Cult Gaia’s success is just one example of how a new wave of competitively-priced, emerging brands is breaking into the handbag category, which was worth €44 billion ($48 billion) in retail sales in 2016 according to Bain.

This shift was first ignited by the success of Mansur Gavriel in 2012. The New York-based accessory brand’s leather bucket became the first post-recession “It” bag, paving the way for labels including Cult Gaia, Staud and Danse Lente. Like Mansur Gavriel, all three brands have a distinctive aesthetic, an accessible price point and a powerful Instagram presence that has captured the attention of consumers and influential stockists alike. 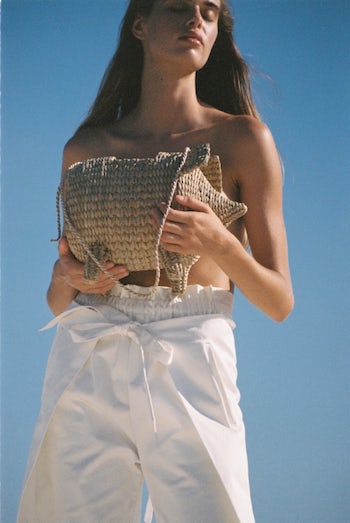 “It’s never been cooler to wear an unknown or emerging brand,” says Lisa Aiken, retail fashion director at The Net-a-Porter Group. “When we launched Mansur Gavriel we had no idea that the contemporary bag market would change so significantly as a result. This brand gave customers a taste for luxury-looking, super cool bags at an entry price point.”

Aiken says many of Net-a-Porter’s newer contemporary bag brands — increasingly discovered on Instagram — sell out within weeks, sometimes days, with sell-through rates of up to 100 percent. The result is a surge in popularity for labels like Muun, Manu Atelier, Simon Miller, Building Block and Catzorange, as well as Cult Gaia, Staud and Danse Lente, all of which sell for between $180 and $700.

This boom in niche bag brands is the result of several changes in consumer behaviour: the expectation for luxury quality at an accessible price point, demand for uniqueness, and that Instagram has become a key discovery tool for shoppers and wholesale buyers alike, according to Claire Foster, director of accessories and footwear at WGSN.

“Affordability is definitely a factor,” Foster says. “[In recent years,] we saw luxury bags reach extremely aspirational price points that priced many fashion forward consumers out of the market, which created a bit of a gap in the market for leather bags that are still an investment purchase but that aren’t going to break your bank account.”

Sarah Staudinger, former fashion director of Reformation, co-founded Los Angeles-based fashion label Staud in 2015. Between 2016 and 2017, the brand’s revenue surged by 400 percent. “Because the new consumer is savvy, I think there’s less value on high brands,” she says. “[They] realise that all the things that go into a bag that’s $2,500 isn’t really the true value of the bag, but it’s [other things] like packaging and expensive store locations that add to the expense. With us, the value is really going into the bags.” 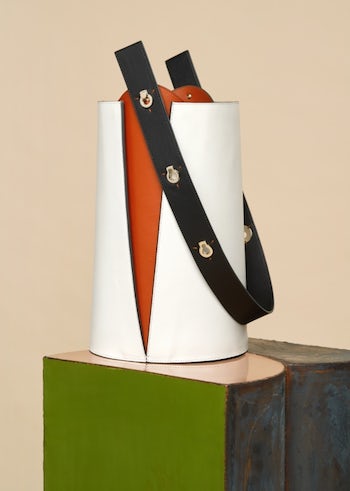 “The design and quality is often even the same [as luxury brands],” agrees London College of Fashion graduate Youngwon Kim, founder of London-based Danse Lente, which is known for its structural, oversized “Lorna” bucket bags that retail for £485 (about $630). Launched in April of this year, Danse Lente has also seen rapid growth, with orders from wholesale partners increasing by 2,160 percent between its debut Pre-Fall 2017 season and Resort 2018. Net-a-Porter, Moda Operandi and Selfridges even placed mid-season reorders for its first collection.

Cult Gaia, founded by Fashion Institute of Technology graduate Jasmin Larian in 2012, has seen revenue grow over 850 percent compared to this time last year, mainly attributed to its “Ark” model. “We are doing the same amount of sales of the whole last year in a week now,” says Larian, who ignored early advice to raise her prices in order to sell to luxury retailers. “They would say that we had to raise our prices otherwise we would never sit next to [luxury brands like] Gucci and none of the stores were going to buy our bags,” Larian recalls. But the rules have changed and today Cult Gaia is sold alongside the likes of Chloé, Céline and Prada.

Also contributing to the popularity of niche handbag brands is increased consumer demand for the unique and hard-to-find. “[This] emerging group of designers are developing products that identify with today’s consumer by offering uniqueness and exclusivity that has been diluted in the luxury handbag market,” says Sara Wong, divisional merchandise manager at Pedder Group, which is responsible for the buy of all bags, shoes and accessories at Lane Crawford. Wong says the retailer may double — even triple — its buy of niche brands next season to support its customers’ demands. “Having the right bag [now] is more important than having the most expensive bag,” she says. 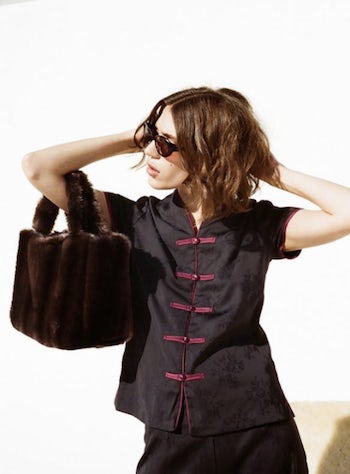 For these emerging brands, selling wholesale to influential retailers is a valuable tool for authoritative brand exposure. But it is direct-to-consumer sales, driven by social media, that is proving key to growth.

“[Instagram] has really acted as our sales team. Every single account that has reached out to us so far before we brought on our showroom in February, has found us through Instagram,” says Larian, who boasts 128,000 followers on the Cult Gaia account, and attributes 70 percent of sales to the brand’s website. “To have cash flow that we get immediately from our own e-commerce is our lifeline,” she adds.

For Staud, direct-to-consumer represents 90 percent of total sales, while Danse Lente’s Kim hopes to channel this avenue with a mono-brand store in the future.

But while rapid growth can be promising, it can also increase the risk of overexposure and subsequent consumer fatigue, if not managed carefully. Emerging brands associated with trend-led products are especially vulnerable.

“We could have been a one hit wonder but innovating and managing distribution in your own niche is important,” says Larian. “At the end of the day, the product is king and the rest comes after.”