Luxury industry veteran Alessandro Bogliolo, who spent 16 years at Bulgari, will lead the next chapter of leadership at the company alongside new chief creative officer Reed Krakoff. 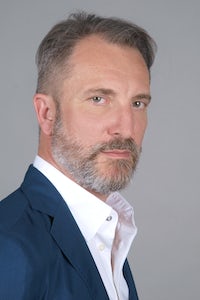 Luxury industry veteran Alessandro Bogliolo, who spent 16 years at Bulgari, will lead the next chapter of leadership at the company alongside new chief creative officer Reed Krakoff.

NEW YORK, United States — New York luxury jewellery house Tiffany & Co. has found its new chief executive in Alessandro Bogliolo, who will lead a new chapter of leadership at the company alongside chief creative officer Reed Krakoff. Bogliolo, a luxury industry veteran with 16 years of experience at Bulgari — where he was chief executive when the fine jeweller sold to LVMH for more than $5.2 billion in 2011 — has served as the chief executive of Italian fashion and accessories brand Diesel since 2013, and will begin his post at Tiffany on October 2.

Bogliolo will replace Frederic Cumenal, the luxury industry executive tasked with turning around struggling jeweller Tiffany & Co. since 2015, but who exited in February as challenges continue to beset the business.

“Today’s announcement concludes the board’s thorough process to identify and recruit an accomplished leader to position the Company for sustainable growth in the years ahead,” said Michael J. Kowalski, chairman and interim chief executive in a statement.

“Alessandro has a well-deserved reputation for creativity and execution, having previously led a number of international brands to success and improved performance,” he added. “I also believe that his vision and team-oriented approach make him an ideal fit with Tiffany’s long-standing values. Tiffany is an iconic brand and is at an important time in its history.”

During Cumenal’s tenure at the company, he hired design director Francesca Amfitheatrof who created the modernist “T” Collection before exiting in January 2017 after three-and-a-half years in the role. She was immediately replaced by former Coach designer Reed Krakoff, who assumed the newly created position of chief creative officer.

Reenergising the business will be Bogliolo’s priority. Tiffany reported its first rise in sales in two years in November 2016, thanks to increased sales in Japan and China. The US market, which accounts for nearly half of Tiffany’s business, remains a concern. As social mores change, younger consumers are turning away from traditional signifiers like engagement rings as people in the West are marrying later in life, or not marrying at all. Consumers also more concerned with the sourcing and origins of diamonds, often not participating in the "diamond myth." A new Tiffany & Co. campaign, starring pop star Lady Gaga, debuted in February and was designed to appeal to a new generation of women who are increasingly buying jewellery for themselves. And in January, the company signed a fragrance deal with Coty.

In Tiffany's most recent quarter, net sales rose 1 percent to $900 million, while sales in the Americas decreased 3 percent to $392 million and comparable store sales declined 4 percent. Meanwhile, barricades around the flagship on Fifth Avenue in New York City, right next to Trump Tower, have inhibited foot traffic. Sales at that store dropped 14 percent in November and December 2016.

To be sure, Bogliolo’s experience at Bulgari was attractive to Tiffany’s board on many levels. For years, analysts have speculated about a potential takeover of Tiffany by a luxury conglomerate. “I think it makes sense to consider Tiffany as a possible M&A target,” Luca Solca, head of luxury goods at Exane BNP Paribas, told BoF in 2016. “The Tiffany brand has a lot of potential worldwide, [but it] seems to have struggled in recent times in producing shareholder value.” Former chief executive Cumenal dispelled those rumours — “We are furiously and ferociously independent,” he said. “We have access to all resources that we need.”

"We intend to pursue opportunities that could continue to generate attractive total shareholder return in the future," said Kowalski in the most recent earnings call.