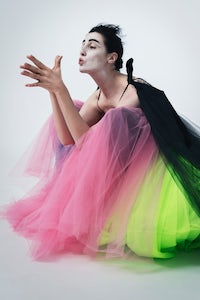 Pages printed with new images of models, friends and family members wearing Goddard’s signature smocked tulle dresses, elasticated-waist tops and ruffled a-line skirts feature in this tome. “We used the clothes to enhance aspects of one’s personality to show who they are,” the designer tells BoF. “Some people are covered in dresses and have the confidence to do that, while others wear their own clothes and hold the brand’s clothes. It was all very free flowing.” 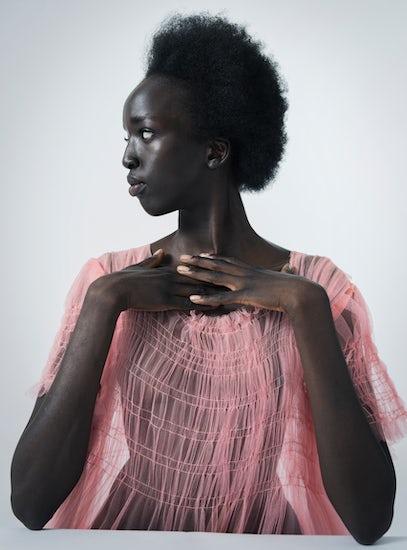 Goddard graduated from Central Saint Martins with a BA in fashion knitwear in 2012 during which she interned with John Galliano and Meadham Kirchhoff. Soon after showing her debut Spring/Summer 2015 collection off-schedule during London Fashion Week, the designer attracted interest for her traditional hand-craft techniques such as hand pleating, smocking and crocheting, as well as for her charming set-designed presentations.

Goddard’s vision — distinctive and dreamy, much like Walker’s — captivated the imagination of the fashion world as well as celebrities like Rihanna, Zendaya and Agyness Deyn, who have all worn her designs. The brand, which has over 60 doors including Net-a-Porter, Dover Street Market, the Comme des Garçons Trading Museum, Nordstrom, I.T, Browns, Boon the Shop and Club 21, reached sales growth of 140 percent between 2016 and 2017.

The designer won the British Emerging Talent award at the 2016 Fashion Awards and was a 2017 LVMH Prize finalist. This month, she was also announced the winner of the BFC/Vogue Designer Fashion Fund, granting her the top prize of £200,000 (about $272,000) and a year-long mentoring scheme.

Goddard’s win seals an impressive year for the designer, who has never relied on outside investment. The launch of the book marks a symbolic next step for Goddard, as she looks to grow her business where sales are expected to exceed £1 million ($1.35 million) by the end of the year.

“Patty” launches exclusively at Dover Street Market in London on May 17, followed by a wider release via Goddard’s e-commerce site.

Editor's Note: This article was revised on May 11, 2018. A previous version of this article misstated that Molly Goddard graduated from Central Saint Martins' MA course in 2014. This is incorrect. Goddard did not complete the course.