The leading street style photographer speaks exclusively to BoF about breaking away from Style.com to launch his own website, Tommyton.com.

The leading street style photographer speaks exclusively to BoF about breaking away from Style.com to launch his own website, Tommyton.com.

NEW YORK, United States — “I still consider myself an outsider,” says Tommy Ton, the pioneering street style photographer who, for the past eight years, has faithfully documented the scene outside the shows for Condé Nast’s Style.com. Yet, it’s the way Ton blends an outsider’s eye with the insider access he has earned that is on full display at Tommyton.com, which launches today.

The site will feature more than 15,000 Ton-lensed images from the past decade, including those previously featured on Style.com, GQ.com and the photographer’s former blog, Jak & Jil. In addition, Ton has released numerous unpublished photographs and plans on posting new and exclusive images weekly, all of which readers can sort images by colour, brand, trend and subject. “I thought it was really important, from a fashion nerd’s perspective, to be able to look back and view all these images I’ve taken in one place, and for it to be categorised down to every detail,” Ton says. 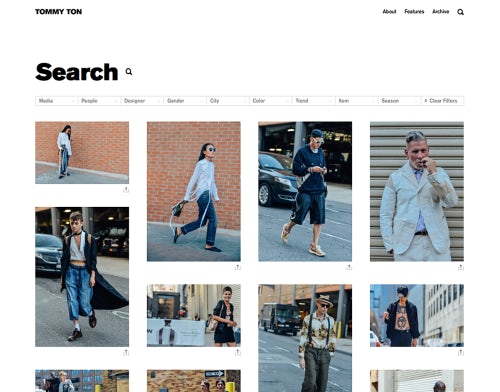 Along with his signature street style shots, Ton is eager to spotlight his unique flavour of runway and backstage images. In the coming months, the site will also start to feature original interviews, videos and editorials. “I’m so lucky that I have these friendships and the access that I do with brands like Proenza Schouler or Dries Van Noten or even Kanye West,” he continues. “I get to shoot exclusive content at the shows, backstage and in the showrooms. There’s no place that this content has ever gone, except for occasionally on Instagram.”

Ton will not join Vogue Runway, which scooped up some senior editorial staff from Style.com, including Nicole Phelps, and launched September 1st. Instead, he will cover the Spring 2016 shows independently. “It’s a huge gamble, but I think it will open other doors,” he says. “In fashion, there’s just so much change happening and I’ve been very fortunate to develop a lot of relationships in my career through designers and brands. So, I’ve been thinking, maybe I should just focus on that and not worry so much about whether or not my name is branded with anyone else’s.”

I wanted to be able to focus on my independent voice again.

While Ton has been building the site for more than a year and a half with New York-based design studio 2x4, he says its launch just happened to coincide with his break from Condé Nast. “When Style.com and my contract concluded, I just felt like it was time for me to start off fresh again and return to what my original intentions were when I first started my blog eight years ago with Jak & Jil. And just to have fun,” he says. “I wanted to be able to focus on my independent voice again and to experience fashion month not being on deadline for anyone else.” 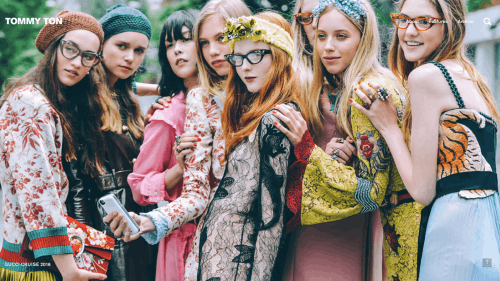 Ton began his career in Toronto at the age of 16, assisting eveningwear designer Wayne Clark. He went on to work in the buying department of Canadian luxury department store Holt Renfrew, eventually landing a column at Flare magazine and a consulting gig with collector Lynda Latner’s e-commerce site VintageCouture.com. In 2005, he launched Jak & Jil as a place to post his own images and was amongst the first street style photographers circling show venues at fashion week.

In 2008, Ton was tapped by Style.com and GQ to replace Scott ‘The Sartorialist’ Schuman, although he continued to post regularly to Jak & Jil. It wasn’t until this year that he sold that domain to the Brazil-based firm Mucca, one of Ton’s commerical clients, for an undisclosed sum. Mucca has transformed the URL into an e-commerce destination that continues to feature street style photos as shopping inspiration. “When I started Jak & Jil, I didn’t expect it to become a brand,” he says. “I started working for other platforms and my name was pushed more. My attachment to the Jak & Jil brand wasn’t there anymore and I felt like it was time to change.” 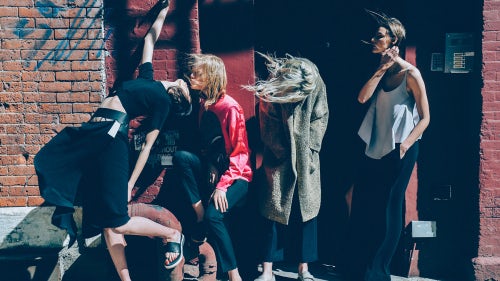 Today’s street style scene is jammed with poseurs on both sides of the lens, generating plenty of vitriol among fashion insiders who long for the days when the entrances to runway shows were clear of what Suzy Menkes famously called a “circus.” But Ton sees things differently. “It has become quite a spectacle, but I still get extremely excited about it,” he says. “However, I’ll be filtering it through a different lens now that I’m not thinking about how a photo needs to look on the homepage of an online editorial site. It’s just going to be me focusing on what I like.”

Ton is eager to exhibit his non-street style work as well. The site also showcases his unique, editorialised images from the Gucci men’s Spring 2016 presentation, Louis Vuitton’s Cruise 2016 runway and Protagonist’s Fall 2015 show. “ I’ve been quietly exploring other avenues, whether that means shooting backstage or working on projects with designers,” he says. “I’m so fortunate to be part of a generation when the Internet and social media democratised fashion. So many of us were given a voice.”

For now, Ton has no plans to monetise Tommyton.com through either sponsored content or banner advertisements, as he did with Jak & Jil. Instead, the photographer will focus on client work — brokered by his agents at the CollectiveShift — and will continue to license his images through Trunk Archive. Ton has diversified his revenue streams over the past decade, generating significant income from a wide range of activities, including shooting advertising campaigns and participating in one-off brand and editorial projects, in addition to image licensing and consulting work. This autumn, he’ll spend most of his time at the four major fashion weeks in New York, London, Milan and Paris, while continuing to comb through his extensive archive of images. “I like being hands on,” he says.

Indeed, Tommyton.com is a self-proclaimed labour of love, one that Ton hopes will inspire the next generation to fall for fashion. “This sounds basic and corny, but at the pace that we’ve been moving in over the last several years, I feel like we don’t really stop and appreciate how someone wears something. There’s less emphasis on the actual clothes,” he says. “I want to offer a better sense of the way the clothes move. Some context.”