NEW YORK, United States — Like everything in America, the US fashion education system is big. In BoF’s second annual global fashion schools ranking, 14 American schools made the cut, more than any other country. But scale can be as much of a burden as scarcity. Here, schools are producing far more designers than the US economy can currently absorb.

According to the US Bureau of Labor Statistics, 23,100 people worked as fashion designers in 2014, with 10-year projected growth in the market amounting to just 700 new positions. This means the majority of the more than 2,200 students graduating with fashion design degrees every year will never use them professionally. What’s more, the American fashion system is focused on the commercial side of the industry, making apprenticeships and internships at studios that operate on the level of the European ateliers few and far between. To learn couture practises, students must go abroad. 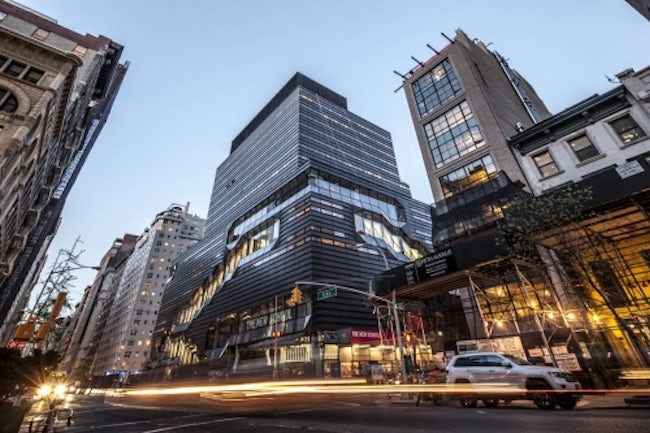 Perhaps that’s why so many US schools operate satellite campuses overseas. The Parsons School of Design at The New School in New York City, which came fifth in BoF’s undergraduate BA programmes ranking and eighth in the graduate MA ranking, has long offered students the opportunity to study in Paris. The Savannah College of Art and Design (SCAD) boasts campuses in Lacoste, France, and Hong Kong. But while the fact that New York remains the centre of the American fashion industry is reflected in the rankings — putting Parsons and the Fashion Institute of Technology, which came sixth in the BA ranking and 10th in the MA, near the top of the US list, with Brooklyn’s Pratt Institute trailing in 40th position in the undergraduate ranking — institutions like Drexel University in Philadelphia and Stephens College in Columbia, Missouri are working hard to supplant the lack of school-year internship opportunities by offering state-of-the-art facilities, a more diverse course list and an even greater emphasis on job placements.

Many of these schools make up for limited access by offering a greater breadth of courses beyond design in areas of study including business, marketing and technology innovation. However, the dearth of jobs — and an overall lack of access to high-fashion internships — remains a challenge.

We are in a state of an oversupply of talent.

“We are in a state of an oversupply of talent,” says Sara Kozlowski, director of education and professional development for the Council of Fashion Designers of America. “We can’t compete with the EU on that level. I’m just astonished when I look at the [curriculum vitaes] of students who attend the Royal College of Art or Central Saint Martins or the London College of Fashion; they have work experience in places like the Dior haute couture atelier,” she continues. “We don’t have that in the US, but we do have access to jobs at Theory and J.Crew and some of the bigger brands.”

Although the opportunities to learn haute-couture-level skills while apprenticing in the US remain limited, educators and industry advisors are encouraging students to take a more specialised route of study that can prepare them for the jobs that are indeed available. “There’s been a lot of shifts in the models of education,” Kozlowski says. “There are more students studying knitwear, textiles. It’s about getting them more focused on system design versus brand and communication design.”

“The concept of what a ‘top student’ is has evolved considerably over the course of the past decade,” adds Simon Collins, a consultant and former dean of the School of Fashion at Parsons. “Mastering the traditional abilities used to be the core criteria. Now there is a much more diverse set of skills needed. It’s very much about understanding their place in the world. Design doesn’t operate in a vacuum.”

Now there is a much more diverse set of skills needed. Design doesn’t operate in a vacuum.

As a result, there seems to be a shift in the optimal endgame for graduates. While becoming a creative star remains a priority for some, transparency in how the industry operates has made the realities of owning a business clearer and perhaps less appealing to the next generation of would-be Proenza Schoulers and Alexander Wangs. “I think it’s a reflection of what’s happening at a larger level to American fashion in general as it tries to move beyond a vocation and really is strengthening its intersection with culture,” Kozlowski says. “There is a shift from everything being a brand. Millennials are so fantastic in their acumen to want to be collaborative that the next generation of fashion leaders might be more [of a] design collective, and I think that’s incredibly exciting.” 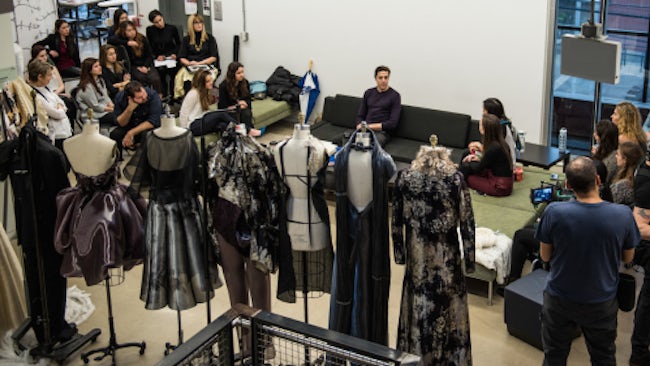 With a mix of private and public institutions and varying levels of financial aid on offer, American schools scored particularly high for international diversity in the student body, the overall quality of the student body, technical skills learned and the overall quality of the instructors and facilities. However, the 14 schools providing bachelor’s degrees were rated either average or below average in terms of quality of recruiters. Unsurprisingly, given the number of degrees awarded, only Drexel University and Pratt Institute scored exceptionally high in regards to job placement within six months. Out of the four master’s degrees analysed, students had a higher-than-average chance of landing a job within six months of graduation.

And while a majority of American schools scored average or above average in offering courses that address digital technology and innovation, many programmes continue to lack proficient business and marketing courses. “Pratt is a great fashion school… However, it does not have any business/marketing courses, which is an important part of fashion courses,” wrote an alumnus from Pratt Institute.

However, beyond the particular challenges in individual curriculum is the wider industry problem: there are too many graduates, not enough jobs and design schools across the country are keenly aware of the piqued interest around fashion design degrees, especially in areas of the country that don’t have an apparel industry to help support those outgoing graduates.

“Seeing more schools adopting or trying to implement fashion... in some cases that’s a concern here for us at the CFDA,” Kozlowski says. “We have to ask, does the school have a regional ecosystem to sustain a population? What are they doing to bring in that connectivity?”