PARIS, France – The term ‘sports-luxe’ has been attributed to everything from high-performance athleisure to sporty-shaped garments in luxurious fabrics. At its core though, there are few brands offering the kind of truly luxurious sportswear pioneered by Jean Patou and Claire McCardell in the 1920s, an era that saw women becoming increasingly active and shunning the rigidly structured garments of the prior decade.

Enter U.N.X., a Paris-based label designed by 28-year-old Hedi El Chikh, who is seeking to combine the 1950s heritage of what the French call tailleur – structured tailoring – with fluid fabrication and comfortable fit to create an affordable contemporary line of womenswear for the 21st century.

“We are living in a moment where women in particular are wearing leggings and hoodies and pairing it with heels,” says El Chikh, who spent five years working for Azzedine Alaïa before being hired by Olivier and Marie Dall’arche to launch a new label in September last year, which was quickly picked up for an two-season exclusive at Galeries Lafayette in Paris. “That’s how they get dressed; they don’t want to think too much and they want to be comfortable and show off their bodies. It is the current epoch.”

The Dall’arches wanted to start a contemporary-priced label inspired by their practise of karate because they found that the traditional karategi, the tie-string cotton robes worn for the combat sport, allowed much more freedom of movement than modern Western clothes. Through a mutual contact, they found El Chikh, who swiftly rose to the challenge. “I don’t work with themes or narratives,” says the Versailles-born designer. “It’s about combining elegance with relaxed comfort and creating clothes that allow a lot of movement, like those practical costumes.”

It has to give a visual effect of structure and tailoring but still with comfort.

Now approaching its third season, the Autumn/Winter 2017 collection is strong on separates. Crispy terracotta cotton is transformed into a sleeveless bomber blouse with exaggerated volume; bias-cut liquid jerseys are made with cleverly twisted seams that follow the natural form and riff on sportswear staples; zip-up hoodies take their cue from the exotic elegance of djellabas; and tailored wool outerwear is nipped at the waist and shoulders, woven with a slight stretch and finished with hooded shawl collars, karate belt ties and subtle chenille embroidery on the cuffs.

What is clear is the effect of the time the designer spent working under Azzedine Alaïa, fashion’s foremost technical perfectionist. “There was a severe and rigorous femininity there,” he explains. “To me, he is really the ultimate designer; he never compromised at all, and it was all for the good of women. It’s never an ego thing with him. It’s always to serve the codes of women and empower them, which is what I really admire.” During his time at Alaïa, he garnered the support of the brand's courtiers, who encouraged him to believe in his vision. 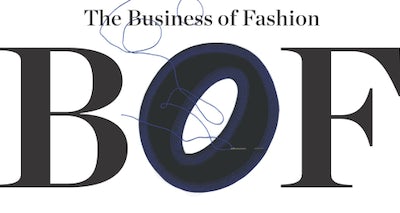 His mentor’s influence can be felt in El Chikh’s own creative process, which is centred on constantly fitting and working with toiles. The studio currently consists of El Chikh, an assistant and two pattern cutters. “We work with a little atelier near the office in Paris that makes patterns and prototypes. It’s important to be close to those people and we fit each garment four or five times to get it right.”

Despite the emphasis on traditional technique and exquisite fit, El Chikh and the Dall’arches are keen to keep retail prices as low as possible. Sweatshirts and polo tops start at €150; an a-line skirt with a martingale back is €210; silky dresses are between €250 and €350; and the most expensive items are the Korean wool-stretch coats, which go up to €850. “We want to continue working with these ateliers and also source fabrics that feel luxurious,” reasons El Chikh, “ but it can be difficult.”

The label has garnered little attention other than from buyers, many of whom just placed their orders now that its exclusive is over. “E-commerce is really important to us, too,” he adds. “We like this direct interaction with our customers – people who bought things from the first collection are coming back to us.”