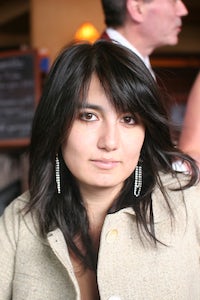 Garage, which was launched by Zhukova in London in 2011, will move its headquarters to Vice’s offices in Williamsburg, Brooklyn, where both La Force and her team — which will include a number of new writers and editors covering art, design, fashion and architecture — will be based. “I think my new role will require me to be even more present,” Zhukova told BoF. “I’ll be support for Thessaly and hands-on editorially, but I’ll be also be thinking about the growth of the business, development and long-term strategy.”

A rising editorial star, La Force has made a name for herself with thoughtful cultural commentary for publications like The New York Times and The New Republic. She joins Garage from Travel & Leisure, where she was a senior editor. She has also held staff positions at The New Yorker, The Paris Review and American Vogue. “Thessaly has an impressive editorial background that brings together art, fashion and design,” added Zhukova, who has relocated to New York to oversee the project. “She has the ability to intelligently communicate cultural trends to a mass audience.”

“As soon as I met Dasha Zhukova, it was clear that this was what my editorial career was building towards,” said La Force. “I'm thrilled to be here as Garage turns a new page with Vice. It'll be very exciting to see what we can do next, and how we can make a magazine in this digital space where fashion, art and design intersect."

While New York will now be the centre of Garage’s operations as it readies itself for relaunch as a digital channel within the Vice ecosystem, its fashion team will remain in London, where stylist Phoebe Arnold, a protégé of Katie Grand, is joining the company as fashion director. London-based stylists Charlotte Stockdale and Katie Lyall of brand consultancy Chaos Fashion will become creative directors-at-large.

The moves foreshadow the scale of the ambition Vice and Zhukova have for Garage, which they hope to transform from a biannual print publication into a multi-platform media brand with a significant digital, video-driven footprint. “[The partnership] allows [Garage] to grow our digital presence in ways that were previously not possible,” said Zhukova. “It’s a matter of time, resources and know-how.”

The Russian-born Zhukova — who founded the independently run Garage Museum of Contemporary Art in Moscow in 2008 and is married to Russian oligarch Roman Abramovich — also launched a Russian-language edition of Garage in 2013, although there are no current plans to launch additional international editions. “I think we’ll see how it goes, but there are no plans for the moment,” she said. “We’re figuring out exactly how everything integrates, working closely with other verticals.”

Vice’s interest in Garage continues the company’s strategic push into fashion, which began in December 2012 with the purchase of British youth culture and style bible i-D. Vice has since transformed i-D into a digital video brand with an online audience of over 9 million unique users per month, up from under 200,000 at the time of the transaction. In July, Vice also acquired a majority stake in Starworks Group, a brand development, communications and creative agency specialising in the fashion and beauty industries.

But interestingly, Garage sits at the intersection of fashion and contemporary art, a once rarified industry that, following a trajectory not completely dissimilar to fashion, is attracting increased public attention and, to some degree, merging with wider popular culture. It helps to explain why the entertainment conglomerate WME-IMG, run by Hollywood superagents Ari Emanuel and Patrick Whitesell, acquired a stake in Frieze, the prestigious art fair and publisher, in April.

“Our strategy is to build a global platform where the world’s most interesting creators of art and fashion can tell stories that connect to people, that will inspire, that they will enjoy,” said Andrew Creighton, president of Vice, on the long term plan for Garage. “If we get that right then we have done our jobs and perhaps we can break down some industry barriers to change whilst we do it.”

Vice has raised funding from other media and entertainment companies including A+E Networks, 20th Century Fox and Walt Disney, which last year doubled its stake to $400 million, valuing Vice in the ballpark of $4.2 billion to $4.5 billion, according to market reports.