OXFORDSHIRE, United Kingdom — On day two of BoF VOICES, guests heard about the opportunities presented by new and emerging markets, while they were challenged on the fashion industry’s role in perpetuating a lack of inclusivity.

The audience of senior executives and creatives got the inside-track on the rapid evolution taking place in the massive Chinese market. Joann Cheng, chairman of Lanvin parent company Fosun, highlighted the growing importance of China’s second and third-tier cities as an engine of growth. Already, more than 60 percent of Chinese consumption comes from areas beyond the country’s top 19 cities, Cheng said.

Consumers in these second and third-tier cities have more disposable income than peers living in more expensive areas, as well as more time to shop, spend and read and write reviews on social platforms. It’s a huge opportunity.

“We saw a lot of fast fashion brands like H&M and Zara and Uniqlo already open stores in tier two or three cities,” Cheng said. “You won’t be very surprised if in the near future Louis Vuitton or Chanel or Gucci open in smaller cities.”

Understanding the Chinese market must be a continuous effort.

That evolution is hardly a surprise in a market where the moment you stand still, you get left behind.

“Within one year, the changes are enormous ...  flexibility and agility are so important,” said Liang Chao, the founder of Chinese youth media, e-commerce and event platform Yoho! His advice to international brands seeking to grow in China was simple: know your market.

“The way consumers work is completely different in the West. If a brand is popular last year, it does not mean it will continue to be popular this year. Understanding the Chinese market must be a continuous effort,” he said.

But alongside the new opportunities they highlighted, speakers challenged the fashion industry on its shortcomings, particularly on diversity and inclusion.

Towards a Better Future

Such issues are not limited to the fashion industry alone. Throughout the day, speakers shared emotional experiences that touched on many of society’s biggest and most deeply rooted problems, but also offered hope for change and solutions.

The time has come to completely de-gender the fashion and beauty industries.

Indian social activist and lawyer, Trisha Shetty, spoke of her experiences battling to defend human rights in the face of horrific abuse, including the rape of children. 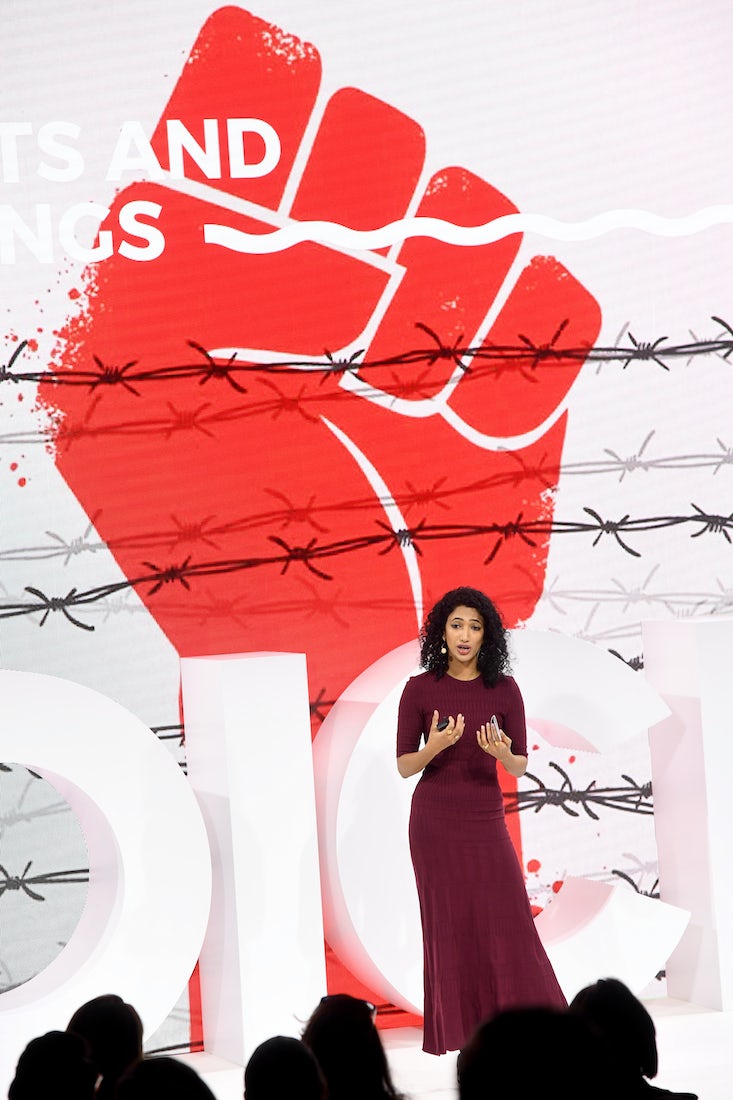 Shetty founded SheSays, a non-profit organisation working for gender equality through youth and civic-society engagement, in 2015. In battling injustice, Shetty has faced pushback and abuse, including from powerful figures in politics and religion, but she has found the resilience to persevere.

“Showing up really, truly makes a difference … I can deal with the bullshit and the trolling and the threats, knowing that when you do show up, it makes a difference,” Shetty said, calling on the audience to do its part too. “Right now we’re leaving too many people behind and we all need to do better.

Later in the day, entrepreneur Dan Doty raised uncomfortable questions about the damaged state of masculinity and its negative impact on the world. “There is a global epidemic of violence at the hands of men,” said Doty. “Is masculinity toxic? Are men bad? Just from the data, maybe.”But Doty has developed a different hypothesis: “hurt people, hurt people.”

In 2016, Doty founded Evryman, a company that organises meetings and retreats to help men connect with their emotions. Since then, it has spread across the globe, creating a forum for healing and self-expression often denied to men in more traditionally gendered settings.

"Healthy men do not purposefully hurt people; they love, they give and they serve," Doty said.

While offering hope for the future, the speakers sent a clear message to the fashion industry: embrace inclusivity, or risk irrelevance.

“We are not a trend, we are not a moment; we are a movement,” Menon said. “Gender neutrality is not the death of fashion; it is the renaissance of fashion.”

To learn more about VOICES, BoF's annual gathering for big thinkers, visit our VOICES website, where you can find all the details on our invitation-only global gathering.

What can the Fashion Industry Do to Be More Inclusive