As founders Christine Centenera and Josh Goot launch their third collection of essentials, available only in packs, they remain steadfast in their retail model. 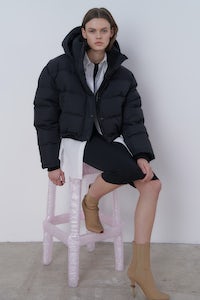 As founders Christine Centenera and Josh Goot launch their third collection of essentials, available only in packs, they remain steadfast in their retail model.

NEW YORK, United States — Australian Vogue fashion director Christine Centenera isn’t one of the most well-known names in fashion, but odds are you know her style. As a former consultant on Kanye West’s Yeezy line and now stylist at Louis Vuitton under men’s artistic director Virgil Abloh, among other projects, she’s helped craft the images of some of the most influential people in popular culture.

So when Centenera quietly launched her own minimalist direct-to-consumer line for men and women at the end of 2017 with her partner, Australian designer Josh Goot, the industry took note, and not just because of the clothes.

Wardrobe NYC operates on an unusual retail model: small collections are available to buy online only in packs of usually four and eight pieces, ranging in price from $500 to $3000.

While there is a long history of brands boasting that they offer a complete uniform — see Donna Karan’s seven easy pieces collection from the 1980s or, more recently, Outdoor Voices’ OV Kits — few force customers to buy it all or not at all. 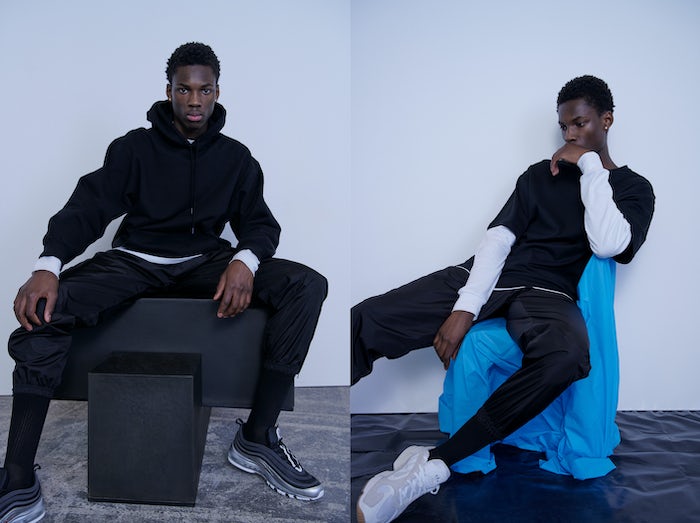 “We still get lots of emails from people saying, ‘Oh, can I just have this one piece?’” said Goot.

He and Centenera say the business model helps keep costs down — getting more value out of their fabrics, helping predict inventory — while manufacturing in Italy with Italian fabrics.

This week, Wardrobe NYC is releasing its third set of pieces — streetwear staples including puffers and hoodie sweatshirts — and plans to increase the frequency of new deliveries in 2019 to at least three collections before the year’s end. (Last year, the brand released two.)

The brand’s first pop-up is opening in New York's Soho neighborhood on Tuesday. And the business just raised $1.5 million from Farfetch’s José and Daniela Neves via Cecilio Neves Ltd, a “small family vehicle” for investing in American startups, according to Daniela, who told BoF that she and her husband are Wardrobe NYC customers “from day one.” (Goot and Centenera also raised another $1.5 million from family and friends in 2016 to kick off the business.)

Goot said e-commerce retailers have expressed interest in selling Wardrobe NYC’s collections to date — even pieces that have been available for sale for over a year. But that would mean offering the pieces individually, and the founders are still weighing it over.

“We have something special that we don’t want to break,” he said. “Then we become just like any other fashion business,” added Centenera.

Plus, they still have more to learn about maximising their business model. There are clear signs that the consumer sees value in buying luxury fashion in bulk: the company’s average order value is over $1,300; their return rate is 15 percent (e-commerce companies usually see around a 30 percent return rate). And for the debut collection of tailored pieces (blazers, trousers, t-shirts, knits), the eight-piece bundle ($3,000 including US shipping) proved to be twice as popular with men’s shoppers as the four-piece collection.

Goot and Centenera have learned some valuable lessons about how to bundle their pieces. The women’s eight-piece collection from the first release also sold better at first, but as more consumers reached out for one specific piece — the front zipper hem leggings, not initially available in the lower-price four-pack — Goot and Centenera decided to switch out the components. Sales immediately started to pick up, said Goot. 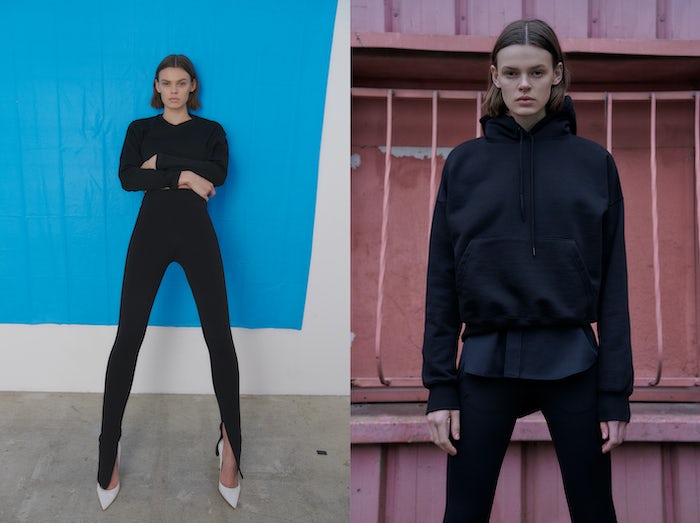 Another lesson came with the second collection of sportswear, which went on sale seven months after the debut collection, and included an exclusive collaboration sneaker with Adidas. They initially offered the collection of bike shorts and windbreakers as only one 10-pack option, but it wasn’t selling as well as they hoped. So Goot and Centenera added a smaller kit option of five pieces that was more accessible for the younger, sneaker-crazed demographic. Again, sales picked up.

Initially, Goot and Centenera also planned to retire each release before introducing the next one, but new interest in the brand during the second release brought them new customers. So they started producing the first release again. “We didn’t anticipate the collections would have such a long-tail sales life,” said Goot.

All three collections — tailoring, sport and streetwear — will be available at the new pop-up, where Goot and Centenera hope customers will be able to experiment with how style it all together. Logo-free and available in mostly black as well as white, the pieces are easy to mix and match and reflect how people dress today, said the founders.

“It positions us as an ‘always on’ wardrobe solution lifestyle offering for this discerning urban individual,” said Goot. “That’s not in the market.”

Goot is very focused on protecting Wardrobe NYC’s unique retail model because he knows the pitfalls of following the traditional fashion system. He launched his namesake line in Australia in 2005 and debuted at New York Fashion Week two years later. But in 2015, he filed for voluntary administration, citing “well-documented difficult trading conditions in the fashion industry.” The brand survived and he moved it to New York in 2016. But when he had the idea for launching a wardrobe brand with Centenera, he decided to shutter his brand and go all in.

“I don’t think I would have come to this had it not been for the experience with my other label because I knew very well what some of the flaws were and, just to honest, the impossibility of running a business like that,” he said, citing wholesale accounts and big product development cycles as things that doom a designer fashion business.

As for Centenera, she said it feels like a luxury to focus on designing such an edited group of items. She sees it as providing a solution for people, not unlike her styling work for individual clients.

Maybe you might not think to buy a skirt like [the one in the first collection], but in a way you’re being made to,” she said. “People are really hungry for something new.”