NEW YORK, United States — When Kate Wendelborn left her post as creative director at Protagonist (the in-house label at luxury lifestyle store The Line) in May 2015, she had already planned her next move. Within six months of her departure, Wendelborn had launched a womenswear label from her Brooklyn studio, instantly attracting 21 stockists in its first season, including 10 Corso Como, SSENSE, and Moda Operandi.

Brooklyn is a long way from Milwaukee, where Wendelborn grew up and studied journalism at the nearby University of Wisconsin-Madison. It was there in the early 2000s that she got the opportunity to study fashion. "At the time, my university had a transfer programme with The Fashion Institute of Technology in New York, so I moved to a fashion design programme there,” she recalls. “I've always been creative, artistic and very hands-on." 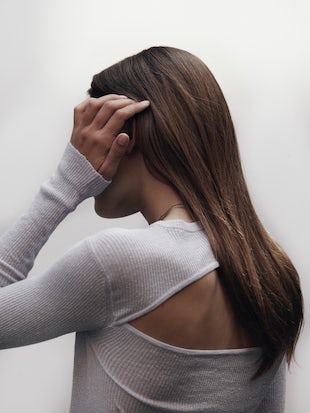 During the year-long programme at FIT she learned pattern-making and draping. On graduation she started interning, and later freelancing, for designer and stylist Victoria Bartlett on her sporty ready-to-wear line VPL, where she worked for four years. "I wanted to see all the parts of the business from sampling, designing and production to fittings, marketing and ordering fabric," says Wendelborn. "My giant plan was to tick off all the boxes and be able to walk away and do it all myself at some point."

In the autumn of 2012, she did just that, launching ready-to-wear label Protagonist with her sister Morgan and their friend Chris Ryskiewicz. Wendelborn led the creative direction and design for three years, growing its wholesale distribution to 25 stockists, including Net-a-Porter and Barney's. “I built Protagonist like it was my own. Leaving it was based on a decision to do something more independent and niche," says Wendelborn.

Wendelborn launched her namesake company in September 2015 with a tightly-edited collection of cashmere and silk knits (retailing for between $390 and $1,700), and cotton and wool t-shirts ($120 to $240) — all featuring the brand's signature visible construction. "Something that's always been important to me is the idea of collecting things. I want the garments to look like it's the only one [of its kind] and for it to feel very authentic. The way I structure my collections, the items look like you've gathered them over the course of your life," says Wendelborn, who continues to offer a small selection of hand-knit seasonal sweaters ($1,300 to $1,700) produced by an external team in New York. "Everything I do has my hand to it. To include this kind of handwork and something that's labourious and shows process is always important to me," she adds.

Real women can say something is fashionable both in high and low.

Wendelborn declined to share sales revenue but expects to achieve revenue growth of 60 to 80 percent by the end of 2017, with her number of wholesale stockists projected to hit 35 for the Autumn/Winter 2017 season. Wendelborn also plans to introduce e-commerce in early February, as a way of directly communicating with customers. "Our website and Instagram will be the main drivers of both sales growth and brand awareness, launching [the website] will make it even easier to tell our brand story," she says.

But with the brand's development, production and marketing currently all being run by Wendelborn and business partner Ryskiewicz — who holds equal equity in the company — the designer remains cautious of scaling the business too fast. "When you start something again, you don't pick up all your old patterns and studio and start up fresh, you have to gather all your resources again, so if you grow too quickly it flies off the wheel," she says. 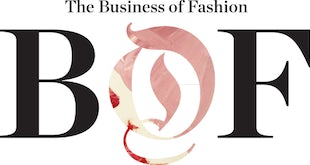 For this month's Spotlight, Wendelborn has designed a custom BoF logo reflecting the brand's interest in experimental colour palettes. "I am interested in exploring colour in a sophisticated, artistic and elevated way, as opposed to flashy, juvenile and easy prints and colours."

Next month, Wendelborn will show her third collection — for the Autumn/Winter 2017 season — during New York Fashion Week at the News showroom, in which she will introduce new product categories including outerwear, tailoring, dresses and leggings, building upon her existing knitwear and t-shirt range. "My goal is always to have a full wardrobe. I'm a kind of designer that needs to tell a powerful story and I can't do that in only one category. I need something to build a lifestyle about,” she says.

"Real women can say something is fashionable both in high and low. They have a wardrobe that has variety to it and is eclectic," she adds. "I think there's an opportunity to be a very successful legitimate brand for mature women that don't necessarily go through the typical channels."