On New Year’s Eve in downtown Los Angeles, Nordstrom Rack was crowded with shoppers looking for deals. At this off-price retailer, like many others, products from a veritable who's who of American designers were marked down to the nth degree in the post-Christmas sales. Front-and-centre were Marc Jacobs, Michael Kors and Calvin Klein.

Of course, precious few shoppers at Nordstrom Rack have heard of Raf Simons — the designer hired by Calvin Klein owners PVH to energise and elevate the brand, steering it away from off-price outlets like this — let alone that he was recently fired because his product wasn’t selling. Despite increased sales of low-end Calvin Klein products at stores like Macy’s, overall revenue at the brand was up just 2 percent in the third quarter to $963 million and PVH shares are down 35 percent in 2018.

Calvin Klein’s radical Raf Simons experiment, which gave the conceptual Belgian designer total creative control over everything from clothes to marketing, had failed. PVH had seen both the stagnation of Ralph Lauren and the success of Gucci and hoped that Simons could help Calvin Klein emulate the latter, becoming the American label’s answer to Alessandro Michele, whose radical reinterpretation of Gucci had attracted a new generation of fans — especially Chinese millennials — and generated billions of dollars in sales in the process.

While Calvin Klein was performing well, thanks in part to its savvy #MyCalvins campaign, which lassoed user-generated content together with shots of Justin Bieber and other celebrities, its ready-to-wear collections were failing to generate commercial heat. The brand needed to boost product innovation to avoid going stale in a market thirsty for newness at the speed of Instagram. PVH chief executive Emanuel Chirico hoped a jolt from Simons, who was given the title of chief creative officer, could help turn Calvin Klein into a $10 billion business.

“There is increasing pressure on creative directors to produce transformative brand revivals of the kind Kering brands have been capable of in the most recent years: Gucci under Alessandro Michele, Saint Laurent under Hedi Slimane, Balenciaga under Demna Gvasalia,” explained luxury analyst Luca Solca. “Of course, if this was easy, everyone would be a star, hence the increased churn at the top. Raf Simons at Calvin Klein is another example of this trend.”

The experiment failed in part because Simons wasn’t right for Calvin Klein, but also because Calvin Klein isn’t Gucci. Gucci is a luxury brand that does not, and probably never will, sell underwear at Macy's ... or Nordstrom Rack. What’s more, Gucci has a sizable ready-to-wear and leather goods businesses, the infrastructure to deliver desirable luxury-level product and a clear link between the halo the house creates on the runway and its wider brand marketing strategy.

Meanwhile, at Calvin Klein, Simons was almost starting from scratch. Calvin Klein Collection, the line designed by previous women’s ready-to-wear director Francisco Costa, was sold at about 30 stores globally. It was considered a marketing expense, aimed at generating favourable media coverage, and yet had little to do with successful brand marketing campaigns like #MyCalvins.

PVH hoped that Simons would help to unify the approach, but the designer had no experience in marketing and his vision was at odds with the sexualised minimalism at the core of the Calvin Klein brand. It’s no surprise that, about year and a half into his tenure, PVH began stripping him of his marketing duties, installing former L’Oréal executive Marie Gulin-Merle as chief marketing officer, reporting to directly Calvin Klein chief executive Steve Shiffman.

So, what should Calvin do next?

Reverting to incremental creative evolution is certainly one option. But in a competitive and fast-moving market, this may be too little to break through the clutter and the brand would risk further stagnation. It could certainly try bringing in another designer for another radical, make-or-break experiment à la Gucci — perhaps somebody more in tune with the aesthetic and ethos of Calvin Klein. But another failure could have devastating consequences.

There is a third way. Solca calls this the “capsule” approach. “It harnesses the wild innovation of a make-or-break charge but confines it to carefully targeted parts of a collection, while the rest of the offering evolves along an incremental path,” he explained in a column last year. Louis Vuitton’s blockbuster menswear collaboration with Supreme in 2017 is a prime example of this strategy at work. At Calvin Klein, this could be achieved in a series of partnerships with exciting young American designers, like Zoe Latta and Mike Eckhaus from Eckhaus Latta, for example.

Of course, Calvin Klein could also do away with its runway concept altogether. Sure, staging ready-to-wear shows can still drive significant PR, as was the case with Simons’ shows for the label. But is the runway really the right vehicle for building buzz for a brand that is far better known for its provocative marketing of denim and underwear than its luxury ready-to-wear?

The brand's eponymous designer, Calvin Klein, who retired in the early 2000s, had some thoughts in 2016: “The really smart retailers — Europeans like Zara, Asians like Uniqlo — they're not using the word luxury, but I can tell you, I know denim really well, and the same denim that Uniqlo uses is $1,000 in a designer store on 57th Street.” Could a shift away from its luxury pretensions pay off for Calvin Klein?

Amazon recently said the brand’s clothing and accessories were among its top sellers over its record-breaking holiday season and that Calvin Klein was one of the top apparel labels for all of 2018 among Amazon Prime customers. Ruling Amazon might not be what Calvin Klein set out to do when he founded his brand more than 50 years ago, but it very well might have been his aim today. 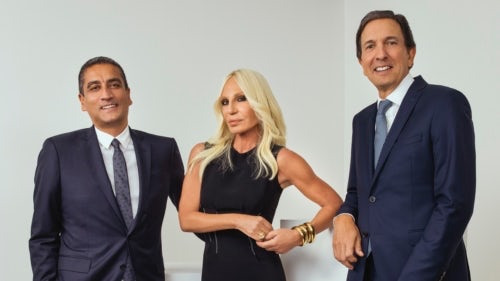 Michael Kors finalises Versace acquisition, changes name to Capri Holdings. Following the September 2018 announcement of the Versace acquisition for over $2.1 billion, the American conglomerate has completed its takeover. The addition of Versace to its portfolio coincides with the group’s decision to change its name to Capri Holdings, starting January 2. Capri, whose New York Stock Exchange ticker symbol is now CPRI, is projecting $8 billion in annual sales.

US and UK retailers boosted by strong holiday sales. Sales in the 2018 US holiday shopping season rose 5.1 percent to over $850 billion, the strongest in six years. In the UK, retailers on edge after Asos's sales forecast cut discounted heavily in the days ahead of Christmas. John Lewis said sales in its department stores rose 4.5 percent in the week ending December 29, boosted by strong demand on Christmas Eve. Clothing retailer Next saw strong sales before Christmas after a disappointing November, but still trimmed its 2019 profit estimate. 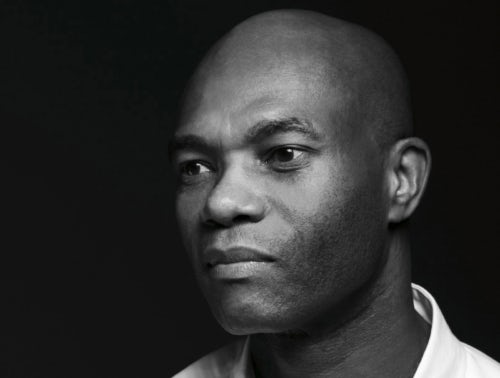 Joe Casely-Hayford OBE has died aged 62. The British designer was a vanguard of modern British style, breaking the boundaries of bespoke tailoring by incorporating elements of street style. He founded his namesake label in 1984, five years after graduating from Central Saint Martins, and quickly garnered international acclaim. His label was donned by rappers and prime ministers alike and his career spanned four-decades.

Five models accuse Bruce Weber of sexual misconduct in new lawsuit. Five male models have come forward to claim that the photographer Bruce Weber exploited or sexually assaulted them. The complaint calls Weber a 'serial sexual predator' and alleged that he touched the five men and insinuated that he could help their careers if they complied.

Blake Nordstrom dies at 58. His passing comes less than a month after disclosing he was undergoing chemotherapy for a treatable form of lymphoma. Nordstrom was sole president of Seattle-based Nordstrom Inc. for 15 years. In 2015, the company named his brothers, Peter and Erik, as co-presidents, while he remained the public face of the company for shareholders in the absence of any chief executive officer. Like his brothers, Nordstrom spent his adult life at the company, starting as someone who swept floors and restocked shelves.

Condé Nast’s UK titles swing to a loss. The publisher of British editions of Vogue, GQ and other magazines reported a $17 million loss in 2017, offering a glimpse into the challenges faced by Condé Nast as it prepares to merge its US and international units. The publisher's annual report attributed most of the loss to “exceptional items” related to staff reorganisation and investments in digital platforms.

Instagram backpedals on horizontal scrolling. Instagram — the fashion industry's social media platform of choice, thanks to its ability to build fandoms and drive business for emerging brands — changed how users viewed their feeds last week, forcing them to swipe left or tap through horizontally rather than scroll vertically. Users went immediately expressed dissatisfaction on social media and Instagram quickly reverted back to its original scrolling feature. According to Instagram chief Adam Mosseri, the new feature was a “test” that was widely released by mistake.