This week, MatchesFashion edged closer to a deal to sell a majority stake in the company to private equity firm Apax Partners. The news follows reports of a fierce bidding war for the luxury e-tailer, which attracted interest from Apax, Bain Capital, KKR and Permira, pushing the company’s valuation per the terms of the deal from £650 million up to £800 million, or about $1 billion.

MatchesFashion is profitable and growing fast. In 2016, the company’s revenue surged 61 percent to just over £204 million, while EBITDA hit £19 million, nearly six times more than the previous year. But a $1 billion valuation puts the company’s EBITDA multiple at about 42 times, very high for a business with a traditional wholesale model that is challenging to scale. The e-commerce arm of London boutique Browns, for example, never managed to grow to the same scale. There is little doubt that competition among multiple bidders in a luxury e-commerce market that’s bubbling with activity — from LVMH’s long-awaited return to multi-brand e-commerce with 24 Sèvres, to the coming IPO of platform player Farfetch — has contributed to the high price tag.

Still, MatchesFashion may be worth it.

For one, the market fundamentals are highly positive. Luxury e-commerce is growing fast. The portion of personal luxury goods purchases that happen online — now about 8 percent — is expected to hit about 25 percent by 2025, according to Bain & Company. Indeed, in the coming years, much of the industry’s growth is expected to come from digital sales.

What’s more, MatchesFashion founders Tom and Ruth Chapman have built a unique asset. Over the last five years, the couple have combined their talent as merchants with a willingness to break the rules of traditional retail to transform a collection of brick-and-mortar stores in London into a global e-commerce business that has flourished in a highly competitive space, as similar ventures like My-Wardrobe and Style.com failed.

Above all, retail is about good product, and MatchesFashion has developed a buying strategy with a unique point of view, setting the company’s offering apart from the blander buys of its rivals, especially major department stores which have become increasingly undifferentiated. When it comes to logistics, the company has also done the hard work of mastering global distribution and continues to innovate with services like 90-minute delivery in central London. The result has been a business with a trusted brand and a high-quality customer experience — something that is not easy to replicate.

And yet there’s no getting away from the disadvantages of MatchesFashion’s wholesale model, which comes with significant inventory risk and high working capital requirements. Perhaps that’s why the company is bringing increased focus to its successful private label Raey, which offers consumers a compelling price-to-quality ratio and comes with far better margins than wholesale.

The Apax deal could be announced as soon as today, though market sources cautioned that a last-minute counterbid from a rival private equity firm was still possible. When all is said and done, whoever manages to snap up MatchesFashion will be well positioned to benefit from a luxury e-commerce market that is set to grow rapidly in the coming years, providing a bright spot in an otherwise uncertain luxury market.

Meanwhile, the Chapmans — along with investors Scottish Equity Partners and Highland Capital Europe, to whom they sold a minority stake in the business in 2012 for £32 million — are set to reap a handsome reward.

Updated 5:15pm GMT on 1 September 2017: Private equity firm Apax Partners has acquired a majority stake in MatchesFashion at a reported $1 billion valuation. The company's founders, Tom and Ruth Chapman, as well as existing venture capital backers Scottish Equity Partners and Highland Capital Europe, will retain minority stakes in the business. The transaction is subject to customary closing conditions and is expected to close in Q4 2017.

Galeries Lafayette to acquire majority stake in La Redoute. The French luxury department store group is set to acquire a 51 percent stake in the e-commerce retailer for an undisclosed sum, with ambitions to acquire the entire La Redoute business; the move would make it the leading player in the French apparel market in terms of revenues. La Redoute currently boasts €750 million in annual revenues and has 9 million unique monthly visitors. The acquisition is the latest in an aggressive omnichannel push for Galeries Lafayette, amid competition from LVMH-owned Le Bon Marché and its new e-commerce venture 24 Sèvres.

Jimmy Choo profit triples ahead of Michael Kors takeover. The luxury shoemaker reported pre-tax profit for the half year of $23.4 million, compared to $8.5 million last year. Revenue for the period rose 4.5 percent to $260.5 million. The rise was attributed to the company’s retail and licensing businesses, as well as demand for its men's offering. Two months ago Michael Kors agreed to buy Jimmy Choo for $1.2 billion, as part of a broader ambition to build an American luxury group — and find new drivers of growth.

Under Armour shares fall after Kevin Durant says players don’t like its sneakers. The sportswear company sank more than 3 percent after the NBA star told a podcast: "Nobody wants to play in Under Armours ... The top kids don't because they all play [in] Nike." Durant, who has an endorsement deal with Nike, spurned an offer from Under Armour in 2014 that was reportedly worth as much as $285 million. Under Armour shares have fallen 44 percent since the start of the year. Last month, the company said it would be cutting jobs and closing stores.

Hudson’s Bay shares rise on promise of strategic review. The owner of the Saks Fifth Avenue and Lord & Taylor chains spiked as much as 14 percent after Reuters reported the company is reviewing its strategic options. The company, which has already hired an investment bank in response to pressure from activist shareholder Land & Buildings, apparently plans to hire an additional financial adviser to conduct the review. The restructuring plans come as department store retailers across the US are closing outposts and reducing their payrolls as shopper traffic to malls declines.

Victoria’s Secret is to take its annual fashion show to China. The lingerie brand’s made-for-television spectacle will take place in Shanghai on Tuesday November 28. The model line-up will include Gigi and Bella Hadid alongside longstanding Angels Adriana Lima and Alessandra Ambrosio. The 2017 show will also mark the return of Karlie Kloss. Victoria’s Secret has been struggling lately to connect with younger consumers. Same-store sales plunged 14 percent last quarter, a deeper drop than the 12 percent decline predicted by analysts.

Estée Lauder denies takeover rumours. William Lauder and Fabrizio Freda, executive chairman and chief executive of Estée Lauder respectively, denied that the company was being sold in an internal memo to staff on Sunday after a report that Procter & Gamble was interested in acquiring the company. This week, Estée Lauder was also hit with a lawsuit from the US Equal Employment Opportunities Commission alleging that it discriminates against new fathers: the company’s parental leave policy allows new fathers to take two weeks of paid leave, while new mothers get six weeks.

LVMH announces €60 million theme park renovation. The French conglomerate plans to turn Paris’ Jardin d’Acclimatation into one of France’s top three amusement parks. LVMH holds an 80 percent stake in the park in partnership with theme park and ski resort developer Compagnie des Alpes, and has managed the park since 1984. The renovation will boast 17 new attractions and is expected to raise visitor numbers to three million by 2025. If successful, Jardin d’Acclimatation would rank higher in popularity than Parc Asterix, but would remain behind Disneyland Paris. 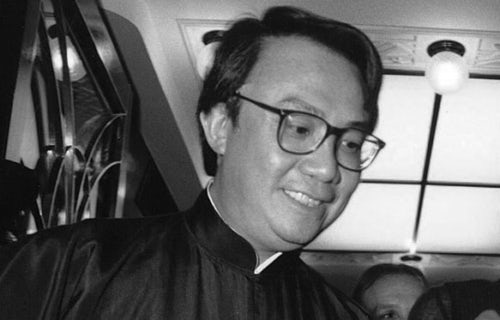 Shanghai Tang founder David Tang has died. Tang, who founded the luxury clothing company in 1994, successfully turned his namesake label into a global brand before Richemont took a controlling stake in 1998. The businessman, known for his satirical sense of humour as a Financial Times columnist, had reportedly battled liver cancer for some time. Richemont sold Shanghai Tang in July to Italian entrepreneur Alessandro Bastagli for an undisclosed sum.

Tiffany taps Steven Meisel for new fragrance film campaign. The video features models Vittoria Ceretti, Julia Nobis, Achok Majak and Georgina Grenville lip-syncing to a new rendition of the Beatles classic “All You Need Is Love,” sung by St. Vincent. The fragrance — released in partnership with Coty — will be distributed in 7,000 international stores and marks the first time the jeweller has teamed with a retail partner on a global launch.

Inditex founder is number two on the world’s rich list. Amancio Ortega is the newest challenger to Bill Gates’ position as the richest person in the world. The Spanish retailer is Europe’s wealthiest person, and is now only $2.2 billion behind the Microsoft Corp. co-founder with a net worth of $83.3 billion, according to the Bloomberg Billionaires Index. Amazon.com founder Jeff Bezos, 53, who held the top spot briefly last month, is ranked number three with $82 billion. Ortega’s fortune has risen 117 percent since the 2012 debut of the Bloomberg index.

Thai online retail booms as e-commerce giants compete in region. Online sales are up by more than 100 percent, as estimates suggest internet retailing in the country could be worth $65 billion by 2020. The rise in e-commerce has been attributed to faster internet speeds. While online sales in Southeast Asia have been growing, they still account for less than 4 percent of overall retail purchases. China and South Korea have higher online retailing rates of 16 percent and 18 percent respectively, highlighting the Southeast Asian potential, where e-commerce sales could account for 5 to 10 percent of retail purchases in the next five years.