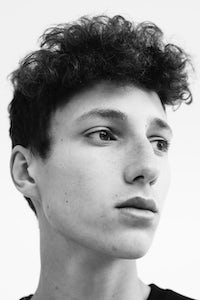 PARIS, France — Adolescence is not an uncommon subject in fashion photography, but while the bold energy of youth inspires most fashion photographers, Willy Vanderperre’s strength is in his ability to discern nuances in this energy, balancing isolation with openness and coldness with fragility.

It is this strength that has seen him rise through fashion's ranks along with stylist Olivier Rizzo, make-up artist Peter Philips and designer Raf Simons, succeeding the Antwerp Six as the new tight-knit group of peers and friends to come out of the Royal Academy of Antwerp and remodel the fashion industry to their revolutionary image.

In person, Vanderperre is a warmer presence than one might expect from his work; his clothes (black Thrasher polo, Puma sneakers and jeans) a seamless mix of a photographer’s discretion and the now ageless signifiers of youth.

We met at the Shangri-La, a Parisian hotel of orientalist luxury, and an ill-fitting background for discussing the creativity of rebellion. As we spoke, his phone slipped out of his front pocket, breaking both our glasses and puncturing the silence of the lounge. He laughed, and you could tell that despite being an international star, this was a moment for Vanderperre the New Wave teenager who rebelled quietly — not enough to purposely break a glass, but enough to secretly enjoy it.

Alexandre Saden: The city of Antwerp seems to have been twice a very fertile ground for a generation of creatives, with the Antwerp Six and then with you, Raf Simons, Olivier Rizzo and Peter Phillips. What do you think made this city such a starting point for this type of movement?

Willy Vanderperre: It’s the most crucial question, but I wouldn’t know exactly what the answer would be. I think it’s a nice city, it’s a nice small city.

Belgium is extremely small. From the French border to the Dutch border, it would take you an hour and 45 minutes. That’s I guess the same time a student would take from St Martins to get home. So everything is very condensed.

Music and nightlife are very important. That is where it all starts. It starts with art, it starts with creativity, and young people who love music and they love to go out. And you need it [to] be like that, Antwerp in my time was like that. 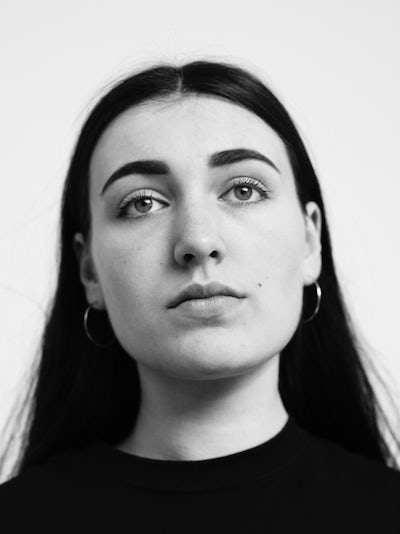 WV: You felt that every night you could go out, and you could have a party. That’s always good. It’s about where the music, where the nightlife, where the arts are at that point. If you have a little, condensed group of people that have the same mindset, something will happen. It will attract other people.

AS: Why do you think it is so valuable to being surrounded by this type of group?

WV: It’s about being with like-minded people, with people you believe in. It’s always difficult as a loner to stand up and to cause a revolution, so if you bring people together you create an energy, people that just trigger each other, and that is very important. And then your community grows, it can only grow and expand from there.

On the other hand, I am also a believer in people who go slowly, steadily, as loners. If the work is great, it will get noticed. I still believe in that 100 percent. But as a group sometimes it is also nice to just be around peers, to have conversations, to do stuff together. It is nice to share. There is nothing wrong with sharing what you do and who you are.

AS: You seem to come back to images of youth quite often. Why?

I am always attracted to it because it is such an important period for somebody. It’s where you start to challenge yourself, but it is also where you start to really know yourself, because you ask important questions. You have to get away from everything that is really innocent, you have to give a little bit of your childhood away because you are going to a bigger school, you are treated in a different way because you become this other person in their eyes, and nobody has ever taught you who you were meant to be.

There’s something very beautiful, and especially honest, about the look in somebody’s eyes then, because there is a fragility that appears. A sense of fragility, of doubt, of anger, of suppressed anger, there is something so important in what is happening in their eyes and in their way of being. Also, if you see someone at 17 or 18, and you see them again a year later, it’s a different person. It is nice to just capture those moments.

I am a guy who lives from obsession to obsession, and there are these persons that I carry with me, that I come back to. You can see them at different ages in my pictures, and that is so special. That is how you create a connection, and the emotion you try to search for. You become a bit of a family.

AS: You recently started working with film. How has that been?

WV: I’m super excited! It’s a thing I’ve been working on for quite a bit, I started Naked Hartland more than five years ago and it’s finally out. It’s a whole different ball game and it’s so different as a medium. I specifically wanted to have director of photography. And Nicholas Karakatsanis was the one that was perfect. It is weird but enriching to have somebody who is also a photographer, next to you, it brings a different energy on the set. An interesting one, you start an open discussion, you discuss the image, its light.

AS: Something that is common to both film and fashion photography is this need to work as teams. As a fashion photographer you have to constantly work with stylists and designers. How do these relationships evolve over a long period of time? When you work with someone for many years, is there a different energy on set?

WV: Of course. I think that’s the nice thing about it, and in that sense it’s exciting. There’s an ease to it and at the same time it’s the most difficult thing in the world. It is difficult because if you have a long-term relationship, you need to prove yourself way more, you need to impress them all the time.

AS: So you have to impress them?

WV: Yeah! You have to push yourself way more, so it gets more and more difficult. The nice thing about it is that because there’s an understanding, they understand where you come from, the image, the emotion, the thought, that atmosphere that you want to create. So in that way it’s easier, but it’s also extremely difficult.

AS: Working in the fashion world also means learning how to navigate it, between agents, stylists, casting. How do you think a photographer can best do that?

WV: As a photographer you most likely will have an agent. First, you want to establish an open and honest relationship with that person. You have to connect with them, so it can be a search to find one where that happens.

With stylists it’s the same thing. It’s trying to find like-minded people. You have to explore different visions and personalities, and just find which one you can connect to. At the end of the day, if you’re committing to working together, it has to be something lasting. In that sense, I’ve always been very consistent with the people I work with.

Back to agents, I remember at the beginning, when I first started I was so naive. I just called magazines. We, Olivier Rizzo and Peter Phillips, did this Sunday afternoon shoot in our living room, and I would just call magazines.

AS: You just called them?

WV: Yeah, we were just like: “Hey, I have this shoot for you, and trust me and you’re really going to want to publish it.” It was all very naive. To the point that I called a magazine, and the person on the phone asked, “Do you know who you want to speak to?” and I said, “Of course, I wanna do this shoot for you guys,” and they said, “I think you should go speak to your agent first.” That was when I thought: okay maybe now’s the time to go and search for an agent, which I did.

But agents are a necessity nowadays, you just have to find the right one. I think it’s good for students to know that you have to believe in your agent, but it has to be vice-versa; he has to believe in you and in your work. 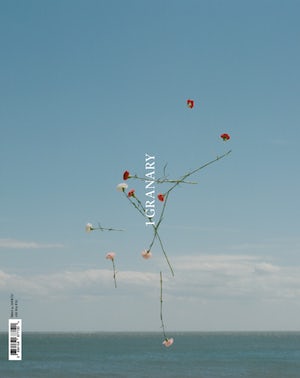 AS: And what do you think of the fashion world at large? There’s been a lot of high profile designers moving around lately, and a certain sense that something should change. Does that affect your work?

WV: Not really, I think for a photographer that’s just the way it is. If you are with a house, that means you are with the designer that works for the house. The minute that person changes, then you are almost automatically taken away from that house, and that’s normal. There needs to be some kind of break. But now, everything goes faster and faster, and I think in that sense it’s just what the fashion world has become. It’s instant.

AS: Do you think that’s a good thing, this faster pace?

The complete interview with Willy Vanderperre appears in the fourth issue of 1 Granary, the magazine from students and graduates of Central Saint Martins and the Royal College of Art in London, Parsons in New York and the Royal Academy of Fine Arts’ Fashion Department in Antwerp. The issue also features exclusive interviews with Dries van Noten, Bruce Mclean and Peter Philips, plus business advice from Didier Grumbach, Jo-Ann Furniss and Sarah Andelman. It is available to buy in stores and online at 1Granary.com from November 8.