WSJ. Magazine’s Tenth Anniversary Issue Is Big, But Its Digital Ambitions Are Bigger

The newspaper’s lucrative luxury supplement is marking a decade in print with its biggest issue yet — and investments in its digital future.

WSJ. Magazine’s Tenth Anniversary Issue Is Big, But Its Digital Ambitions Are Bigger

The newspaper’s lucrative luxury supplement is marking a decade in print with its biggest issue yet — and investments in its digital future.

The anniversary issue, as they often do, marks a new chapter for The Wall Street Journal’s monthly luxury leisure magazine. Available on newsstands and sent to weekend print subscribers each month — which count about 1 million in the US, according to the Alliance for Audited Media — the title is a reliable print advertising revenue driver for the newspaper. While fashion magazines are suffering as luxury advertisers shift more of their spending online, newspaper supplement magazines have continued to thrive because they have built-in audiences who are often older and wealthier than that of monthly magazines. Plus, these supplement magazines provide a more luxury-safe environment for ads than the newspaper itself.

But this month, WSJ. Magazine is starting to make serious investments in digital in order to engage more often with its readers, who have an average household income of $348,761 in 2018. 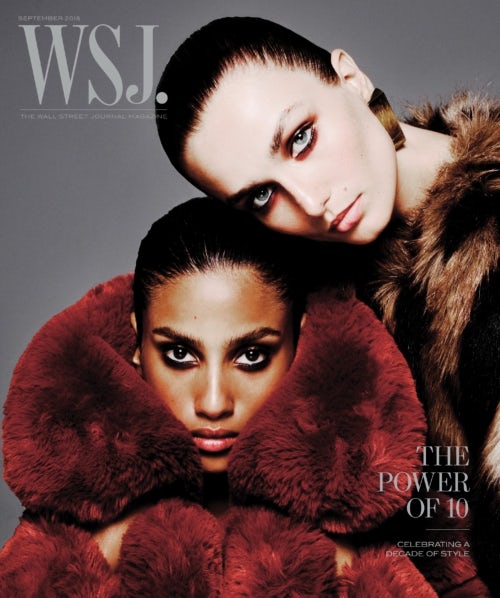 The magazine's vice president and publisher Anthony Cenname sees untapped opportunities for the magazine online, especially as luxury brands move towards a “drops” model of more frequent and smaller product releases. “They will need something that is extremely tactical and tasteful in order to create more ‘want’ around that drop,” he said. Expanded online coverage will therefore need to engage younger readers than the magazine’s typical audience, age 49 on average in the United States. On WSJ.com, the average age of the reader is 43.

Up until now, the WSJ. Magazine’s website has almost exclusively published print content. This summer, O’Neill launched a newsletter to keep the conversation going in between the weekends the monthly magazine is released.

“The whole organisation is digital-first, and while we do this very special print product, we still want to be not just a one-time-a-month experience,” said O’Neill. She hired Sarah Ball from Condé Nast’s GQ as the magazine’s digital director in early August and plans to build that department with more hires to address multimedia, social media strategy and other roles.

WSJ. Magazine’s website expansion could also attract more digital subscribers or "tip the balance" for individuals who are considering buying a subscription, said Rick Edmonds, The Poynter Institute's media business analyst. He also said an expanded website could give regular readers more reason to engage with the title.

The WSJ. Magazine is still a bright spot for the newspaper. The September edition is its largest and most revenue producing issue to date, up 3 percent year-over-year. Last September was also the magazine’s biggest issue to date, underscoring just how important newspaper magazine supplements continue to be in an age of declining print revenues and fragmented audiences.

As more and more budgets for glossy are shrinking, it looks like WSJ is getting more of a large percentage of that pie.

“Research shows that magazines actually do much better when it comes to luxury than online does, I don’t know how long that will last,” said Cenname. “As more and more budgets for glossy are shrinking, it looks like WSJ is getting more of a large percentage of that pie.” The issue features 18 new advertisers, and a 25 percent increase in American fashion brands such as St. Johns and Ulla Johnson. The magazine is also breaking new campaigns, including a Chanel gatefold. 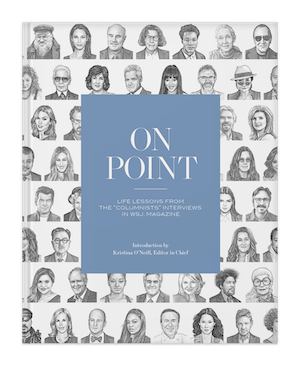 "For both The Wall Street Journal and The New York Times, the whole luxury magazine category has been both very good and very profitable, and growing very steadily," said Edmonds.

In addition to its annual celebrity-heavy Innovator Awards, the title branched out into events last year with D.Luxe, an offshoot of the newspaper’s D.Live event series. In November, the magazine’s programming will be incorporated into the main event when the conference heads to Laguna Beach and feature three guest speakers that are sure to draw a crowd: Goop’s Gwyneth Paltrow, Instagram’s Kevin Systrom and comedian Kevin Hart.

In the meantime, O’Neill is celebrating the magazine’s 10-year anniversary with the publication of a new book, “On Point: Life Lessons from the 'Columnist' Interviews in WSJ. Magazine” that looks back at a recurring feature she introduced when she arrived at the magazine five years ago. Each month, six personalities from fashion, art, Hollywood and more “weigh in on a single topic,” such as discipline, milestones, love and envy. “These voices represent what WSJ stands for,” she said.

O’Neill is also prioritising fresh perspectives when it comes to the magazine’s fashion coverage. September features a 20-page editorial by Ethan James Green, a photographer in his late twenties, shot on location in Maheshwar, India. “You don’t really see these types of stories in magazines anymore,” she said. 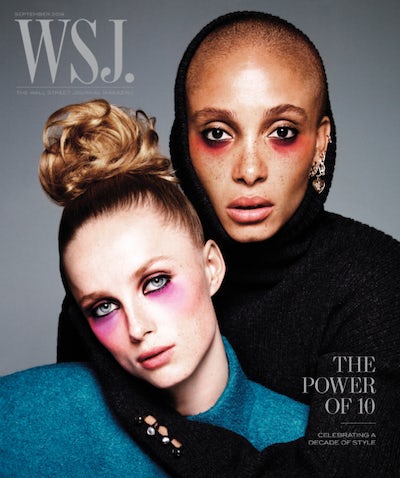 As for stylists, the magazine is working with emerging creatives such as Alexandra Carl, Charlotte Collet and Emilie Kareh as well as more seasoned contributors such as Cortina, Anastasia Barbieri, Clare Richardson, Geraldine Saglio,Ludivine Poiblanc. For photographers, the magazine works with Josh Olins, Lachlan Bailey, Jamie Hawkesworth, Mikael Jansson and Annemarieke Van Drimmelen and has plans to work with Tyler Mitchell (of newly minted Vogue fame) in addition to more well-known names such as Juergen Teller, Mario Sorrenti and Inez and Vinoodh.

“We don’t always approach fashion from such a hyper-directional, seasonal point of view,” continued O’Neill, flipping to the cover story inside, where the models are also photographed in their natural hair and makeup. For O’Neill, these models represent the WSJ. Magazine woman: ambitious, adventurous, entrepreneurial. But with an appreciation for style. “I think it’s important for us to remind people that fashion is a tentpole, it’s one of our biggest areas of interest. It was fun to go all in.”