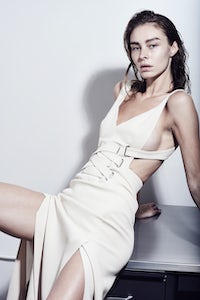 LOS ANGELES, United States — “It goes back to designing with no rules,” says Anglo-Italian designer Natalie Ratabesi about taking the leap to launch her own womenswear label. Tre, which will debut during Resort 2018 at Bergdorf Goodman, Saks Fifth Avenue, Net-a-Porter and Forward by Elyse Walker, is produced in Italy and Los Angeles and blends a streetwear aesthetic with more upmarket materials and techniques. 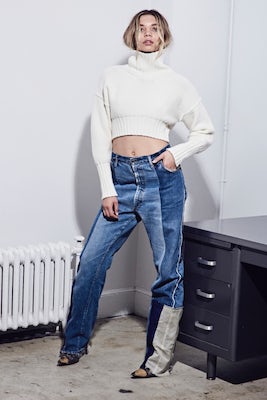 For the Central Saint Martins alum, who currently resides in Los Angeles, the self-funded line is no shot in the dark. Instead, it follows a successful career spanning two decades, which started in the early 2000s when Ratabesi worked at Christian Dior under then-women's creative director John Galliano. She subsequently held senior roles at Ralph Lauren, Oscar de la Renta and Gucci, before returning to Ralph Lauren in 2010 as senior creative director.

“I respect Ralph Lauren so much. He always followed his gut instinct,” says Ratabesi, who exited the company in 2012 to design Alberta Ferretti’s Philosophy line. In 2014, she headed to Los Angeles for a posting at contemporary sportswear label Vince, but was soon wooed by Kanye West to serve as creative director on the commercially successful Yeezy Season 4.

“[At Yeezy,] there were no rules in the beginning, just young people doing creative things in the office without being worried about what sells," she says. "When I finished that experience... I felt like it was the right time to [launch my own line]." 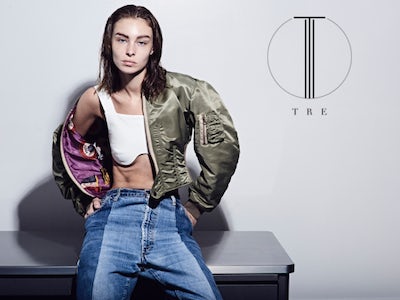 The collection's swift pick up at retail indicates that buyers are confident in Ratabesi's ability. That's likely thanks to her reputation — and chock-full CV. She says that some of Tre’s most avant-garde designs, including $1,200 low-crotch jeans patch-worked with a Cuban Flag from 1937, are among the line’s best-sellers. Other popular designs of the anticipated collection include open-backed dresses with straps, structured leather bralettes, and oversized multi-functional sweatshirts and hoodies.

“Even the most amazing houses, recently, are driven by buying and selling,” she says. “I just want to do me, so I’m doing things that I didn’t think were commercial and people are responding to it.”

Overall, it feels like a fresh start for Ratabesi, who has already expressed her interest in expanding the line into accessories in the near future. “Sometimes you get into the position of not lifting a finger when you have 20 designers working for you," she says. "[With Tre] I’m running to fabric stores and there’s something really fun about it.”