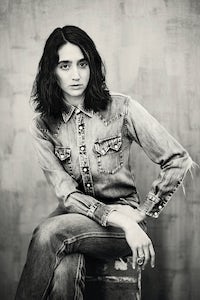 Chloé has appointed Natacha Ramsay-Levi as creative director of the French fashion house, confirming earlier reports in January that Ramsay-Levi would take the helm after the departure of Clare Waight Keller.

Ramsay-Levi, who will commence her new role on April 3, will be responsible for Chloé’s ready-to-wear, leather goods and accessories lines, joining the company from Louis Vuitton where she has been the creative director of women’s ready-to-wear for the past four years.

Her first collection for Chloé, which is owned by Swiss luxury goods conglomerate Richemont, will debut in September, for Spring/Summer 2018. Ramsay-Levi succeeds Waight Keller, who left Chloé last week after showing her final collection for the label.

“I am particularly happy to welcome Natacha to Chloé. Her extensive experience at two prestigious fashion houses and her creative energy will further expand the maison… at the intersection of Parisian couture savoir-faire and the youthful attitude of the Chloé girl,” said Geoffroy de la Bourdonnaye, president of Chloé, in a statement.

“I am very proud to join a house founded by a woman to dress women,” said Ramsay-Levi said in a statement. “I want to create fashion that enhances the personality of the woman who wears it, fashion that creates a character and an attitude, without ever imposing a look.”

Ramsay-Levi, a longtime right-hand to Louis Vuitton women’s artistic director Nicolas Ghesquière, is known for her work on Ghesquière’s pre-collections at Balenciaga, where he was at the creative helm for 15 years. She will become the eighth creative director at Chloé since it was founded by Gaby Aghion in 1952.

The move comes at a time of destabilisation in creative departments of the fashion industry, which has recently seen Riccardo Tisci leave Givenchy after 12 years in the role, as well as new appointments including at Christian Dior with Maria Grazia Chiuri and Yves Saint Laurent with Anthony Vaccarello, to name but a few.

Analysts estimate Chloé, Richemont's biggest fashion brand, generates sales of around 400 million euros (around $424.5 million), and in its last quarterly sales report, Richemont said that growth from Chloé helped its other businesses report an overall rise of 7 percent in growth during the third quarter ended December 31. — Limei Hoang

BCBG Max Azria Group LLC has announced the appointment of Bernd Kroeber as executive vice president and creative director, as well as the departure of chief creative officer Lubov Azria, who is the wife of the Los Angeles-based brand’s founder, Max Azria.

The changes come as a result of the company filing for bankruptcy. BCBG Max Azria has closed 120 retail stores as part of the restructuring and is also taking steps to consolidate its operations in Europe and Japan.

Kroeber has been employed by BCBG Max Azria since 2007. He most recently served as Vice President of Design for BCBGeneration, re-launching the brand in 2014 to both industry and consumer acclaim. Prior to joining BCBG Max Azria, Mr. Kroeber was Design Director at Elie Tahari and Strenesse.

“The steps we are taking now, to address the shift in customer shopping patterns and the growth of online shopping, will allow us to focus on our partner relationships, digital, e-commerce, selected retail locations, and wholesale and licensing arrangements. The chapter 11 filing will further aid the implementation of these steps and overall strategy while we explore opportunities to recapitalise the company and profitably expand our international footprint.” — Osman Ahmed