One of Seoul's most exciting emerging streetwear labels, Pushbutton will show its collection at London Fashion Week for the first time as it eyes global expansion.

One of Seoul's most exciting emerging streetwear labels, Pushbutton will show its collection at London Fashion Week for the first time as it eyes global expansion.

LONDON, United Kingdom — Named after a line in the Madonna song “Hollywood,” Pushbutton has been one of the hottest tickets at Seoul Fashion Week since former K-pop star Park Seung Gun introduced his first collection in 2010. Now, the brand — known for its '80s style and playful silhouettes — is making a play overseas where it will host its first runway show at London Fashion Week.

Speaking to BoF, Park said that the opportunity to show in London came about after winning a competition held as part of Seoul Fashion Week Autumn/Winter 2018, which offers support for one brand to host an international fashion show. The timing, he said, is “perfect” because “we signed a contract with the Paper Mache Tiger showroom two seasons ago and [have been planning for] our first sales to happen in the Spring/Summer 2019 season.”

The inspiration for Pushbutton’s upcoming show  is “customising the silhouette,” said Park. He noted that a key feature of the collection was that “the clothes do not have a single fixed shape. The wearer can change the silhouette of the clothes through details such as tabs to form a preferrable shape.” Edge and wearability has long been a key focus of Park’s designs (all his garments have pockets, for example). 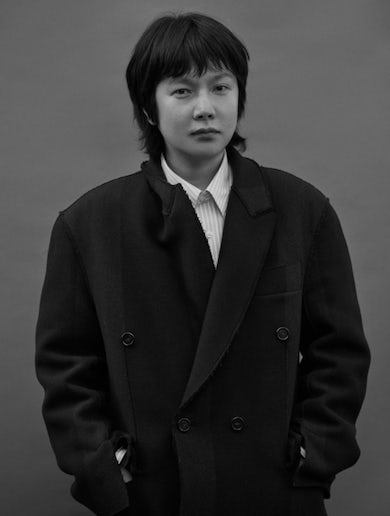 Unlike many of his contemporaries, Park didn’t formally study fashion and entered the industry by way of music. At 19, he enrolled in a fashion design course in Seoul but dropped out when he was discovered at a local karaoke joint and became a singer instead. But while putting together his second album, the artist had an itch to return to design. Pushbutton was an immediate hit with local celebrities thanks to its fun and youthful designs that complemented the K-pop aesthetic.

But beyond its local market, Pushbutton also has 39 stockists worldwide including Net-a-Porter, Browns Fashion and Luisa Via Roma. The label appealed to Silvano Vangi, Luisa Via Roma’s head buyer of luxury womenswear, who picked up the brand for Autumn/Winter 2018, because “it represents the upcoming underground Korean generation,” he said. Vangi predicted the line, which hits stores in October, would appeal to “millennials looking for newness” and key styles included “the hooded knitwear."

Park is among a wave of new Asian design talent that have recently joined the London Fashion Week schedule, such as Chinese-born Xu Zhi, who presented his first on-schedule show last season, featuring oversize outerwear and midi dresses decorated with his signature braiding techniques, and Yuhan Wang, a graduate of Central Saint Martins' MA Fashion course, who will present her collection as part of Fashion East.

The designer hopes to follow the footsteps of Korean designers, including Juun J, Wooyoungmi and Steve Jung and Yoni Pai, the duo behind popular brand SJYP, all of whom have shown abroad and later became global successes.