The Amsterdam-based footwear brand, known for its minimal sneakers, wants apparel to account for 40 percent of its total revenue by 2025. 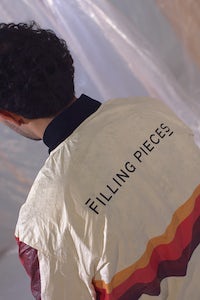 The Amsterdam-based footwear brand, known for its minimal sneakers, wants apparel to account for 40 percent of its total revenue by 2025.

Marking the Amsterdam-based brand's first venture into ready-to-wear, the capsule will be followed by a permanent seasonal clothing line for Pre-Fall 2018, which will be carried at five key retail partners including Barneys in the US, Ssense in Canada and Gr8 in Japan.

"We're at that moment now where we're in the right doors and to expand the universe of our brand, we need to branch out of just footwear," says Filling Pieces founder and architect graduate Guillaume Philibert, who was approached by Barneys — an early supporter of the brand — to collaborate on an apparel line over a year ago. 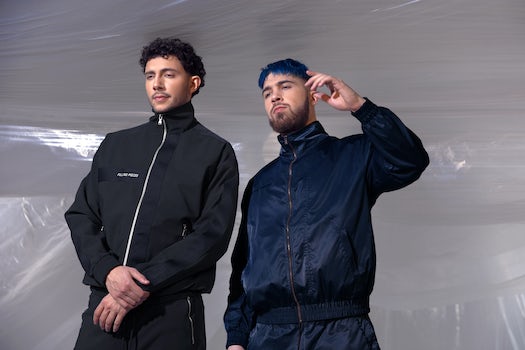 Founded in 2009, Filling Pieces was one of the early adopters within the $55 billion sneaker market that bridged the gap between athletic shoes and luxury footwear. The brand quickly gained global traction for its contemporary, minimalist aesthetic offered at accessible price-points.

"Once we were stocked at a number of stores in the US, UK and France, Kith [a New York streetwear mecca] was about to open. [Kith owner] Ronnie Fieg and I became friends and he wanted to collaborate for his new store," says Philibert.

A clever social media strategy paired with celebrity endorsement from influential figures like Zayn, Bella Hadid and Chris Brown helped the sneaker brand grow its stockists to 500 in 2017. Since then, Filling Pieces — with the help of a private partner who came on board in 2013 and today holds a minority stake in the company — has seen revenue grow by 130 percent CAGR over the last five years, generating €20 million ($23.5 million) in revenue in 2017.

Apparel will be a crucial part of the brand's future growth, according to Philibert. By 2025, he projects ready-to-wear will make up 40 percent of the business, with 50 percent of the revenue coming from footwear and the remaining 10 percent from accessories like bags and small leather goods. "It's a niche brand that's not always accessible, especially our more contemporary pieces, so expanding the Filling Pieces universe [and] moving into ready-to-wear will hopefully give us more visibility," says Philibert.

Will Luxury Streetwear Get Millennials Into Department Store?