Launched earlier this year, Nyden will remain open, but will now be sold via HM.com. 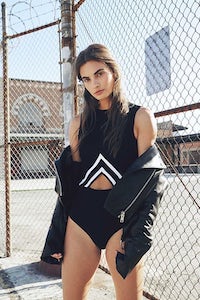 Launched earlier this year, Nyden will remain open, but will now be sold via HM.com.

STOCKHOLM, Sweden — H&M is rethinking Nyden, the experimental brand it launched earlier this year. While Nyden will continue on, it will now be sold via HM.com in addition to its own website, BoF has learned.

“By integrating the Nyden name, creative concept and learnings into HM.com we see great potential for the future way of working when it comes to being agile and testing new ideas for our customers,” a spokesperson for H&M said in a statement.

The reorganisation resulted in the layoff of 12 employees in Los Angeles. A certain number of LA-based employees will remain with Nyden, as will the team in Stockholm.

“The project has been in a development stage, giving us the opportunity to test several ideas with good insights,” the spokesperson said. “Now the project is moving to the H&M platform, still under the Nyden name, to further develop the results on a larger scale with greater potential.”

Nyden is one of many brands in the H&M portfolio, which also includes minimalist line COS, fashion-driven & Other Stories and upscale-basics play Arket. But unlike those roll-outs, H&M did not immediately open physical Nyden stores, experimenting with the idea of one-off releases instead and using Nyden.com as its flagship. The move not to open stores was indicative of H&M’s desire to gain more digital ground as faster, savvier competitors like Boohoo and ASOS have stolen some of their market share. The group’s e-commerce sales in 2017 were nearly $3.7 billion, but that’s just 12.5 percent of total sales.

Changes at Nyden were not unexpected given the July 2018 exit of creator Oscar Olsson, who positioned the brand in the press as a drops-based, seasonless line driven by community influencers who helped “co-create” the clothing.

When reached via email, Olsson declined to comment on Nyden’s status. (According to LinkedIn, Olsson is now chief marketing officer of Eton Shirts.) However, in a never-published interview conducted earlier this year with BoF, he said that Nyden was the result of four years of “research and experimentation” at H&M, where he was the creator and head of the fast-fashion giant’s Innovation Lab.

The goal, he said, was to appeal to the “tribe era” of consumers.

“If we go way back to who we are and how our brains function, we are social creatures to begin with and form ourselves in groups and in the tribe format, and that’s empowering to people, and how we like to behave,” he said. “In the 1900s, the structure was a few select people or brands that had to tell the mass market what they should wear and that structure is falling to pieces with the internetification of fashion.”

H&M declined to say what direction it planned to take the brand, noting it had tested ideas around AI, product development and new ways of working with influencers.