In another shake-up by Lanvin’s owner Fosun International, Lucas Ossendrijver is departing after 14 years designing menswear, while market reports suggest Loewe’s Bruno Sialelli is in the frame to take over. 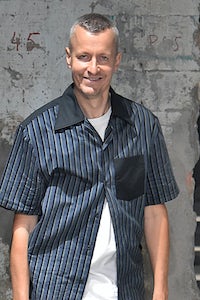 In another shake-up by Lanvin’s owner Fosun International, Lucas Ossendrijver is departing after 14 years designing menswear, while market reports suggest Loewe’s Bruno Sialelli is in the frame to take over.

While a replacement for Ossendrijver has not yet been named, market sources cite Bruno Sialelli, head of menswear at Loewe, as a potential successor. Sources say he is in talks to design both the men’s and women’s collections, following the departure of Olivier Lapidus, the most recent artistic director of womenswear, in March — less than a year after his appointment. Lanvin wasn’t immediately available for comment.

Sialelli has been menswear designer at Loewe since 2016, and before that held roles in womenswear at Paco Rabanne, Acne Studios and Balenciaga, having graduated from Studio Berçot. Lanvin is said to have previously held talks with designers including Haider Ackermann and Simon Porte Jacquemus for the role.

Fosun’s acquisition, and the reported €100 investment it plans to spend to get the label back on track, has led to various changes to the house, including the appointment of LVMH veteran Jean-Philippe Hecquet as chief executive.

“The number one priority is, of course, to bring back the creativity,” he told BoF in August, adding that he hopes to hire a head designer by the end of the year. “Clearly our objective and our goals are very ambitious, and the road may be a bit bumpy,” he conceded. “It’s never easy to bring back to life a luxury brand.”

Lanvin and Fosun Fashion Group chairman Joann Cheng also highlighted the importance of hiring a creative. “The first priority is to recruit the right design team to create appealing and well-managed collections to reinterpret the brand DNA and the clothes in a powerful and modern way,” she told BoF in July.

At its peak in 2012 the fashion house boasted revenues of €235 million, but hit a downward spiral after long-time creative director Alber Elbaz was pushed out by Taiwanese businesswoman Shaw-Lan Wang, the house’s previous owner, in 2015. The label became unprofitable for the first time in a decade in 2016 when it lost €18.3 million. In 2017, losses are said to have increased to €27 million.

Market observers are quick to point out that while the vacuum left by Ossendrijver clears the way for a total creative reboot, time is now ticking to fill the void and unite Lanvin menswear and womenswear under a creative leader who can compete with luxury’s top names. In a statement released today, Lanvin indicated that it will announce Ossendrijver’s successor “shortly.”