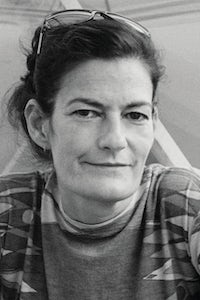 Edward Enninful, incoming editor-in-chief of British Vogue, has announced his first editorial hire, appointing Venetia Scott fashion director of the London-based title. Scott, an acclaimed stylist and photographer, will replace Lucinda Chambers, who resigned in May after 36 years at the magazine.

“Visionary, influential and inspiring are overused terms, but in this case appropriate to describe Venetia’s work,” said Enninful, who has collaborated with Scott in his previous role at fellow Condé Nast title W. “Venetia will continue the legacy of creativity and innovation for which British Vogue is known, positioning it for its next century.”

Scott’s appointment is effective 10th July and comes amidst what is expected to be a wider shake up at British Vogue, as Enninful positions himself to make his mark at the magazine.

Scott began her career at British Vogue as an assistant to Grace Coddington, before cementing her status as a stylist working for magazines including the British and Italian editions of Vogue, as well as The Face, i-D and Arena. In 1997, she began working closely with Marc Jacobs on his namesake brand, becoming creative director in 2001, responsible for directing the Marc by Marc Jacobs line and associated accessories. In 2005, she moved into photography with an emphasis on a soft palette and outdoor settings, and became an even broader contributor to a large roster of fashion publications. — Osman Ahmed

The New York-based prestige beauty conglomerate announced Wednesday that it will shut down Estée Edit, a millennial-targeted line of makeup and skincare designed specifically for Sephora, by the end of September.

Estée Edit launched in March 2016 with models Kendall Jenner and Irene Kim at the helm of a widespread marketing campaign that included a special Vogue issue with Jenner on the cover. Its arrival coincided with the heritage brand’s major push into Sephora, one of the key specialty multi-brand retailers that have outpaced department store beauty counters in sales, and a new focus on digital marketing.

“After a year of valuable insights and learnings, we have decided that a separate brand in North America dedicated to recruiting millennials is no longer necessary,” said a representative of Estée Lauder in a statement. “We are committed to our partnership with Sephora and we are working closely to strengthen our business in Sephora and develop exciting new programs.”

The company will also shutter the first and only stand-alone Estée Edit store on Carnaby Street in London by September, which opened to serve UK customers in the absence of Sephora in the country. — Chantal Fernandez