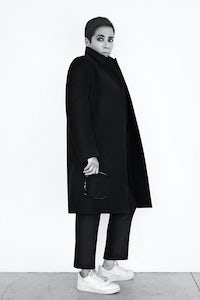 Elle editor-in-chief Robbie Myers announced Tuesday that Ruba Abu-Nimah will succeed Alex Gonzalez as creative director of Hearst’s fashion-focused magazine. Her appointment marks the first time the American edition, launched in 1985, will have a woman in the influential visual role. Gilles Bensimon held the title from founding until 2007, followed by Joe Zee and then Gonzalez in 2014.

“We’re thrilled to have the first female creative director, but that’s not why we are hiring her,” says Myers, touting Abu-Nimah’s deep relationships with photographers and brands. “Her work speaks for itself.”

Abu-Nimah is returning to publishing after many years in the beauty space — she is currently the global creative director at Shiseido and previously spent eight years at Bobbi Brown — and will begin her role on May 15.

Myers says the visual DNA of the magazine has a strong foundation, and she sees Abu-Nimah continuing the evolution that Gonzalez started three years ago. In March 2016, Elle debuted a bolder, cleaner visual identity and larger trim size to emphasize the premium nature of the print product.

“During Alex’s tenure, we were really able to sharpen this expression of this kind of young creative in the world, this young woman who wants to be part of the cultural conversation, and how that’s expressed visually,” Myers says. “I think Ruba is very much a woman in that mold.”

“I think her taste level is exquisite,” Myers continued. “Very much in the way Elle does, she sees the woman in everything.”

Gonzalez, whose next move is not yet known, is not the only top level Elle editor departing this year: Fashion news editor Anne Slowey stepped down after the holidays after 18 years at the title, but remains a contributing writer. — Chantal Fernandez

House of Fraser to revive Issa after acquiring the rights to the shuttered fashion brand for an undisclosed sum.

The British department store chain will relaunch the Issa brand for the Autumn/Winter 2017 season. Unlike Issa's previous upscale offering, which was stocked at Selfridges and Barneys New York, the new product will be accessible, with prices ranging from £79 - £199 ($102 - $257). 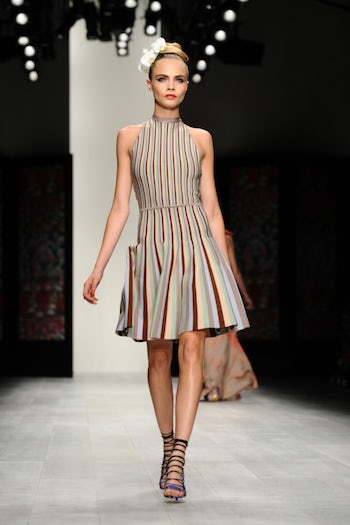 House of Fraser's acquisition will represent a return to the market for Issa, which folded in 2015, four years after Camilla Al Fayed acquired a 51 percent stake in the brand, and two years after the exit of founder and creative director Daniella Issa Helayel.

The label was not without its fans. Helayel, who founded the brand in 2001, earned a loyal following for her colourful silk-jersey dresses, including the Duchess of Cambridge, who famously wore the brand when she announced her engagement to Prince William in 2010. Indeed, House of Fraser's acquisition may be an effort to harness what remains of the "Kate Effect" halo surrounding the brand.

This is not the first time House of Fraser has brought a much-loved British label into its own-brand stable. It acquired the rights to Sixties favourite Biba in 2009, later bringing on founder Barbara Hulanicki as a consultant. Whether House of Fraser will work with Helayel in a similar capacity remains to be seen. The department store group, which is owned by China's Sanpower, is in the midst of an overhaul that will see it cease production of less-successful fashion brands and introduce more bars and restaurants into its stores.

For her part, Helayel recently launched a new brand, Dhela, the first season of which features dresses bearing many of the Seventies-inspired hallmarks of her Issa designs. Stockists include Harvey Nichols and Stylebop. Dhela will also be sold via a direct-to-consumer website. — Tamara Abraham