In today's News Bites, Hypebeast adds a new content vertical for the parents in its audience. 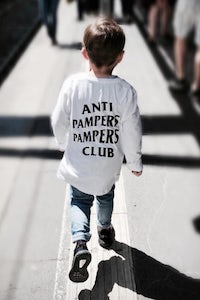 In today's News Bites, Hypebeast adds a new content vertical for the parents in its audience.

The Hypebeast audience is growing up and having kids. So now, a little over a year after the sneaker blog-turned-content and commerce destination applied for an initial public offering on the Stock Exchange of Hong Kong’s Growth Enterprise Market, the media company is adding a new vertical to its portfolio of sites. On Monday, Hypekids officially launches to cater to the evolving needs of its streetwear-obsessed audience.

“I think its a natural progression for us,” says Kevin Ma, who founded Hypebeast in 2005 and is now its chairman and CEO. “It all connects together.” He cited the success of Hypebae, the dedicated women’s vertical launched in February 2016, as an example of the way the company is expanding to cater to different audience groups within its niche.

Hypekids, which will launch with Kids Foot Locker as a sponsor, will include style news and features on designers with their kids, such as Public School’s Dao-Yi Chow and Opening Ceremony’s Humberto Leon. More children’s items will become available on Hypebeast’s global e-commerce platform, HBX, as well.

In March 2017, all of the company’s digital media platforms — which include the aforementioned properties as well as Popbee, a website that targets Asian female millennials — attracted 9.9 million unique visitors, up 64 percent year-over-year.

Hypebeast now has more than 132 employees and a network of freelancers around the world, and makes money through advertising services and its e-commerce business, most of which operates on an inventory model.

In February 2017, the company launched a creative agency arm, Hypemaker, to amplify many of the in-house content services it had already been offering brands. In the most recent fiscal year, digital media (including advertising) accounted for 70 percent of revenue, while in 2015, e-commerce had made up a little more than half the business.

“I don’t think we maximised our potential,” says Ma on Hypemaker. “[It was] time for us to go out there and tell the world, ‘Hey we have this great brand, Hypebeast, Hypebae and Hypekids in the future, and brands should come and work with us.’ That’s when the revenue growth started to happen on the media side.”

“For us, it’s really about creating a good product and letting people enjoy the product — and hopefully the income and advertising and e-commerce customers will come,” Ma continues when asked about building a successful content and commerce business — a space that has plagued many publishers. “We are also in a different lane, we are quite specific in what we talk about and sell — and maybe it’s better that way.” — Chantal Fernandez

Editor’s Note: This article was revised on 17 July, 2017. An earlier version of this articles mentioned Hypetrak, a music publication and app, as part of Hypebeast's portfolio. It was shut down in 2016.