Porter Magazine Partners with Parley for the Oceans

In a collaboration that merges content, commerce and cause, Porter is dedicating its Summer Escape issue to plastic pollution and joins the AIR pledge to become a plastic-free publication by 2019. 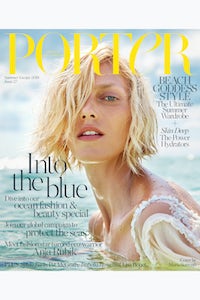 Porter Magazine Partners with Parley for the Oceans

In a collaboration that merges content, commerce and cause, Porter is dedicating its Summer Escape issue to plastic pollution and joins the AIR pledge to become a plastic-free publication by 2019.

LONDON, United Kingdom — Porter Magazine is partnering with environmental non-profit organisation Parley for the Oceans in a 360-degree project that merges content, commerce and cause to highlight the effects of plastic pollution and call on the fashion industry to revamp its sustainability efforts.

Dedicating its Summer issue, which launches on June 1, to raising awareness of plastic pollution, Porter has an oceans theme running throughout, with a 63-page “Ocean Portfolio” that features a cover shoot of model and Parley ambassador Anja Rubik in the Maldives, photographed by Mario Sorrenti. The issue also includes an interview by Parley founder Cyrill Gutsch with oceanographer Sylvia Earle, and numerous calls to action, describing how readers can effect change.

The oceans campaign will run for two months across Porter Digital, daily digital content published on Porter.com, under the hashtag #PlasticNotFantastic. Ocean-focused content will also be present both in print and online. “As a magazine and publishing operation, it’s been a wake-up call,” Lucy Yeomans, editor-in-chief of Porter, told BoF. Over 8 million tons of plastic enters the ocean every year, and 40 percent of plastic produced is packaging used just once and then discarded. 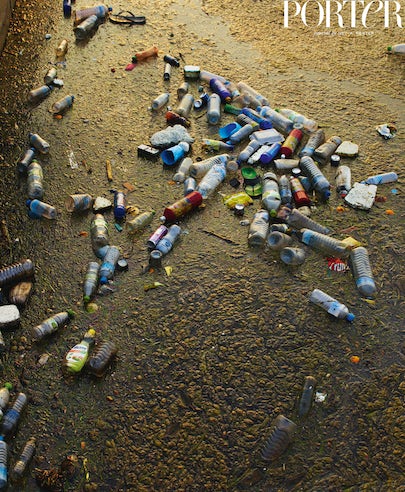 It marks the second year that Porter has dedicated an issue to a cause: last year’s Summer Escape issue, in partnership with Tiffany & Co., supported the charity Save the Elephants. “At Porter we have so many levers to push,” said Yeomans. “There’s a creative element to it, a product element, but also the ability of fashion to be a force for good and positive change is exciting. As a global publishing operation, we can talk to a global audience and have direct connections to the retail side.”

Indeed, on the Net-a-Porter site, readers will be able to purchase items created as part of Parley and Corona's Clean Waves, a new fundraising platform aimed at boosting the use of innovative materials, including Parley’s own “Ocean Plastic,” made from upcycled plastic waste from oceans. The first pieces available will be Adidas x Parley sneakers and a Clean Waves eyewear collection, made of Ocean Plastic. All proceeds will go to support the cause, and with every 100 pairs of sunglasses sold, Parley will expand their commitment for another island for one year.

Porter’s commitment to sustainability is what attracted Gutsch, whose organisation works with businesses and industries that have the most plastic consumption. “It’s a very traditional industry where companies are resistant to change,” he said. “The more luxurious you get, the slower the process gets, down to zero — total avoidance.”

As a magazine and publishing operation, it’s been a wake-up call.

Following meetings with Gutsch and the Parley team, Porter has taken a pledge to commit to reducing plastic use in the workspace. “The transformation in our building has been extraordinary,” said Yeomans, noting that her Porter magazine colleagues at London’s Westfield headquarters no longer use plastic cups and plates, and the magazine is also looking for ways to eliminate all plastic packaging by 2019. (The Summer issue will be delivered in paper envelopes to subscribers.)

Yoox Net-a-Porter has also been involved in conversations about achieving more sustainable practices. “Behind closed doors we’ve worked out a long-term roadmap for five to ten years,” said Gutsch. “There are hard commercial [decisions] to be made, but Parley works to find clever ways to make it happen,” added Yeomans.

How Fashion Brands Can Help Turn the Tide on Ocean Pollution