Sibling is to cease trading after nine years in business.

The London-based label, founded by Sid Bryan, Cozette McReery and the late Joe Bates, announced on Thursday afternoon that it would be closing its studio and winding down operations.

"Sibling is now on hiatus and liquidators have been appointed voluntarily to assist in winding down the business and studio," a representative told Vogue.co.uk. "Cozette and Sid thank everyone who has been a part of Sibling and the joyful Sibling squad over the years”.

Sibling's news comes at a challenging time for small designer brands on both sides of the Atlantic, particularly those operating without outside investment and dependent on a wholesale model. In the last year alone, Ohne Titel, Suno and Jonathan Saunders have shuttered and will likely not be the last of the younger designer brands to face financial challenges.

Of course, this may not be the end for Sibling. The use of the word "hiatus" indicates that there may be a second act to come. Certainly, many of the world's most famous labels have shuttered or faced bankruptcy before finding eventual success, among them Christian Dior, Calvin Klein and Tommy Hilfiger.

Sibling's final show was at London Fashion Week Men's in January 2017 and included both menswear and womenswear. — Tamara Abraham

The first step in a consumer’s path of purchase is increasingly through search, a new study has revealed.

A luxury brand’s online search popularity has a direct impact on its business performance, according to a new study by Monitor Deloitte. 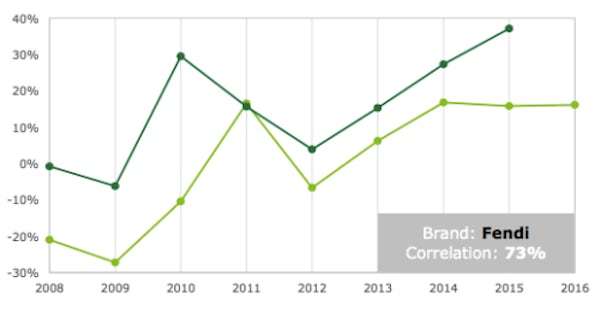 “There is obviously a very strong correlation between the presence of a brand’s popularity within the Google UK domain and their UK revenue figures, says Nick Pope, fashion and luxury lead at Monitor Deloitte UK. “The [results] illustrate the fact that a digital touch point for a consumer is more than about the digital channel of commerce, it’s about how the first step in any consumer’s path of the purchase is through search.”

“We are seeing a lot of those guys on the investment side and on the equity and research side, start to look at how social, search or any other physical open source data is able to be used to get a better line of sight on how brands’ potential performance may be increasing or decreasing,” says Pope. Indeed, for people looking to predict or project luxury business performance, search trends may be the first point of call.

Other industries have been quicker to place digital at the heart of their strategies, says Pope, but recent reports that LVMH is planning to launch an e-commerce offering and Yoox Net-a-Porter will begin selling brands on Whatsapp indicate that the luxury industry is beginning to better respond to the needs of modern consumers. — Limei Hoang

Hamilton and Burr, Elphaba and Glinda — Broadway loves to tell stories of epic rivalries, but rarely does that focus turn to the colourful world of fashion and beauty. And yet, the Great White Way’s newest production about competition focuses on two women whose duelling businesses not only shattered glass ceilings, but also brought beauty mainstream after World War II and set the foundation for today’s $80 billion US beauty business.

“War Paint” stars Patti LuPone as Helena Rubinstein and Christine Ebersole as Elizabeth Arden, the first female beauty industry icons to have their own names atop their businesses. The musical follows the women from the 1930s to the 1960s as they attempt to sabotage each other and maintain their success atop the luxury beauty market they created. 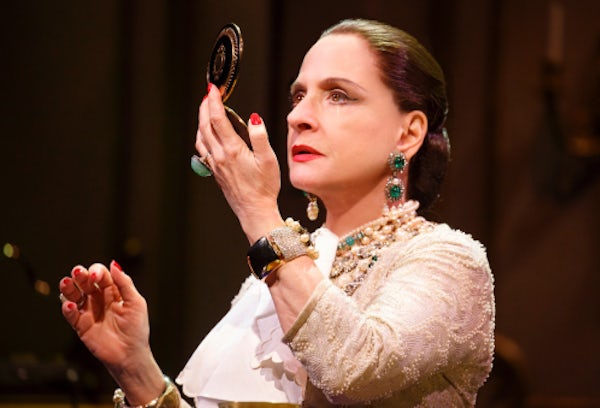 “I was a little bit shocked that we were the first major musical about the cosmetics industry,” said Doug Wright, the shows’s Pulitzer Prize-winning playwright. Based on a book of the same title by Lindy Woodhead, “War Paint” opened in Chicago last year and is in previews now in New York before opening April 7.

“I think the big challenge with this particular piece is [that] it celebrates women in business. And their journey is often very different from men,” said Wright. Both women were immigrants and built their businesses with little support, rising to become — at different points — the wealthiest women in the world. Hence their obsession with one-upping each other. “But these women were far too sophisticated to ever descend into catfights,” added Wright, who said their rivalry often resulted in product innovations, including Rubinstein’s invention of waterproof mascara in 1939.

“You always want to find characters that are so bold and so audacious and so full of need that they might be compelled to actually sing,” said Wright. The beauty and fashion world is certainly full of such larger-than-life personalities, though Broadway's productions about the industry have been rare. Katharine Hepburn starred as Coco Chanel in 1969 musical “Coco”, to mediocre reviews. Currently underway however, is a musical adaptation of “The Devil Wears Prada”, written by Elton John and Paul Rudnick. — Chantal Fernandez