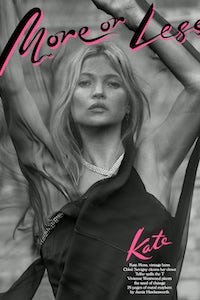 LONDON, United Kingdom — Glossy fashion magazines have long traded on curating the latest designer styles soon after they hit the runways. And while high-priced ready-to-wear remains central to their pages, these products only directly address the wealthy individuals able to purchase them, selling an aspirational fantasy to the majority of readers.

Taking a different approach is ex-British Vogue creative director Jaime Perlman, whose new bi-annual publication and digital platform, More or Less, showcases a range of styles from luxury clothing to vintage, army surplus, old school uniforms, DIY craft projects and everything in between. The magazine will live under Jaime Perlman Studio, which is Perlman's creative direction agency and consultancy founded in 2017. 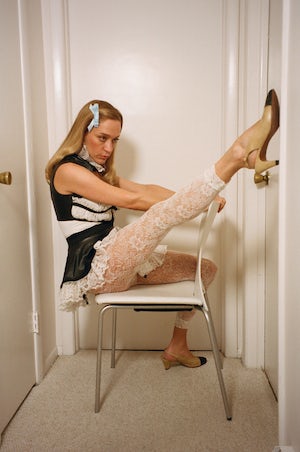 “I have nothing against expensive clothes but I thought it was interesting to have a platform where you can address these other ways of dressing,” said Perlman, explaining that More or Less was inspired by the many conversations she had with her peers in the fashion industry. “It’s about [making] style and luxury accessible to people of all socio-economic backgrounds.”

Initially, Perlman, who is editor and creative director of the title, wanted to keep all looks under £500 (about $663.80). But a conversation with Livia Firth, founder of Eco-Age and chairman of the Omina advisory committee, made her realise “you’re supporting unethical manufacturing practices if you’re not paying for what you’re wearing,” so she reset the parameters to £1,000.

The debut issue of More or Less features Kate Moss on the cover, shot in her own collection of designer vintage by New York-based photographer Ethan James Green. It includes interviews with socially conscious designers like Heron Preston and Telfar Clemens; an editorial starring Chloë Sevigny in a bargain basement; another featuring a collection of vintage T-shirts shot by photographer Jamie Hawkesworth. There is also Max Farago’s documentation of clothing, created by artists coping with developmental, mental and physical disabilities, and a collection of essays from environmentalists, including Vivienne Westwood. 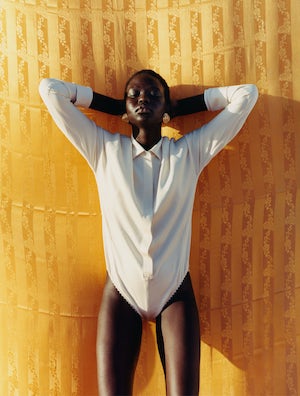 “We did end up delving in a lot of people’s personal collections and what clothes meant to people personally,” said Perlman. “When the garment has a history behind it, it adds another layer to the story and that kind of emotional resonance matters a lot now in fashion.

“My priority is to create something that’s different and provokes thought about the way people dress and shop,” she continued. “Maybe the magazine will be around for two years or 10, it’s hard to say what will happen.” As for her agency, Perlman aims to expand to the US by picking up more American-based clients in the upcoming year. “More or Less is just one of the many projects we are juggling at the agency in addition to our brand-focused projects.”

More or Less (£10 or $13) launches at Idea Books on May 31, followed by a number of selected retailers worldwide on June 1.

Editor's Note: This article was revised on May 31, 2018. A previous version of this article misstated that Mel Ottenberg had styled an editorial for the debut issue of More or Less magazine. This is incorrect. Ottenberg’s work is set to appear in a future issue.